Theoretically a maximum field size of 30 runners should make Irish Grand National betting a fairly needle-in-a-haystack pasttime, especially with an average winner’s SP of 22/1 in the last decade.

Fortunately there are some pretty compelling weight trends which could help narrow down the runners for Fairyhouse’s Easter Monday feature by up to a third.

With Gordon Elliott’s stated intent to run all 13 of his entries currently due to make the cut, the field is unlikely to change substantially between now and the race, leaving us free to bring this knowledge to bear on the Irish Grand National odds. 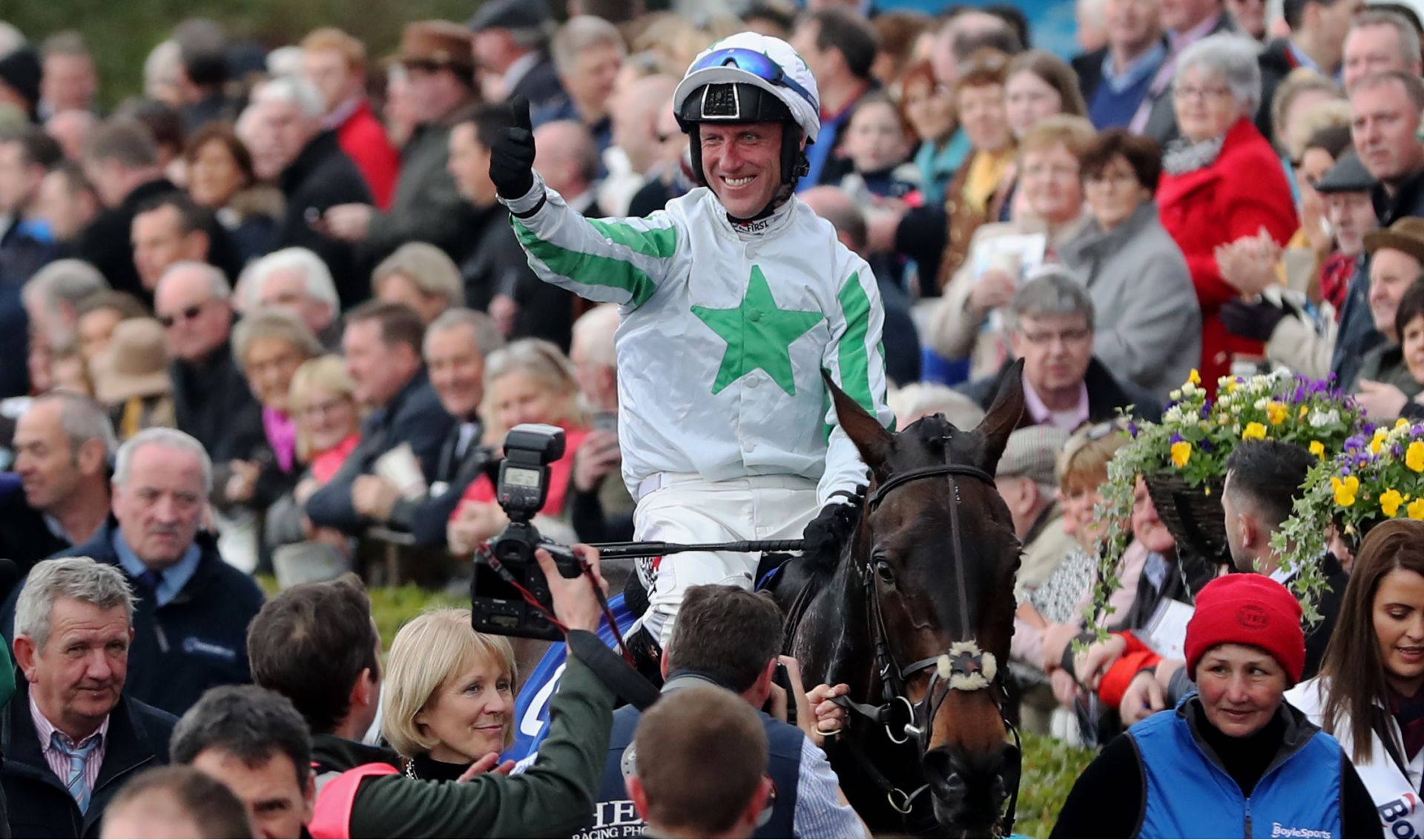 Bad news for well-fancied runners allotted above 10st 13lbs, including current 8/1 co-favourites Any Second Now and Pairofbrowneyes, as well as the majority of the first seven in the betting.

Our Duke, the sole horse to lump in excess of that amount to Fairyhouse glory since Commanche Court in 2000, ultimately proved to be 13lbs better than the mark of 153 he scored by 14 lengths off in 2017.

With no obvious contender for similar subsequent improvement among those burdened with 11st or more in this year’s renewal, the reign of the low weights looks likely to continue.

What’s more, the aforementioned trend doesn’t even tell the full story of the dominance of those near the foot of the handicap when it comes to landing the Irish Grand National odds.

Of the last 16 winners, 13 carried 10st 8lbs or less, while three quarters of that number were burdened with 10st 6lbs or lower for the 3m5f marathon. How’s that for cutting the field down to size?

Irish Grand National betting: the low weights that stand out

This may be one of the few high-profile races Willie Mullins has yet to win, but the Closutton maestro ended his long-running Cheltenham Gold Cup losing streak last month.

His unexposed Burrows Saint, one of three co-favourites at odds of 8/1 at the time of writing and the only horse prominent in the betting to have a low weight, is currently allotted 10st 1lb and scored on his first attempt at 3m in novice company last time out.

Jessica Harrington’s Whisperinthebreeze is currently carrying 10st 3lbs and has been left in by his none-more-astute trainer despite his form being far from compelling.

Harrington’s Magic Of Light was an unfancied 66/1 shot when claiming a silver medal behind Tiger Roll in the Grand National at Aintree and it would be little surprise if he outran odds of 25/1.

Finally Irish Grand National regular Folsom Blue looks intriguing off 10st 6lbs. The veteran has tumbled down the handicap to the tune of a stone since finishing under a length back in fourth last year.