In the hotly competitive world of British and Irish jumps horse racing, three handlers have in recent times particularly distinguished themselves. Who is the best National Hunt trainer, though?

At the 2018 Cheltenham Festival, 60 percent of the 28 race winners hailed from the yards of Gordon Elliott, Nicky Henderson or Willie Mullins. An overwhelming majority – 15 of 17 – of victorious Irish raiders came from either the former or latter’s stables too.

The Emerald Isle’s recent dominance in the Prestbury Cup, awarded to the country who has the most Festival winners, is clearly down to Elliott and Mullins, whose battles on either side of the Irish Sea have become regular highlights of the National Hunt calendar.

While they have gone at it hammer and tongs day in, day out in Ireland, Henderson has scooped prizes aplenty in the UK. Trainers’ championships are judged on money accrued and not most wins after all, though the two are often one and the same.

Which of jumps horse racing’s ruling triumvirate – we can call them that as nobody else this decade has been leading Cheltenham Festival handler – should be considered top man? Scratch below the surface and you’ll discover that, for all their accolades, these contenders to be best National Hunt trainer have achievements still eluding them in this sport of kings and they all bring different things with them to this debate. 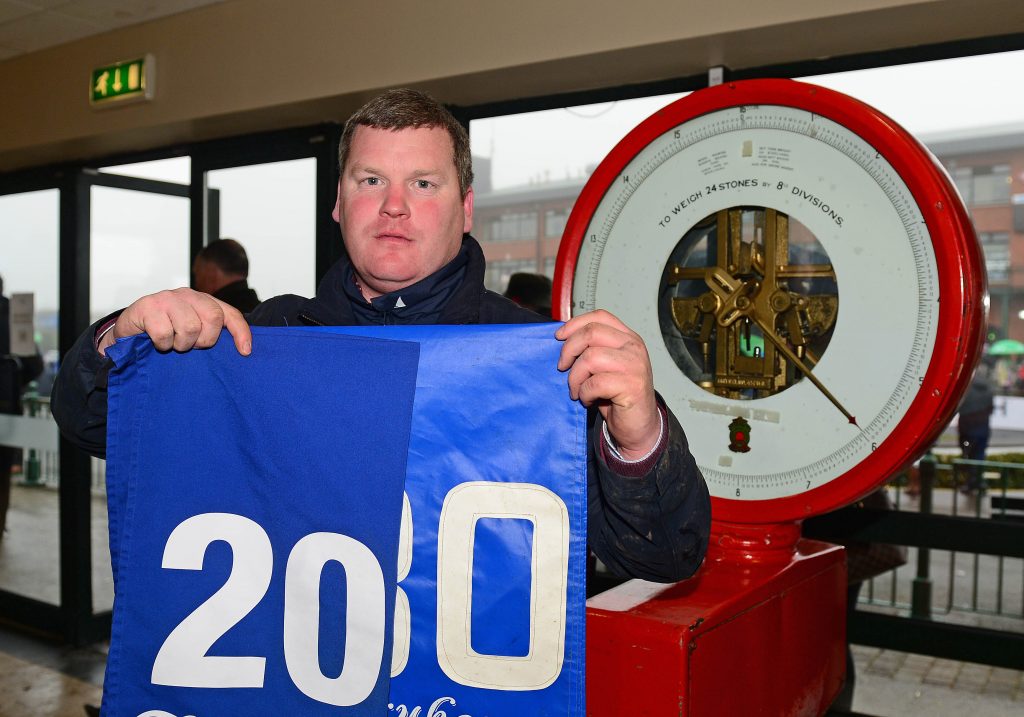 Learning at the feet of master British handler Martin Pipe stood Elliott in very good stead when he launched his own training career in 2006. He saddled Silver Birch to Aintree Grand National glory in 2007 before even having a winner on home soil in Ireland.

It was an auspicious start to Elliott branching out on his own. Yet it took him until this season – nearly 11 years later and being mob-handed with 13 runners in the field – to land the Irish Grand National at Fairyhouse.

Now he’s got that monkey off his back, Elliott remains in the driving seat for a first jumps trainers’ championship in Ireland. The trouble is he’s been in this position before and still got pipped at the post – specifically during the Punchestown Festival at the end of the season – by Mullins.

Working for main benefactors Gigginstown House Stud gives Elliott the nice headache of trying to figure out how best to place a plethora of horses and what their targets should be. He’s clearly developed a real knack for it after saddling eight Cheltenham Festival winners this season and six last.

Prior to that, Elliott saddled the 2016 Cheltenham Gold Cup winner Don Cossack. That’s the only triumph he’s had in an open British championship race, however. No Champion Hurdle heroes, nor fellow two-milers over fences in the Champion Chase.

It leaves Elliott with plenty left to accomplish but, provided he retains the backing of Gigginstown, there’s every chance he’ll tick these races off his Festival list. Ballymore Novices’ Hurdle winner Samcro – the Cheltenham banker for the Irish this season – is his hottest prospect going forward.

Seven Barrows handler Henderson has been at the training game for 40 years now, having previously assisted the legendary Fred Winter during the mid-1970s. No trainer has saddled more Champion Hurdle winners with seven after Buveur D’Air defended his Cheltenham Festival crown.

That was a hotly fancied runner at Prestbury Park this season alongside stablemate Altior, who enhanced Henderson’s 2m Champion Chase record to five victories despite needing pus drained from a hoof just two days before racing. Another remarkable training performance during a less-than-ideal campaign.

The fact that he’s never won the Scottish or Welsh equivalents at Ayr and Chepstow respectively sets him a little behind. It’s not that Henderson’s averse to big handicaps – we’re talking about a three-time winning trainer of the Ladbrokes Trophy (formerly the Hennessy) – there’s just been greater success at Lambourn with 2m horses than thorough staying types.

Let’s not forget the exploits of Bobs Worth, who landed the Albert Bartlett Novices’ Hurdle, RSA Chase and Gold Cup at consecutive Cheltenham Festivals. Might Bite remains the captivating horse to follow from Henderson’s yard after this quirky talent was just outstayed by Native River in the big one this season. 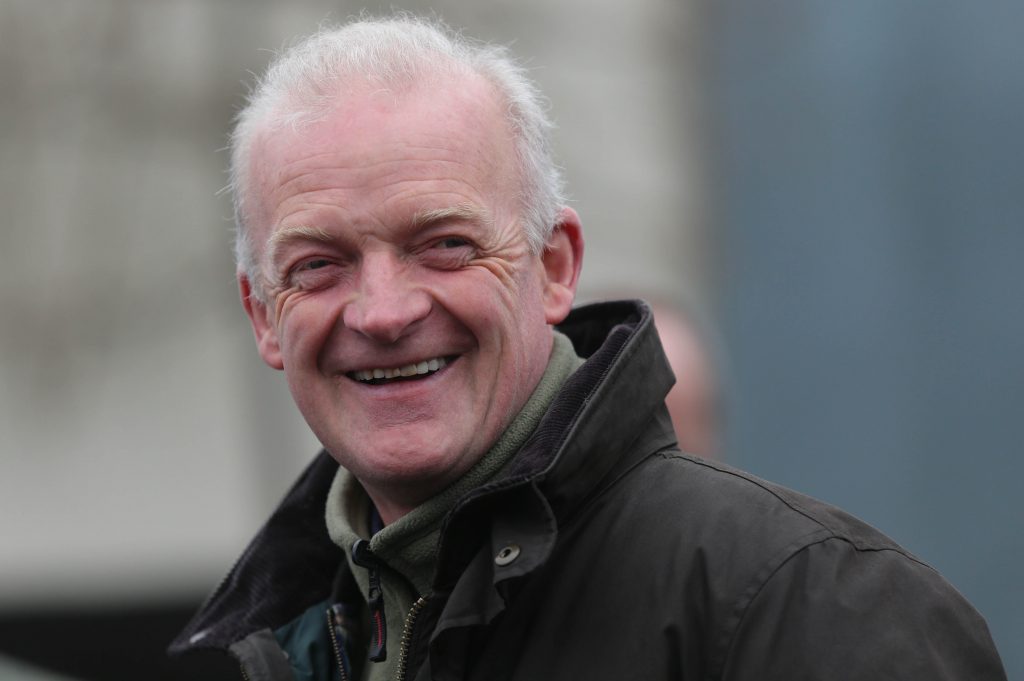 Willie Mullins is one of the sport’s most recognisable names

And so to the master of Closutton. Mullins, the one many would call the best National Hunt trainer, has endured setbacks – notably losing the patronage of Gigginstown – yet rolled with the punches thanks to the support of other owners.

One thing to note about Mullins is his ability to get a horse primed to win competitive races despite a lengthy absence. A couple of examples from the last two Cheltenham Festivals immediately spring to mind; Arctic Fire in the 2017 County Hurdle and Penhill in this season’s Stayers.

It didn’t matter these horses had over 400 and 300 days off a racetrack respectively. Mullins somehow got them race fit at home, brought them over to Cheltenham and confounded critics who were lauding Elliott as top Festival trainer.

As well as bringing racehorses back from spells on the sidelines, Mullins is also the master of mares. It’s no surprise that all three runnings of the Dawn Run Novices’ Hurdle for this sex have gone his way, while nine of the last 10 David Nicholson winners hailed from his stable.

Had O’Leary not fallen out with Mullins over a rise in fees, it’d be a perfect 10 as he used to train Apple’s Jade, who was sent to Elliott after their disagreement. Losing horses of that calibre had the potential to derail things but didn’t.

Mullins has won 10 consecutive Irish jumps trainers’ championships, while at Cheltenham he is a four-time Champion Hurdle victor and has twice been the winning Ryanair Chase and Stayers’ Hurdle handler. The premier prizes over fences as the Festival – the Champion Chase and Gold Cup – still elude him.

Like Elliott, Mullins has got an Aintree Grand National on his CV thanks to Hedgehunter in 2005, yet not the Irish equivalent. He also finally had an official Ladbrokes Trophy winner in Total Recall after previously seeing a horse first past the post in the Newbury showpiece disqualified in 2002.

Who’s the best National Hunt trainer though? Debate will rage on, but this should demonstrate how lucky we all are to have great handlers and their different attributes in the sport. The winner well and truly is horse racing itself.