She may have never raced outside of mares-only company, but that hasn’t stopped Willie Mullins’ Laurina being trimmed in to 3/1 second favouritism in the 2019 Champion Hurdle betting, in the wake of her facile comeback success in a two-runner listed mares’ hurdle at Sandown.

For all she coasted home 48 lengths ahead of 134-rated pursuer Sensulano, her form remains some way off that of several horses longer than her in the ante-post odds for the Cheltenham Festival’s Tuesday highlight.

Supreme Novices’ and 2018 Champion Hurdle second Melon is currently trading at 10/1, while multiple open-company Grade 1 winners Sharjah and Apple’s Jade are available at 10/1 and 12/1 in the betting respectively.

However, while Laurina’s odds for the hurdler’s championship are evidently based more around potential than past achievements, it’s difficult not to get caught up in the hype when even her incredibly successful trainer and jockey are joining in.

Bet on the Champion Hurdle ante-post odds with William Hill 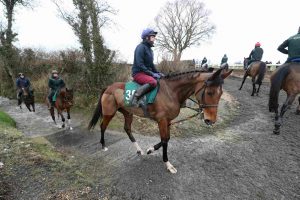 Can Mullins live up to the hype of the 2019 Champion Hurdling betting odds?

The master of Muine Beag has trained some of the finest female jumpers in recent memory, including the six-time Mares’ Hurdle winner Quevega and 2016 Champion Hurdle queen Annie Power.

Speaking after Laurina’s Sandown stroll, Mullins compared the Jared-Sullivan-owned six-year-old to the exalted pair, suggesting she has the ability to equal their achievements at the very least.

“At this stage of her career she must be as good as, if not better than, any of them.”

Substantial praise indeed from a four-time Champion-Hurdle-winning handler and words that offer a good deal of reassurance to those considering backing Laurina in the ante-post betting. 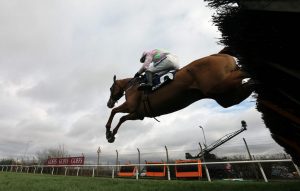 Annie Power has proved she has the ability to challenge Mullins.

Like Mullins, the 39-year-old veteran jockey has four previous Champion Hurdles to his name, including one aboard Annie Power.

In more than one of those editions he was tasked with choosing between multiple runners for the trainer, including when picking the mare over Nichols Canyon in 2016 or Faugheen ahead of Arctic Fire and Hurricane Fly in 2015.

If Walsh is to be believed, the surface of Laurina’s ability has barely been scratched in her outings to date.

“If what seems to be there is there, she could be very good but we won’t know until I give her a kick in the belly. You never know but she leaves the impression that there’s a hell of a lot of horse under there.”

Click here to create a William Hill account; we’re offering new customers £30 in free bets when you bet £10 on any of this week’s action.