In the space of 24 hours, from Saturday afternoon through to shortly after 3:30pm on Sunday, racing will have crowned two Classic winners and witnessed the return of Flat racing’s queen, Enable.

This weekend’s action in the UK really is something to savour and we’ve previewed it below.

Action at the famous and unique Epsom Downs Racecourse, Surrey, gets underway at 1:50pm with the Woodcote Stakes, the race won by a certain horse called Pinatubo 12 months ago.

The top-class action gets underway at 3:35pm with a thrilling renewal of the Oaks. Love (11/10), potentially one the best Classic Aidan O’Brien has had in the yard since Guineas/Oaks double winner Minding, sets the standard but there’s a more than lively challenger in the shape of Frankly Darling (15/8).

While Love ran away with the first Classic of the season by an impressive four lengths, she’s unproven over the extra half a mile, whereas Frankly Darling is already a Group 1 winner over the trip having won the Ribblesdale Stakes at Royal Ascot.

It’s set to be a cracking battle, stoking the fire for what also looks set to be a fantastic renewal of the Derby.

Derby fit for a King

O’Brien sends six horses in a bid to win the world’s most famous Flat race for a record eighth time but, surprisingly, he’s not responsible for the market leaders.

It’s Ed Walker’s Lingfield Derby Trial winner English King who’s been the real buzz horse ahead of this year’s colt’s Classic and currently heads the market at 11/4. He’s a winner over the 1m4f trip and the experience gained running left-handed at Lingfield will stand him in good stead for this.

If the son of Camelot, a Derby winner himself in 2012, is to win, then he’ll have to fend off the challenge of impressive 2000 Guineas winner Kameko (4/1). Andrew Balding’s colt steps up from 1m for the first time having looked very classy at Newmarket and could lay down a big challenge if seeing out the trip.

Of O’Brien’s six, Ryan Moore has opted to ride Mogul (9/2), who was disappointing on his seasonal reappearance at Royal Ascot but is expected to come on for the run. O’Brien fielded six runners in the 2017 Derby and it was 40/1 outsider Wings Of Eagles who came home in front, so it’s hard to write off any of his runners.

The excitement continues, if not reaches its peak, on Sunday as 10-time Group 1 winner and the world’s joint-top rated Flat racehorse, Enable (Evens), makes her reappearance in the Eclipse (3:35pm) at Sandown.

Her chances of winning come with a hint of caution, as this is only her starting point on a road that is set to end later in the Autumn with a third crack at the Arc at Longchamp.

There are cases to made for other stars in the field too, with Group 1-winning globetrotters in the shape of Deirdre (16/1) and Magic Wand (14/1) also lining up. 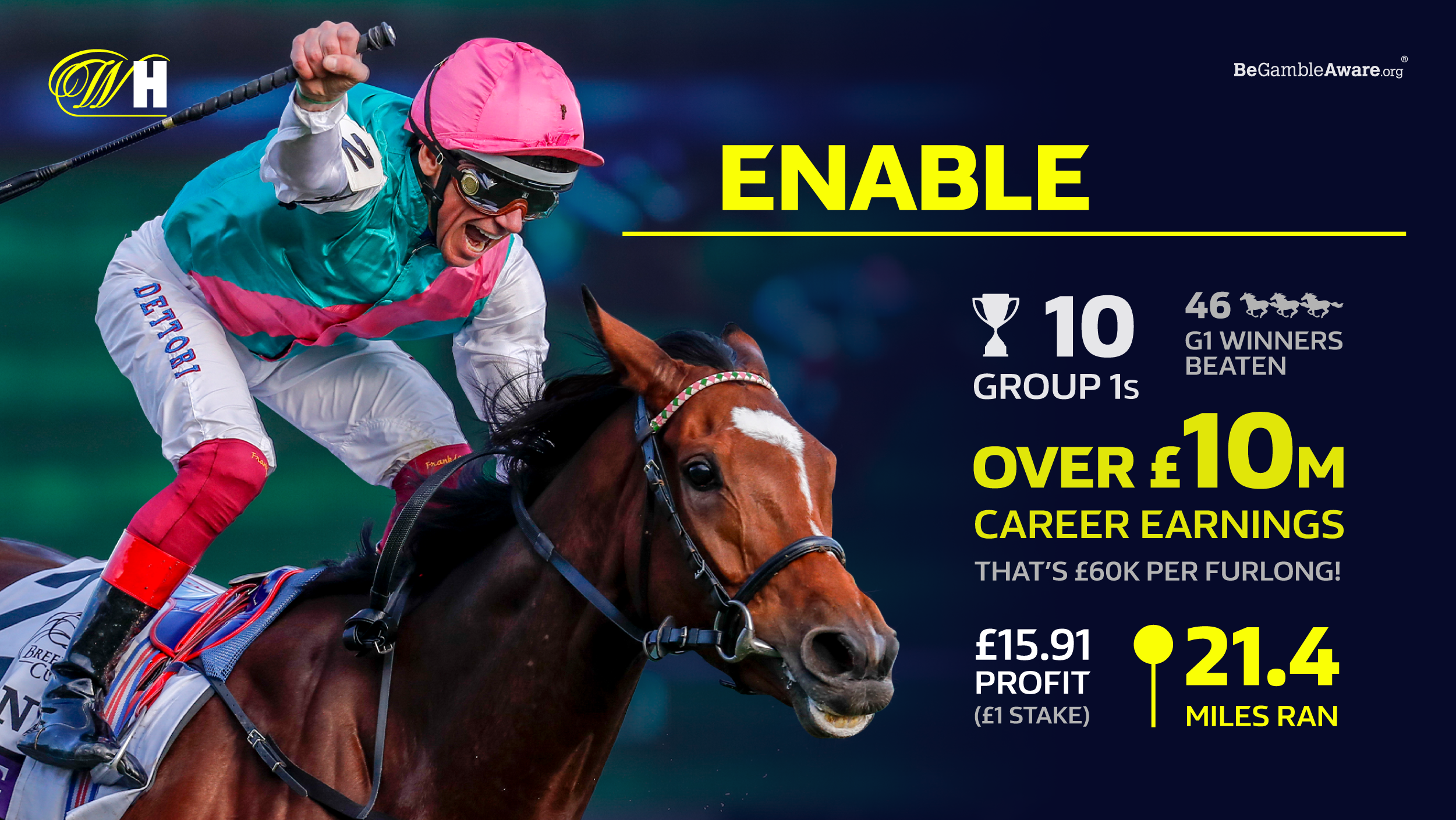