Captain Redbeard finished a distant second behind The Dutchman in last year’s Peter Marsh Chase on heavy ground. Faster going at Haydock in 2019 could see him go one better.

But whereas the expected good-to-soft going at the Merseyside track is expected to be right up the selection’s street, those above him in the market are far less proven on such surfaces.

Bet on the latest horse racing odds with William Hill 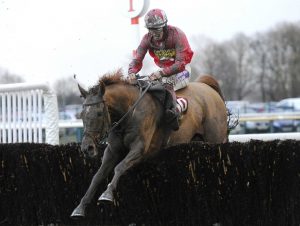 With four wins from his nine runs on ground described as good to soft, it’s fair to say that the captain is more likely to enjoy the underfoot conditions than most.

Valtor has failed to win either of his two past runs on such going, while Daklondike has never even encountered it, with his last four wins coming on heavy or soft.

However, there’s more to like about a chaser, who returns on the same mark as when second in this race in 2018, not least his superb consistency at the track.

Captain Redbeard has yet to finish out of the places in six spins at Haydock, winning twice, alongside two seconds and two thirds.

He also returns for a second bite at the Peter Marsh cherry off 2lbs less than he had to carry when best of the rest in the 2018 edition – a race sufficiently tough that horses of the calibre of Rock The Kasbah finished pulled up.

While our betting tip returns on an official rating only 5lbs above his last winning mark, the handicapper has utterly clobbered the favourite for his recent success.

After scoring on his first run for Nicky Henderson, the French import has been hit with a 12lbs hike, while Daklondike and Robinsfirth must also compete off career-high marks.