Ruth Jefferson’s Waiting Patiently is 7/4 favourite in the Ascot Chase betting after winning all six of his completed starts over fences, but Politologue could spoil the party.

Paul Nicholls’ chaser is rated 2lbs inferior to the jolly, but a past meeting between the pair, stable form and the market’s potential overrating of his opponents all point to the grey as a value pick.

Bet on the Ascot Chase with William Hill

Nothing between Waiting Patiently and Politologue on novice form

The pair crossed paths in a Grade 2 Haydock novice chase over 2m4f on soft ground in January 2017, with the Jefferson airplane prevailing by one-and-a-quarter lengths.

Politologue had to concede 3lbs to his opponent on that occasion and meets his conqueror off level weights at Ascot.

Since then both horses have taken out open-company Grade 1 chases, with Waiting Patiently scoring in last year’s Ascot Chase and the Nicholls gelding landing the Melling Chase at Aintree last summer. 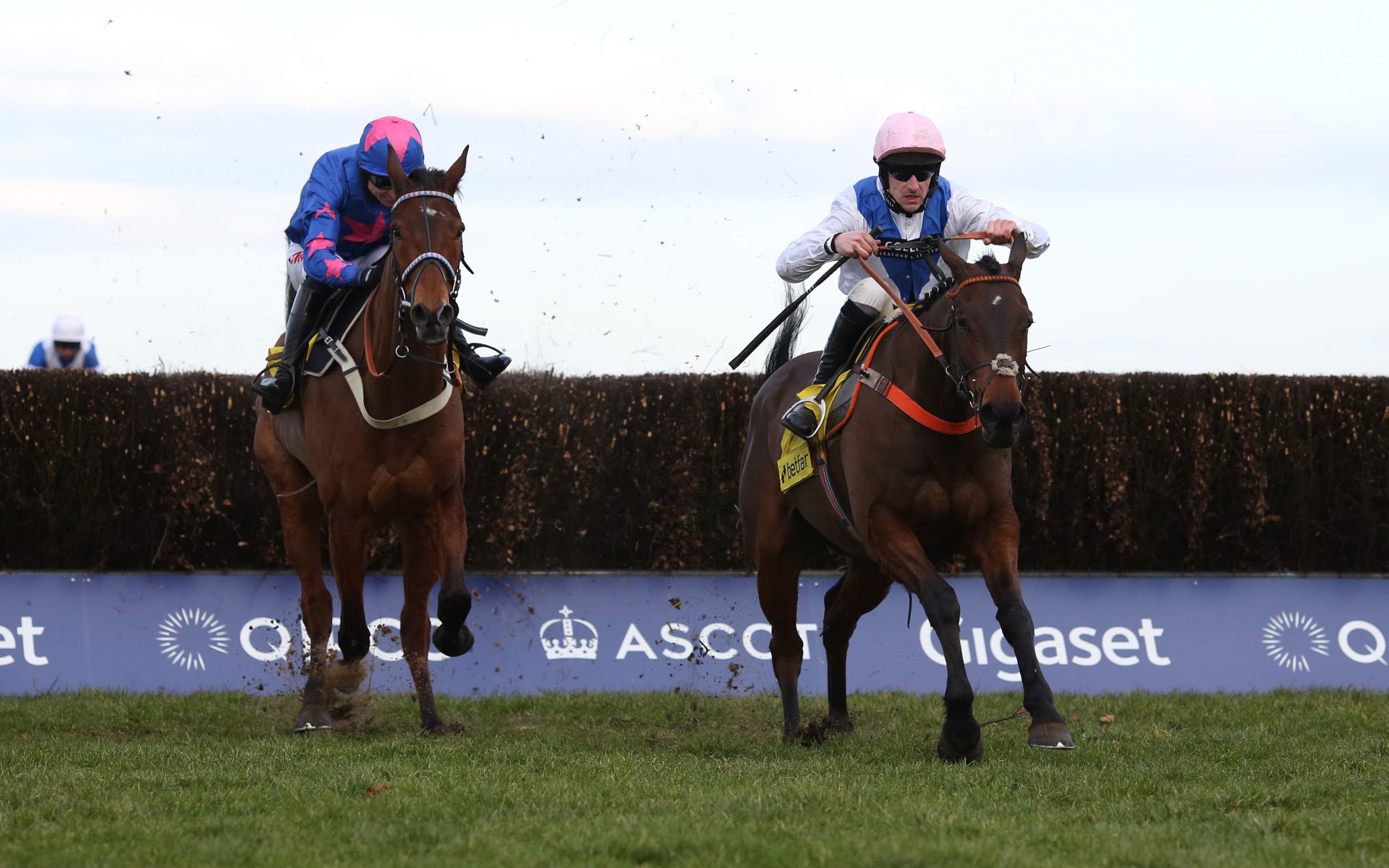 Team Ditcheat is the only yard in any kind of form

While all five trainers with Ascot Chase runners will have had their entrants over the last eight days limited by the measures taken to combat equine flu, the fact remains that Nicholls is the only one to have saddled more than one winner in the last fortnight.

In fact he’s booted in four from 13 attempts at a strong 31% strike rate, whereas Colin Tizzard has one from his last 18 tries, Venetia Williams hasn’t scored with any of her last 10 representatives, Kim Bailey is 37 days without a winner and Jefferson hasn’t tasted success in 50.

The form of Politologue’s foes may have been overrated

It will be surprising if the form of 7/2-shot Cyrname’s 21-length course and distance handicap romp in mid-January proves to be up to much given his opponents allowed him far too much rope in front early in the race.

Fox Norton (13/2) has the potential to bounce after performing well on his first run for more than a year behind Altior at Ascot last month, while the form of Waiting Patiently’s win in last year’s edition can also be crabbed to an extent.

Cue Card, who pulled 15 lengths clear of third-placed Frodon in last year’s edition, was 12 at the time and was retired after being pulled up in the Ryanair Chase on his sole subsequent outing.