The King’s Stand is the main event on the first day of Royal Ascot 2018, with both official ratings and the racing hype machine portraying the 5f Group 1 as a duel between Battaash and Lady Aurelia.

At the time of writing the pair remain all but inseparable at the head of the King’s Stand betting (the former is 5/2 while the latter is 15/8 favourite) and rated 8lbs and 7lbs better than any other horse in the field respectively.

Naturally, there is much to recommend American trainer Wesley Ward’s filly: a two-time course and distance winner at the Royal Meeting who is defending her title here after winning the race in 2017.

No rival has got within 3l of her in her two past runs at Ascot and she also gets 3lbs from colts aged four and over, of which chief market rival Battaash is one.

Yet, their first runs this season offer reason to believe all Lady Aurelia has in her favour will not be enough to prevent her losing her unbeaten record at the prestigious meeting to Battaash.

A potentially telling chink in her armour is the failure to win on her seasonal return, when she was beaten one-and-a-half lengths into second in the listed Giant Causeway Stakes at Keeneland. 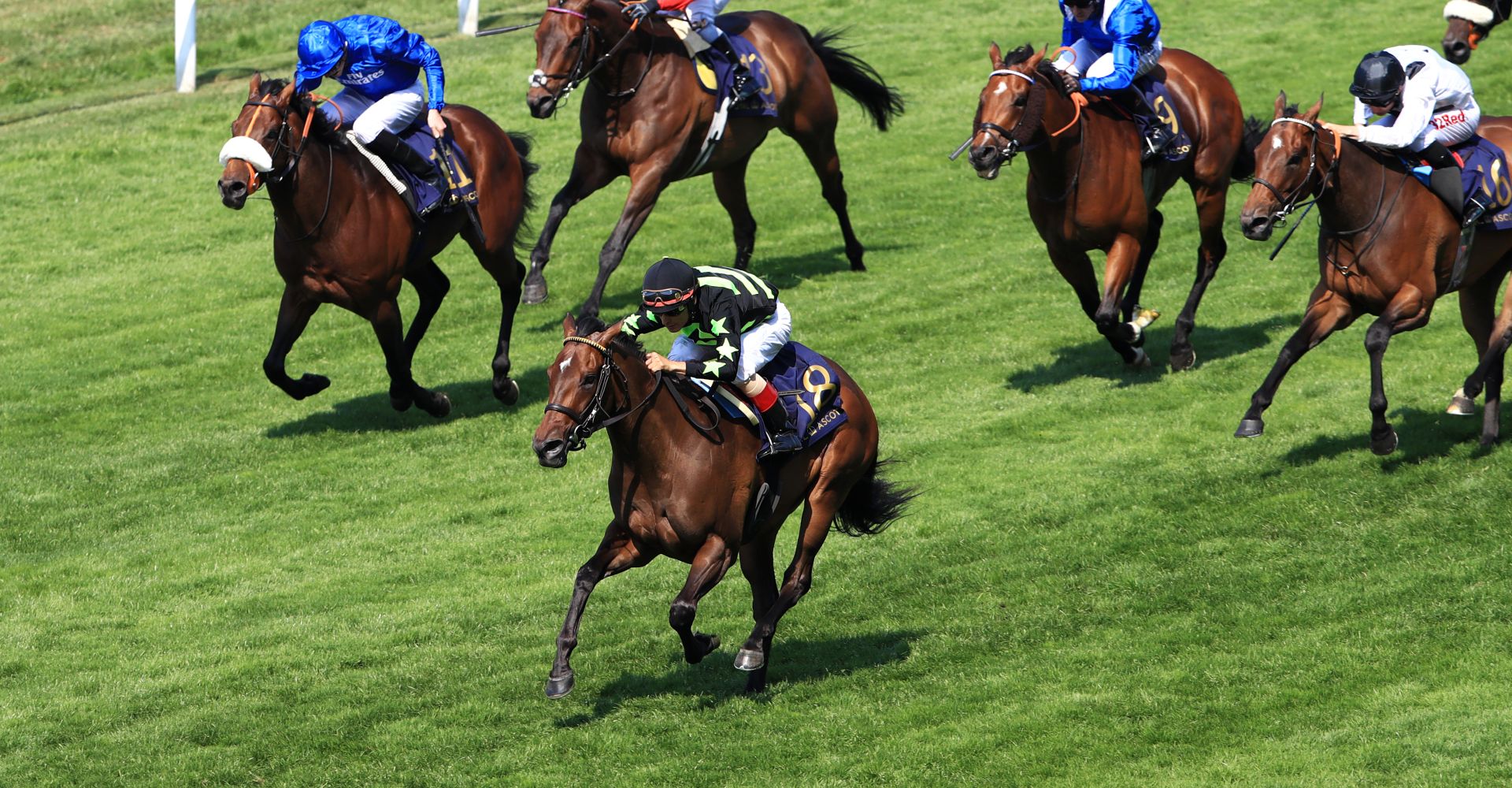 Lady Aurelia routs the King’s Stand field at Royal Ascot in last year’s running, but may have to settle for second behind Battaash in 2018.

Victory in the same race last year had tee’d up Lady Aurelia to win the 2017 King’s Stand next time out and she also won the only start of her 2016 campaign prior to winning the Queen Mary Stakes at Royal Ascot as two-year-old.

If that hints she may not have returned from her time off in quite as unbeatable nick as previous seasons, Battaash’s return, winning the Group 2 Temple Stakes at Haydock, felt more heartening.

He overcame a slow break and a lack of prep-run to gun down long-time leader Kachy, despite ceding race fitness to Tom Dascombe’s upwardly-mobile speedster and racing on the opposite side of the track.

That Kachy reopposes in the King’s Stand and is 11/1 fourth-favourite for victory, shows how strong that form is and Bataash is sure to take a step forward fitness wise for the run.

It was also the Hills colt’s first run since having a wind operation, with recipients of such an intervention often thought to really show the benefits of the procedure on their second race back, once they have gotten used to how it feels.

That Haydock success was Battaash’s fifth win in six starts, a recent record that inspires more confidence than Lady Aurelia’s with the filly now having failed to win her last three starts.