Latrobe won’t be the horse mentioned most often among St Leger betting tips, but this hasn’t prevented the 12/1 shot from winning at Group 1 level previously.

After all, Joseph O’Brien’s three-year-old was a similar 14/1 when securing the Irish Derby in June.

On that occasion, Joseph trumped the monopoly of his father Aidan O’Brien, who saddled the second, third, fourth and fifth at the Curragh. Aidan is likely to be equally well represented in the William Hill St Leger 2018 odds, being responsible for seven of the current 16 entrants.

However, Joseph doesn’t regard a victory as being extra sweet should his father be on the receiving end of the beating.

Joseph O’Brien said: “Beating dad or not doesn’t make any difference, you’re either first or second and it doesn’t matter who it is.

“It’s just all about winning. If dad beats me then I’m delighted and it works the other way round.

“Sometimes I call him three days in a row for a bit of advice, sometimes I won’t speak to him for three weeks. He’s got enough of his own problems to deal with let alone mine.” 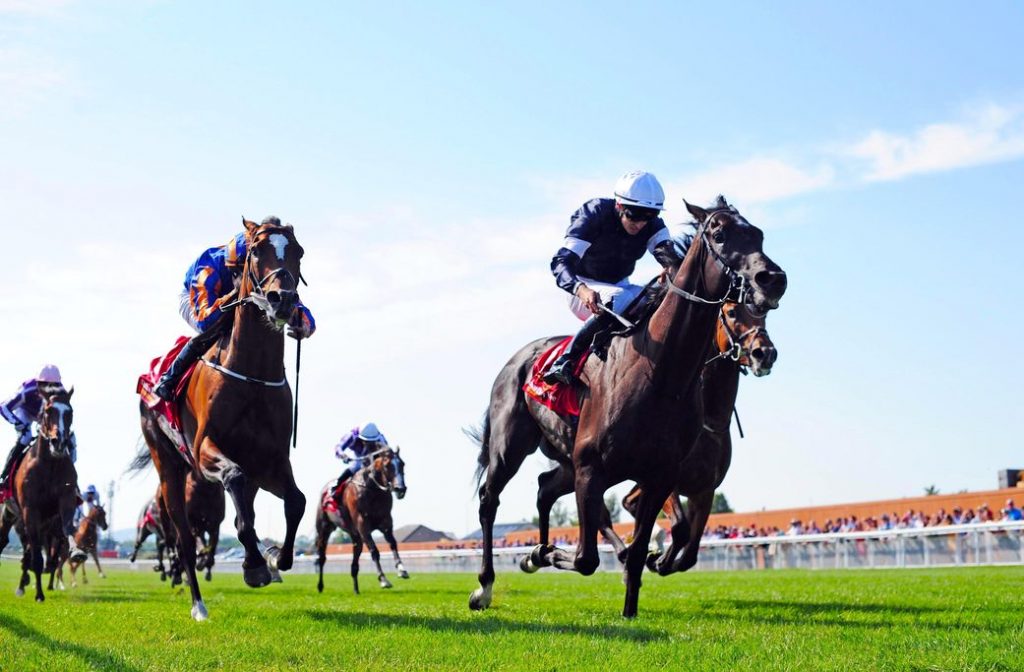 For many, top of the St Leger betting tips is Kew Gardens, who heads the market at 5/4 for Aidan O’Brien.

And Joseph O’Brien also considers him the one to beat.

“Kew Gardens looks to be the one I’d fear the most,” said Joseph.

“He had a great run in France, ran well in the Great Voltigeur and he’s the obvious one to look out for in the field.”

Joseph O’Brien knows what it takes to ride a St Leger winner, having steered Leading Light to glory in 2013.

The year previous, Camelot lined up as the odds-on 2/5 favourite in the St Leger betting, as he went in search of the Triple Crown.

However, following victories in the 2,000 Guineas and Epsom Derby, Camelot played second fiddle to Encke at Doncaster.

Now it is Camelot’s son Latrobe that may provide Joseph with a maiden English Classic success as a trainer.

“Being a son of his doesn’t make it any more or less satisfying but I obviously knew Camelot very well, and to train a Classic winner is a dream anyway,” Joseph revealed.

“But I got a far greater kick out of training a Classic winner than I did riding one.”

To see Joseph’s full thoughts on Latrobe as a St Leger betting tip, check out this video:

Latrobe is currently unbeaten on all his career starts over distances of 1m4f or further. All of his four defeats have been over more speed-demanding trips.

This suggests that the step up to the greater stamina demands of 1m6f should suit Latrobe and make him an each-way player at worst within any St Leger betting tips.

Another positive is the booking of Joseph O’Brien’s brother Donnacha for the ride on Latrobe. After all, Donnacha has already built up quite the big-race portfolio this season, with victories in the 2,000 Guineas, Epsom Oaks and Irish Derby.

Joseph stated: “Donnacha has been riding very well this season. He gave Latrobe a fantastic ride at the Curragh and he is top class.

Check out the rest of our Horse Racing odds across the William Hill St Leger meeting for all the festival’s action.