A joyful, throaty roar always accompanies the start of the Supreme Novices’ Hurdle, the traditional curtain raiser on Tuesday, the first day of the Cheltenham Festival.

This year those hollering loudest of all are likely to be William Hill each-way bettors, with Hills paying seven places in the opener, with the place part paid at 1/5 of the win odds.

Such a notable concession is major incentive to back a horse at 20/1 or bigger in the 2019 Supreme Novices’ Hurdle betting, as even if it doesn’t win the place part of your bet will pay 4/1 or bigger if it finishes better than eighth.

Scroll down for three selections currently trading at 20/1 or bigger that can dent the septet. 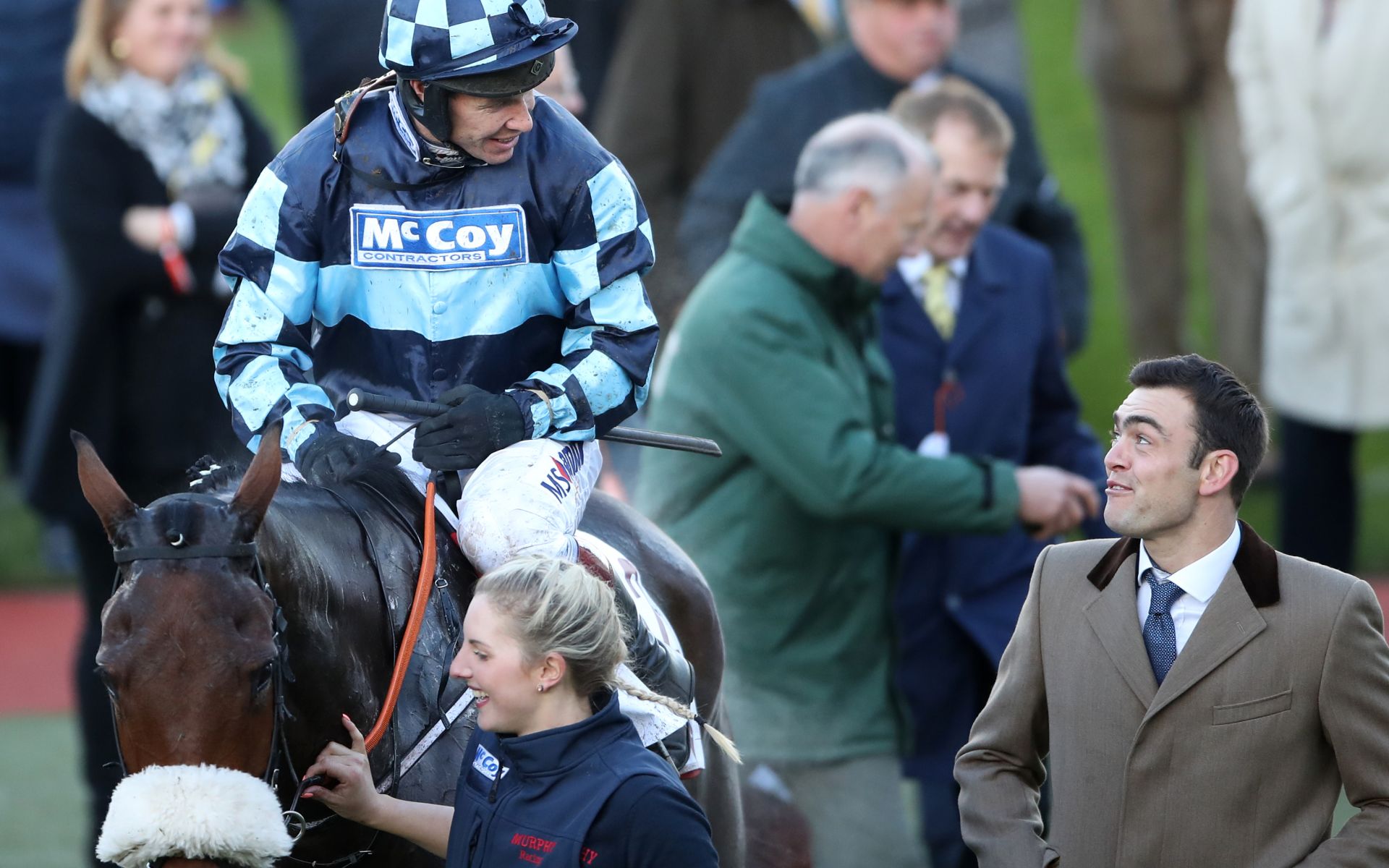 One of two runners trained by Gordon Elliott’s former assistant trainer Olly Murphy, Thomas Darby is more than double the price of Elixir De Nutz, despite beating him over course and distance in October.

Beaten on his next two starts, Thomas Darby regained the winning thread in more moderate company at Taunton last time out and that score should serve as the ideal confidence booster ahead of his return to the track where his career best showing to date was served up.

Another Olly Murphy inmate and another closely tied to Elixir De Nutz on form, yet several times the price of Colin Tizzard’s gelding.

Itchy Feet was a length and a quarter in arrears when the pair clashed at Cheltenham in November (see headline image), but wasn’t stopping up the hill despite conceding 5lbs to that rival.

They’ll renew hostilities off level weights in the Supreme Novices’ Hurdle, where Itchy Feet will also meet Grand Sancy for the first time since besting him at Kempton in October.

Bryony Frost has a habit of running up winning streaks aboard horses and has done just that with this classy flat recruit for Neil King, for whom she rode Milansbar to finish fifth in the 2018 Grand National.

Rated 99 on the level at his peak, after winning a £62k handicap over 1m6f at Haydock, he’s yet to dip his toe in anything like such testing waters over obstacles.

Nonetheless his flat speed and the guidance of his talented jockey, who judges pace so well round Cheltenham, could see him outrun his odds.

Play the £1m Golden Race at the Cheltenham Festival

Reckon you can pick the first six home in the Close Brothers Novices’ Handicap Chase at 4:50?

That’s the gist of Golden Race, which gives you the chance to win a share of £1m each day of the Cheltenham Festival by doing just that. All you need to do to earn your daily chance to play is stake £10 on a qualifying race.