Three Cheltenham handicappers you should back at the Festival

While the big Grade One races will receive most of the limelight at the Cheltenham Festival, the ultra-competitive and tough handicaps are often where the best bets can be found.

From old-timers who return year after year to compete in these races, to youngsters who have had their handicap mark protected with the Cheltenham Festival in mind, there is something for everyone in the handicaps. If you’re struggling to find an angle, here are three handicappers you should be backing at the festival.

Ben Pauling’s runner appears to be his best chance of a festival winner this week, and since running second to Black Ivory he has been kept off the track by Ben to protect his handicap mark. Based on Black Ivory winning again after beating Le Breuil, it is clear that the six-year-old from the Ben Pauling yard is a lot better than his current rating of 139.

It is no surprise that they have kept hold of him, and with just five hurdles starts under his belt, he is a horse that will have improved since that run back in December. He is strong in the Coral Cup market and looks to have a great chance of Wednesday.

The Northern-trained The King of May looks to be one of many seriously well-handicapped horses heading into Wednesday’s Fred Winter Hurdle. Of all the races Cheltenham has on during the festival, this could be the toughest one of them all to solve. He has only run once in the UK so far, and he should improve dramatically from that run. He finished third that day behind We Have a Dream, who is near the top of the market for the Triumph Hurdle and Act of Valour, a horse fancied for the Fred Winter. Strictly looking at the weights, The King of May should comfortably be able to turn around the form with Act of Valour, and that doesn’t include the likely improvement to come from Brian Ellison’s gelding.

Brian fancies this one himself, and he knows all about well-handicapped horses, so expect a big run from this one on Wednesday. 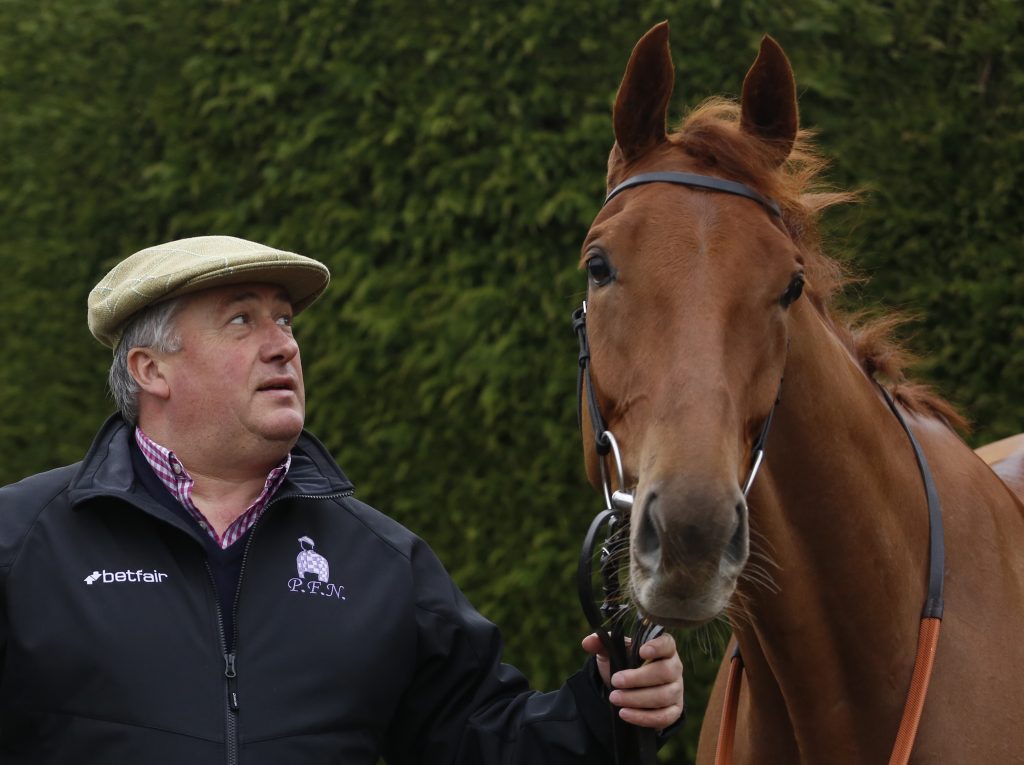 Movewiththetimes has multiple entries at the festival, but this looks to be his target if you believe the current betting market for the race. He has always been a nice horse that trainer Paul Nicholls rates but has not been suited to the small-field novice races he has been running in this season. His best races come in big fields where he can sit off the pace and work his way through the field late. After his three novice chase runs, Paul Nicholls thought he was extremely well handicapped and that has led him to keep him off the track, with Cheltenham the aim. If you have a free Cheltenham bet to use at the festival, this could be the horse to put it on.

He looks to be a lot better than a 144 horse, and running off that mark in a Cheltenham handicap is exactly what he needs. He has been kept off the track with this race in mind, and connections may well be rewarded for their patience on Thursday when he lands the Brown Advisory Plate.