Punters looking for an opening day accumulator will have Buveur D’Air marked as their banker, with traders so confident Nicky Henderson’s show-stopper will get the job done in the Champion Hurdle on Tuesday they are offering a market without the jolly.

It’s no mean feat to be priced at 4/9 in the antepost betting for a grade one race, especially at the Cheltenham Festival, but the seven-year-old has attracted a flood of money from shrewd backers looking to nick in early, convinced his price will shorten as we approach the off. He’ll certainly feature in a fair share of tips for Cheltenham.

It’s little surprise to see odds-makers in a desperate rush to side with Buveur D’Air either, as he’s the star of the day and one of the best bets on the week – certainly on paper. Owned by JP McManus, the bay gelding has won 11 of his 14 starts, with two placed efforts. He’ll arrive at Prestbury Park on the back of a nine-race winning run, that purple patch including gold in the Christmas Hurdle at Kempton, 2 ¼ lengths better than The New One. 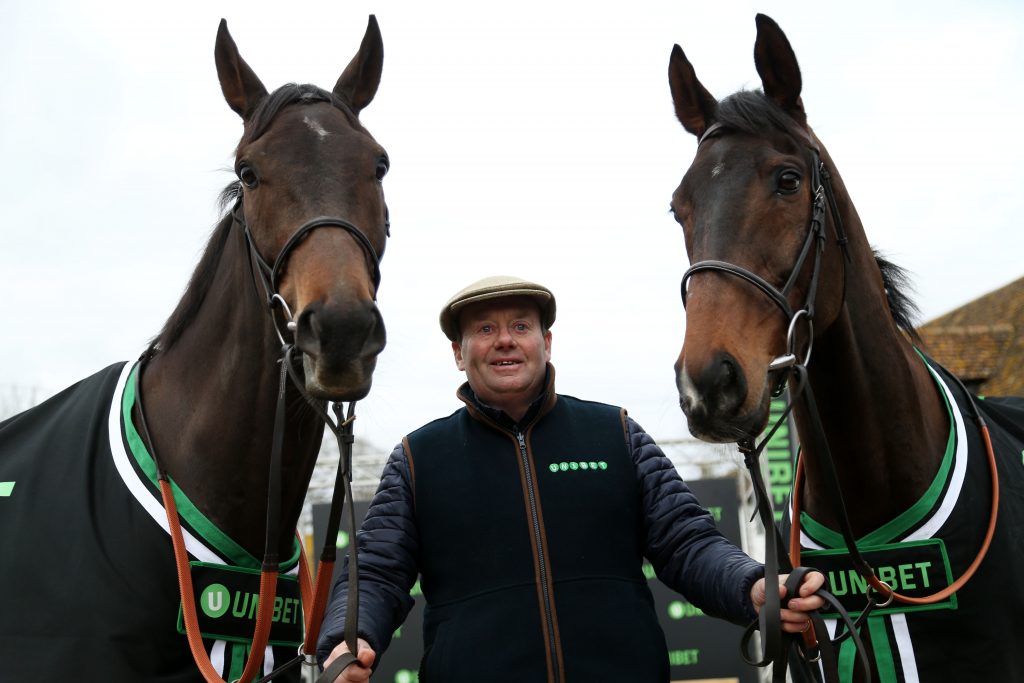 Nicky Henderson poses with Buveur D’Air (left) and My Tent Or Yours during the visit to Seven Barrows Stables in Lambourn.

A supremely talented horse but before rushing out and throwing your savings on a sure-thing, there are a few doubts hanging over the French import you should know about. Here are three reasons he could lose the race…

Good is bad for Buveur D’Air

Good ground isn’t what handlers want to see when racing Cheltenham this week, especially in the run-up to day one. In each of those nine recent wins on the bounce, only one has been on good ground, the bulk of his success coming in soft conditions. The spare was in the Aintree Hurdle last year when beating My Tent Or Yours (SP 4/9) but he had to be shaken up by Barry Geraghty to get clear that day.

Many tip Cheltenham to be a graveyard for favourite-backers and trainer Nicky Henderson spoke to the press recently about his worries, saying the one thing that would frighten them is good to firm ground. A few in the field would prefer things that way but it’s unlikely to go that far. Good ground could make the race more interesting than the prices suggest.

Tactical battle could throw him off

Buveur D’Air is a horse that’s usually kept tucked in behind the leaders before being asked for an injection of pace. He’s a machine in that regard, always responding to long-term rider Geraghty and finding an extra gear or two at the business end of the contest. He’ll usually find races run at a pace to suit and has become very good at what he does, but can he deal with a change of tactics?

If the Champion Hurdle becomes a battle of wits, rather than a test of speed, we could see the favourite pulled out of his comfort zone by a pacemaker in the opening exchanges. If one hits the front early and bowls along it could force others in the field to show their hand sooner than they would’ve liked. With the ground good and a rival out in front, we’ll see just what our poster boy is made of.

Any lapse in concentration will be punished

Sticking with that thought and it’ll also be a concern if he’s not ridden aggressively enough on the day in a big race. All too often the team have got used to getting things all their own way, relying on what’s in the tank to turn the screw in the final few furlongs, but if it’s served up to him early Buveur D’Air could be playing catch-up for the most part.

Geraghty almost saw him caught last time in a contenders hurdle at Sandown when thinking the race was won. Looking bored out in front they took the foot off the gas going for home and almost paid the price, having to be shaken-up to see off John Constable who was all too keen to fight back. They won’t get away with a drop in concentration at this level.