Time to back Lanzarote entry And The New in the Betfair Hurdle betting?

All kinds of headgear, a recent wind operation and some strong back form highlight And The New as an interesting outsider in the betting for the 2019 Lanzarote Hurdle.

However, with the eight-year-old having bombed on his sole previous run at the Kempton race’s 2m5f trip, could this outing be a sweetener for the Betfair Hurdle in four weeks’ time?

Johnny Farrelly’s lightly-raced eight-year-old is currently trading at odds of 16/1 for the Saturday highlight at the Sunbury-on-Thames track, but can be backed at 33/1 in the ante-post betting for the far more valuable 2m Newbury race next month. 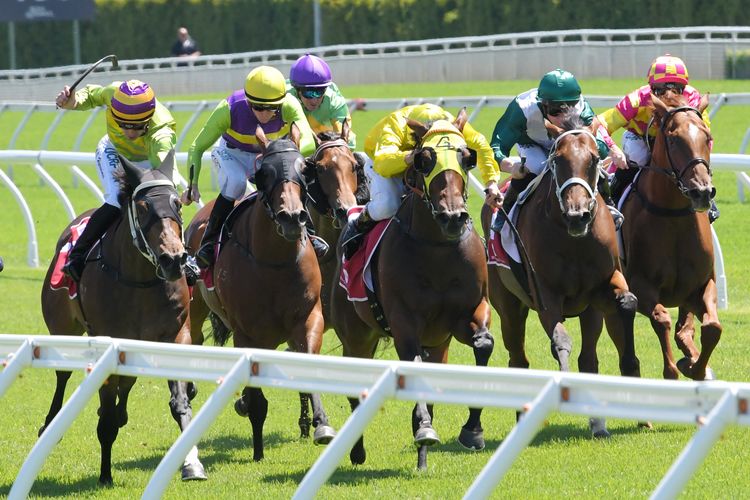 And The New intriguing in the Lanzarote, albeit with drawbacks

On his first run following a wind operation and sporting a first-time tongue tie, it certainly seems as if Somerset handler Farrelly has left no stone unturned in his attempts to bring the best out of this gelding.

A glance through his back form shows why, as he acquitted himself with credit in the championship bumper races of 2017, finishing seventh behind Fayonagh at the Cheltenham Festival and less than four lengths sixth behind Lalor in the Aintree equivalent a month later.

Many of the horses that finished just ahead of him in those contests – Claimantakinforgan, Western Ryder, If The Cap Fits – are now 150+ rated hurdlers.

Subsequently, his hurdles career didn’t take off as might’ve been expected, but he still finished just a neck behind Doux Pretender in February 2018, giving that rival 7lbs.

Nicky Henderson’s six-year-old is currently 8/1 in the 2019 Lanzarote Hurdle betting and now gives And The New 1lb in weight, albeit the latter must still lug round a millstone 11st 9lbs.

In theory, that should earmark the Farrelly beast as one to keep an eye on, but his sole past run over further than 2m1f, next time out, saw him finish 16th of 20 behind First Assignment at Cheltenham in October over the Lanzarote Hurdle’s 2m5f trip.

So why fancy him in the Betfair Hurdle betting then?

Following that poor run at Cheltenham, And The New was dropped back in distance to 2m1f in a handicap hurdle at Fontwell, going down by 7l to an Alan King horse, Lisp.

Giving that one 3lbs, he would’ve finished closer but for being hampered by the winner two from home and his conqueror on that occasion is now rated some 15lbs higher by the handicapper.

Returned to his favoured 2m trip after a post-wind-op fact-finding mission at Kempton in which he won’t be expected to boost his handicap mark, And The New should be race-fit and well-handicapped for Newbury in four weeks’ time.