Trainers in season: Who's hot at what time of year?

While we are used to National Hunt racing taking place during the winter months, in recent years spring and summer have become a much more fruitful time for a number of Jump racing’s biggest trainers. With a full calendar for horses who are more at home with the sun on their backs than galloping through the mud, there are a huge number of opportunities for handlers to boost their prize money hauls before the action gets underway later on in the year.

No Summer lovin’ for Skelton

Of the top 10 trainers from the 2019/20 National Hunt season, Dan Skelton is the one who appears to enjoy the spring and summer months more than any other trainer. Of the 704 winners the Warwickshire-based handler has had in in the last five years a healthy 312 or 44% of those have come in the spring (April-June) or summer (July-September). That figure of 312 is substantially bigger than the 196 six-time Champion Trainer Nicky Henderson has accrued and bigger still than 11-time Champion Trainer Paul Nicholls’ haul of 178.

Although both Henderson and Nicholls enjoy success when the sun is shining, they are significantly more successful in the autumn and winter where they have 69% and 73% of their winners respectively.

Deckchairs for Pipe and Murphy but an umbrella for Tizzard

While Skelton is the trainer who comfortably does the best in the spring and summer, David Pipe and Olly Murphy are the other leading handlers who make hay when the temperature rises. Pipe (38%) and Murphy (37%) have both sent out a healthy proportion of their winners in the last five years during the period of April to September.

In contrast, Colin Tizzard is one who is much more at home when the mud is flying and has saddled a sizeable 79% of his winners in the past five seasons during October and March. To give that figure a bit more context, just 16 of Tizzard’s 324 winners have come during the summer, a poultry figure compared to the 107 Skelton has saddled in the same three-month period. 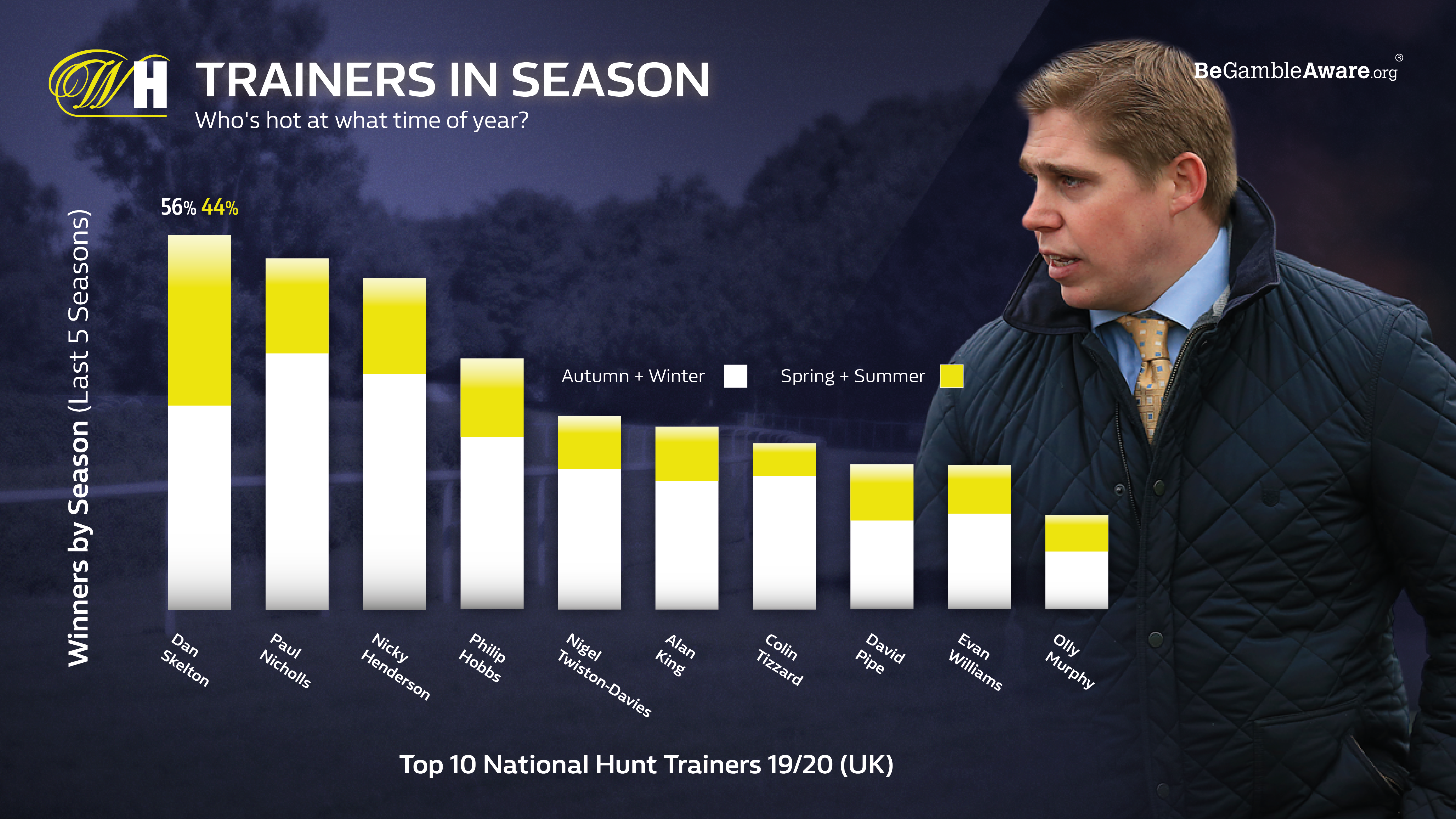