As we head into the festive period and one of the busiest times of the year on the National Hunt calendar, all eyes will be on Ascot’s Christmas meeting this weekend. Here is our preview of the action from both Friday and Saturday.

Nicky Henderson domination to end at the hands of Ribble Valley?

Trainer Nicky Henderson has dominated the Supreme Trail Novices’ Hurdle, winning four of the last eight runnings. His sole entry this time around is Time Flies By at 13/2 who looks set to make his first start over hurdles. He was an impressive winner of a bumper at Cheltenham on his first career start, before finishing at the same course as a well-fancied favourite.

He could have his work cut out, though, as Nicky Richards looks to have a good one on his hands in the form of Ribble Valley. The 10/11 favourite made it two wins from two at Weatherby last month, where the son of Westerner was very impressive in winning by 11 lengths.

The forecast rain will be music to the ears of connections too, with both his wins this season coming on ground with plenty of cut. Title-chasing Brian Hughes will be aboard the six-year-old and he looks the one to beat.

The big race of the day on Saturday is the Long Walk Hurdle where Stayer’s Hurdle favourite Paisley Park looks to defend his title.

Unfortunately the air of invincibility that surrounds Emma Lavelle’s star stayer has scared off much of his opposition, with If The Cap Fits the most notable absentee. His withdrawal has meant that opposition is thin on the ground and it’s unsurprising that Paisley Park is just 1/4 to win a third Grade One of his career.

In all honesty, this looks a penalty kick for the favourite and barring a huge shock this should be pretty straightforward for the seven-year-old. He won’t be much of a betting proposition, however!

With all the rain that has been around the country over the past few days, conditions are going to be very testing at Ascot on Saturday and that will suit David Pipe’s Umbrigado in the Betfair Exchange Trophy. The son of Stowaway travelled like a dream at Haydock before getting tired over a three-mile trip that clearly stretched him. He’s back down to two miles here and given he’s won over further and also has form on soft ground, you’d have to think his stamina should come to the fore.

It’s obviously a very competitive handicap hurdle, but Pipe’s runner is still unexposed with just six career starts, so it’s logical to hope there is plenty more improvement to come. Back the five-year-old for victory at 13/2. 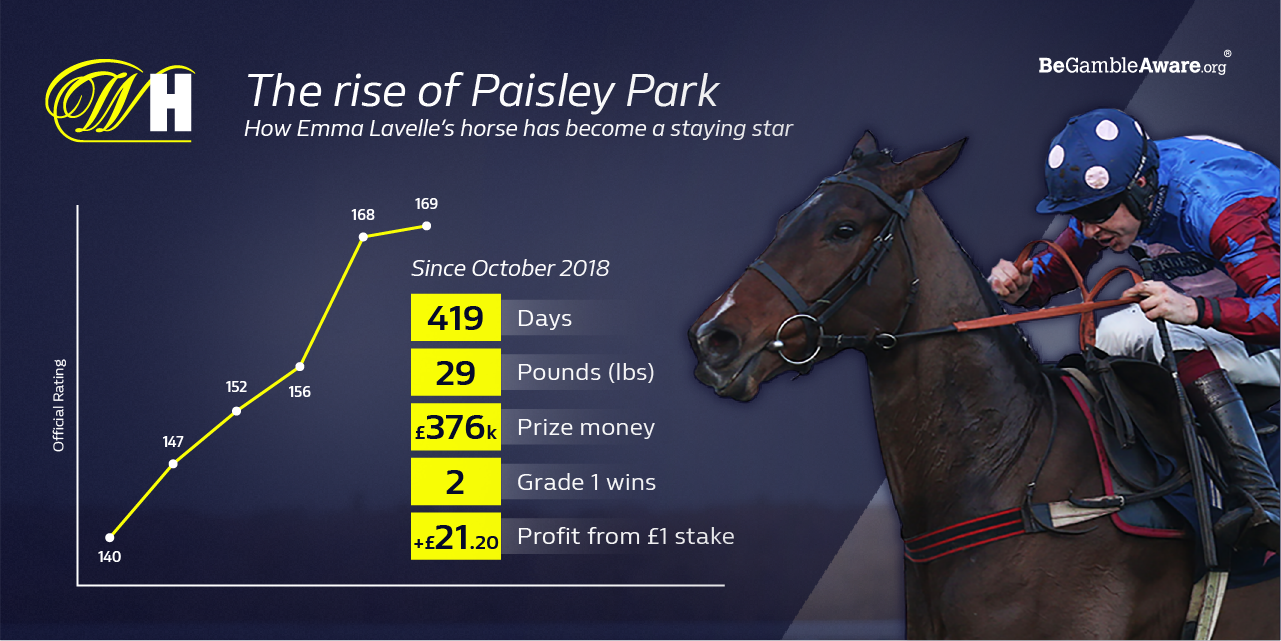