With less than three weeks to go until the Cheltenham Festival, final preparations are well under way as trainers aim to have their horses cherry-ripe ahead of the four days at Prestbury Park in March.

The majority of horses we will see in March have already had their final run before their engagements at Cheltenham, though we might see some in the next week or two.

So, on the back of this, is there a correct amount of time horses should be given before running? We’ve been through the winners at the last three Festivals to find out… 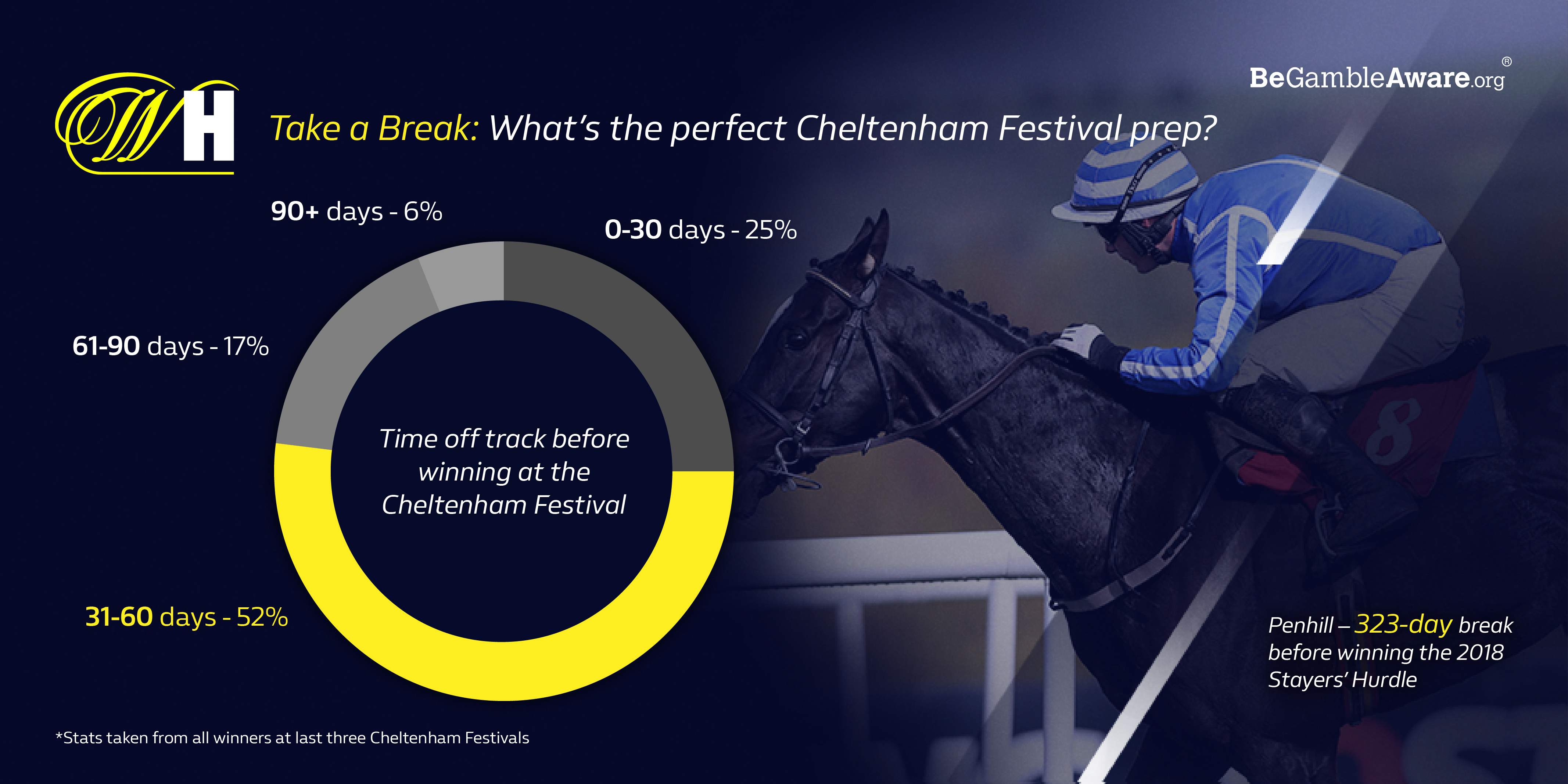 Since 2017, there has been a clear trend when it comes to the number of days off winners have before they are victorious at Cheltenham. From the 84 races in that period, 52% of the horses who came home in front had been off the track between 31 and 60 days.

Applying that theory to this year’s hopefuls, it may pay to search out horses who took in their final race no later than February 8, but not before January 10.

The less than ideal Cheltenham prep

While the stats show that a 31-60 day break is the ideal Cheltenham Festival prep, they also show that horses who are off the track for 90 days or more have a much slimmer chance of success.

At the last three meetings, just 6% of the winners have emerged victorious, with the most recent being Ch’tibello’s in last year’s County Hurdle – a win that came after 97 days off the track.

However, that’s nowhere near the longest break a horse has had before winning at Cheltenham, with two horses trained by Willie Mullins holding that accolade.

Englantine Du Seuil managed to win the Mares’ Novice Hurdle in 2019 after 180 days off, though that even looks a short amount of time compared to that of Penhill. Mullins’ runner remarkably managed to win the Stayers’ Hurdle, the championship feature race on the Thursday, after 323 days away.