Michael ‘Venom’ Page has looked incredibly untroubled in racking up a 13-0 MMA record, with nine of these coming in the Bellator promotion.

To date, his resume contains a showreel of stoppages, ranging from the tornado kick that saw him beat Ben Dishman on debut, the jumping knee that left a dent in the forehead of Evangelista ‘Cyborg’ Santos and the assortment of strikes that brought about the retirement of David Rickels.

However, there’s the belief that MVP’s opponents have been largely handpicked to date, lacking the necessary skills to really pose him any threat and thus allowing him to, in effect, take liberties with his striking and showmanship.

Taking Cyborg as an example, he had been stopped by TKO in half of his last six fights, had a gas tank that tended to empty quickly and possessed a brawling style that Page would comfortably be able to pick off.

Because of his point fighting background, Page is adept at controlling distance and lunging in athletically with quick and efficient shots. His lanky body shape with long arms and legs also assist in landing blows from distance.

The calibre of opponents fed to MVP so far have lacked the skills to close this distance effectively, often coming forward too slowly and getting clobbered with counter punches or simple sidesteps.

See our full list of MMA betting bouts and opportunities

This changes (slightly) at Bellator 216 – Page vs Daley

Finally, at Bellator 216 at the Mohegan Sun Arena in Connecticut, MVP gets the chance in the main event to step it up a notch in an all-British grudge match against Paul Daley.

Although almost a decade ago now, the 35-year-old has UFC victories to his name and has a reputation in Bellator for being among the best knockout protagonists in its welterweight division.

Daley may not be complete elite, but will certainly pose MVP a much sterner challenge than what has become the norm in the Bellator cage over the last six years. 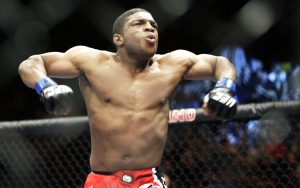 Paul Daley has previous victories to his name in the UFC

Yet, he’s still lost three of his last five bouts, is conceding six inches in height and three inches in reach to an opponent who knows how to make the most of these advantages.

If MVP’s opponents are being hand-selected, Daley is a clever choice, given he’s past his best and lacks the wrestling and takedown skills that would ultimately pose the biggest threat to the 31-year-old’s unbeaten record.

But Daley does have a name recognised in MMA, which would be seen as a noteworthy scalp. The only real threat would seemingly be if MVP overdoes the showboating.

The Bellator 216 odds have MVP priced up as the 2/5 favourite and that seems tough to oppose, while it’s 10/11 that he claims a ninth career success by KO or TKO.

For those looking for extra value, MVP hasn’t won in the opening round in three consecutive fights, while Daley hasn’t been beaten in the first five minutes since a 2011 MMA defeat to Nick Diaz.

It’s a potentially lucrative 13/2 for MVP to triumph in round two.