It doesn’t get much bigger than this for MMA fans as UFC 252 at the Apex in Las Vegas plays host to the long-awaited trilogy fight between UFC heavyweight champion Stipe Miocic and former two-weight champion Daniel Cormier on Saturday night.

Both men have won one fight each, with Cormier having dispatched of Stipe in the first round of their first meeting at UFC 226, and Miocic taking revenge at UFC 241.

Sean ‘Sugar’ O’Malley also returns to action in the co-main event as he looks to cement his continued UFC rise with a victory over Marlon Vera.

After a glittering career that saw him claim both the UFC heavyweight and the UFC light heavyweight belts, Daniel Cormier will likely hang up his gloves on Saturday night. The former Olympic wrestler will be hoping he can go out on top by becoming heavyweight king for the second time in his career.

It goes without saying that ‘DC’ is excellent on the ground, but his striking is right up there too as he proved with a crunching right hand that dropped Miocic in the first bout. Cormier is currently 10/11 to pick up the win.

Stipe Miocic is himself a two-time heavyweight champion whose last bout came as he knocked out Cormier back in August 2019. He’s beaten a who’s who of UFC legends during his career so far, including Alistair Overeem, Fabricio Werdum and Mark Hunt. As a former Golden Gloves boxing champion, his striking is feared, but as a former NCAA Division One wrestler he’s comfortable on the mat too. Miocic is also available at 10/11 to win.

One of the issues that may arise this time, as in their two previous meetings, is Cormier’s open palm shots leading to accidental eye-pokes. It wouldn’t be surprising to see ‘DC’ lose a point during the bout as the referee will certainly be on the look-out for the eye pokes this time around.

Miocic will likely have the advantage in the stand-up exchanges and is available at 17/10 to win by knockout, but Cormier can really make this bout his own if he can take it to the mat regularly. Cormier is available at 10/1 to win by submission.

Whatever happens, we’re in for a treat as two of the best heavyweights of all time battle it out once more. 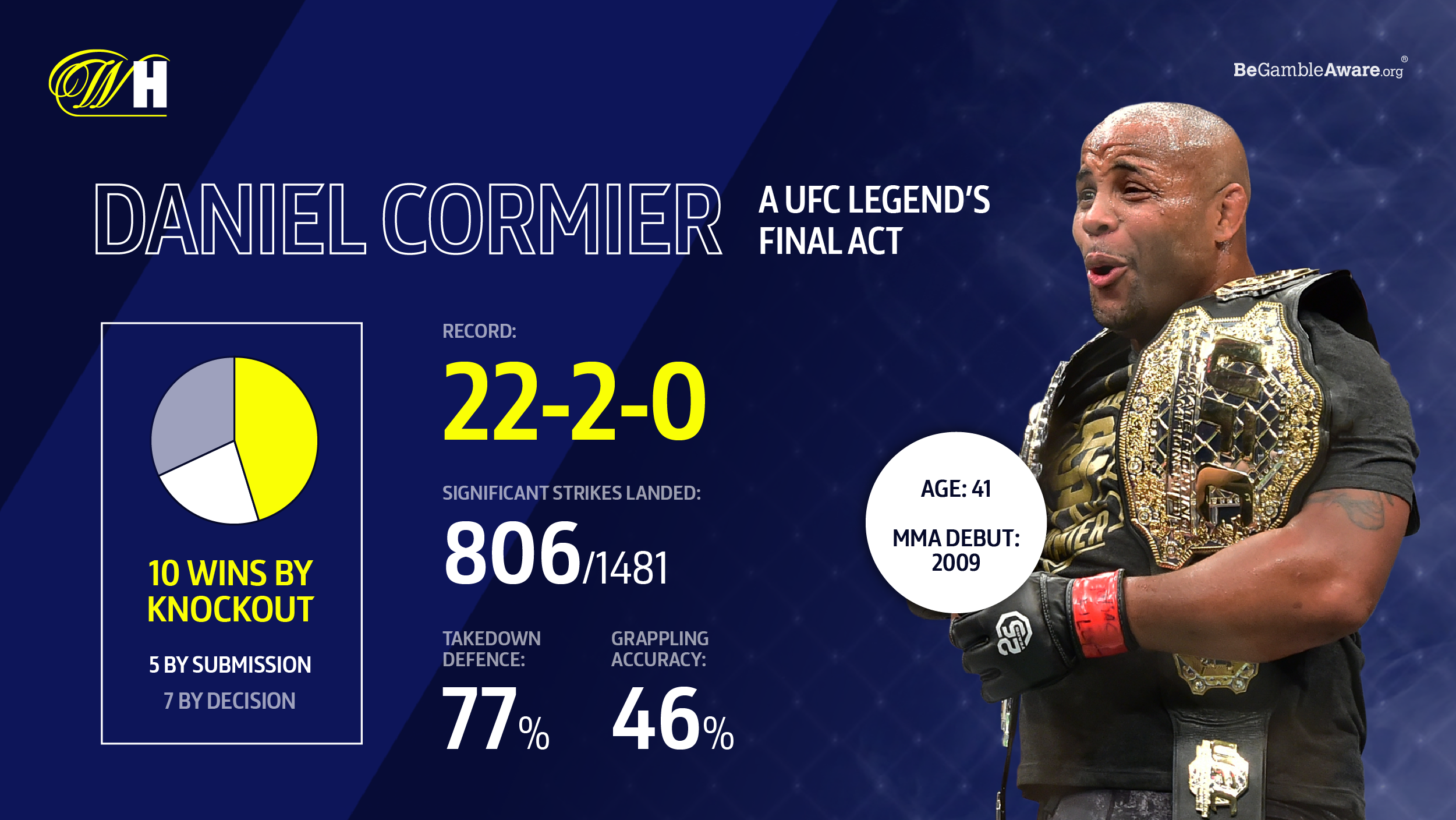 ‘The Sugar Show’ has just kept on rolling in recent months, as Contender Series alumni Sean O’Malley’s rise through the bantamweight division continues. After KO wins in his last two fights, including an incredible one punch knockout against Eddie Wineland at UFC 250, ‘Sugar’ now has himself in a sweet spot on the co-main event of one the UFC’s biggest cards in 2020.

Although only ranked 14th in the bantamweight rankings, O’Malley has huge potential aged just 25 and already has a perfect 12-0 MMA record. He’s available at 3/10 to win on Saturday.

His opponent Marlon Vera is an Ultimate Fighter alumni, who had put together an impressive five fight win streak in the UFC before coming out on the wrong side of a controversial decision in a war against Song Yadong.

Although O’Malley is a more than competent grappler, Vera should have the advantage on the ground if he can manage to take down his slippery opponent. Vera is currently 5/2 to claim victory.