1,000 races not out for Ferrari: Celebrating F1’s most successful ever team

Ferrari head into their 1,000th Formula One race at the Tuscan Grand Prix on Sunday in search of a record 773rd podium and what would be a remarkable 239th win in 70 years, our research has revealed.

The Scuderia may be having a 2020 season to forget but they will be able to put that disappointment to one side this weekend at the Mugello circuit when they become the first F1 team to reach quadruple figures for Grand Prix races started, with nearest rivals McLaren on 871.

Since their first entry in 1950, F1’s oldest active team have gone on to rack up an unmatched 238 race wins – a win rate of 24% – with nearest rivals McLaren again trailing behind on 182. 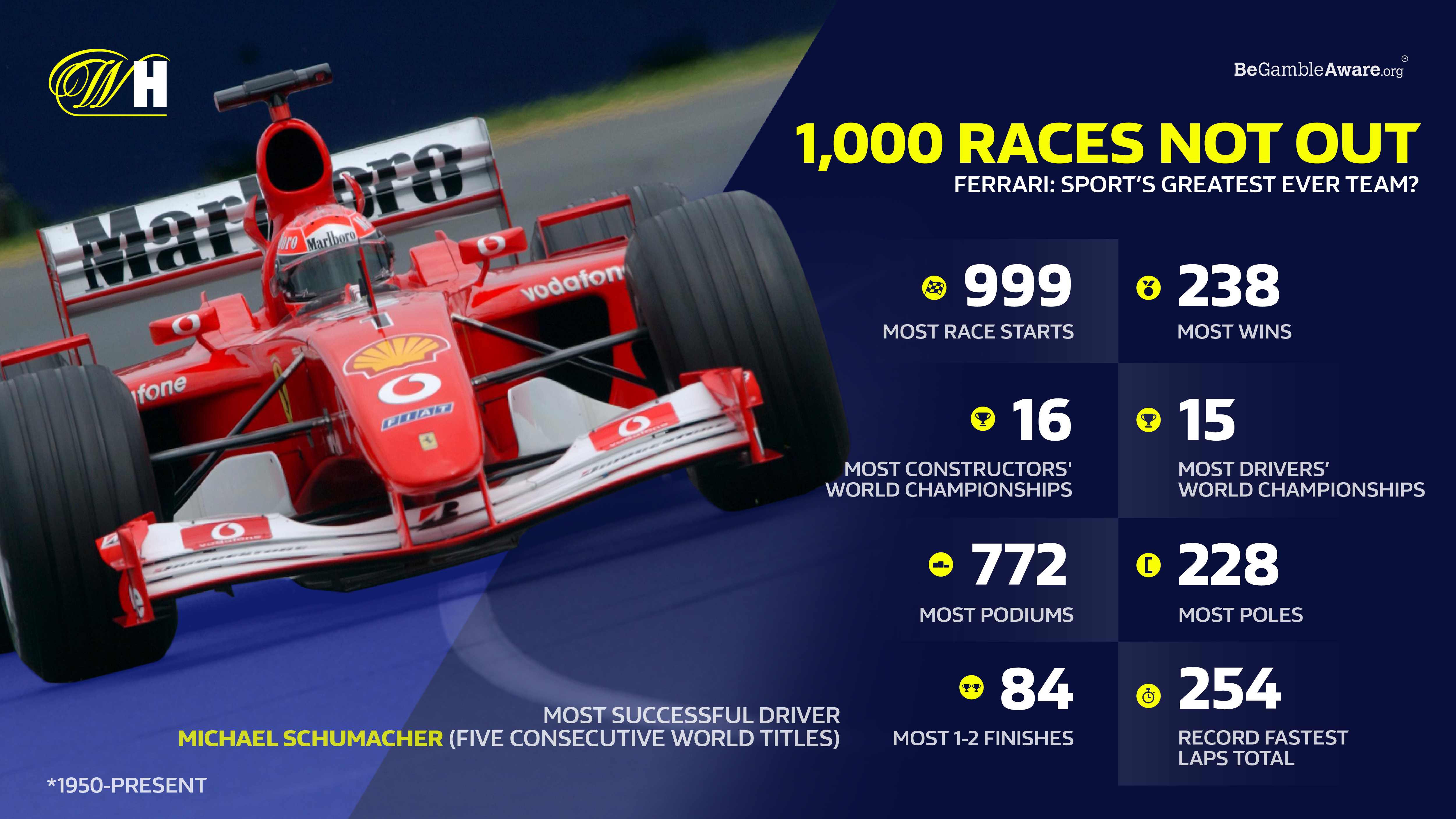 Ferrari also boast the most 1-2 finishes in history with 84, more fastest laps than anyone else with 254, as well as most wins at the same Grand Prix with 21 victories at the German Grand Prix over the years.

In terms of drivers, Michael Schumacher is their most successful ever, winning a record five consecutive world titles in the Scuderia colours between 2000 and 2004. Alberto Ascari, meanwhile, won their first Drivers’ World Championship in 1952, with Ferrari’s maiden Constructors’ World Championships coming in 1961.