If you believe the news, Eddie Hearn – the face of Matchroom Boxing – has an interest in reshaping rugby league in the United Kingdom. Super League has struggled to flourish in recent years, with other sports taking a more central position on British soil.

Even American sports, such as basketball and the NFL, are now watched more often than Super League; a shame for old-school rugby league fans. A Hearn-style shakeup might be exactly what the sport needs at this moment in time.

Hearn not wrong in his thinking

To be fair to Hearn, his comments on rugby league as a spectacle were fairly accurate. This is a sport with massive potential but Super League is arguably on its knees; most clubs struggle to sell out on a regular basis and the number of people watching on television is decreasing.

Since 1998, only four clubs (Wigan, Bradford, St Helens and Leeds) have won the Grand Final. The Castleford Tigers, whose performances during the 2017 campaign saw them head into the Old Trafford showpiece as favourites, threatened to buck that trend but ultimately fell short at the last hurdle. It would be fair to suggest that Super League has gone stale. 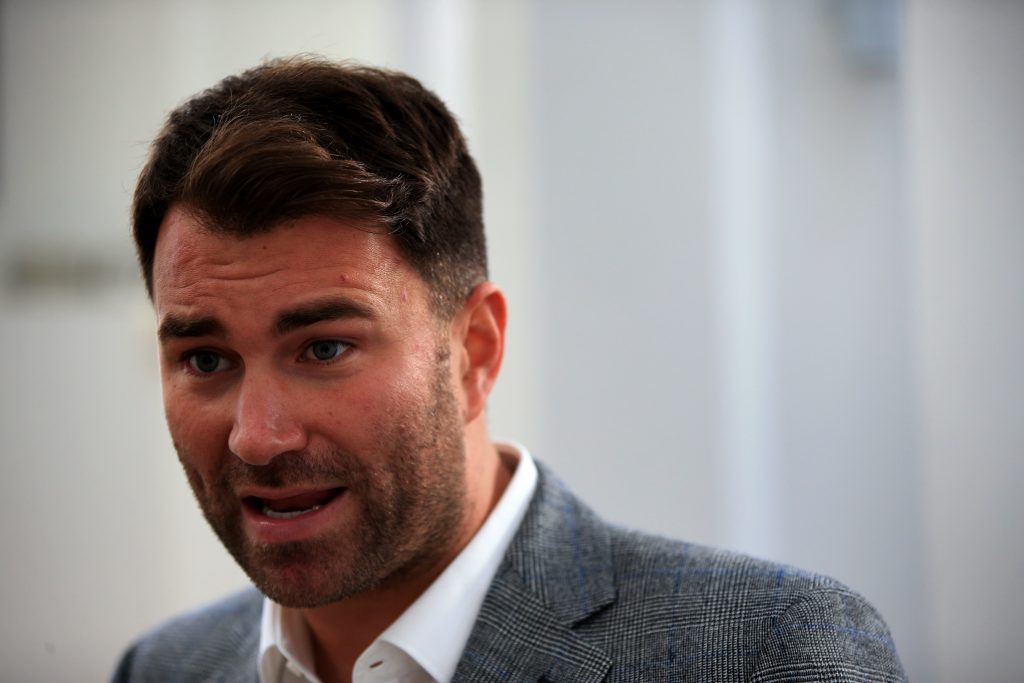 Sports promoter Eddie Hearn has hinted he could bring some Matchroom PR magic to rugby league.

By the same token, Hearn must remember that rugby league is not boxing. Yes, it’s been some time since a genuine superstar broke onto the scene, but couldn’t the same be said of other sports? In addition, rugby league is a team game before anything else. Building a solid group of players is integral.

Rob Burrow, Jamie Peacock and Kevin Sinfield – key to Leeds Rhinos’ dominance in the modern era – were all sublime individuals but all three needed a good group of players around them in order to maximise their potential.

Having won the Grand Final in 2017, Leeds began their 2018 campaign amongst the favourites to go on and retain the Super League crown this year. Head coach Brian McDermott is still there but the general feeling around Headingley has changed.

On the whole, Rhinos fans are expecting to struggle this year and that has contributed to a negative trend in attendance. With Hearn’s sprinkling of Matchroom sparkle, scenarios like this may not be as prominent on the Super League stage.

One of the most complex issues surrounding a Matchroom deal with Super League is the current television situation. Sky Sports regularly broadcast three live games every week; one on a Thursday, one on a Friday and one on a Saturday.

It would be interesting to see how Thursday’s Super League encounter fares in direct comparison to the Premier League Darts – especially given the Hearn family’s impact and influence in revolutionising darts as a sport. 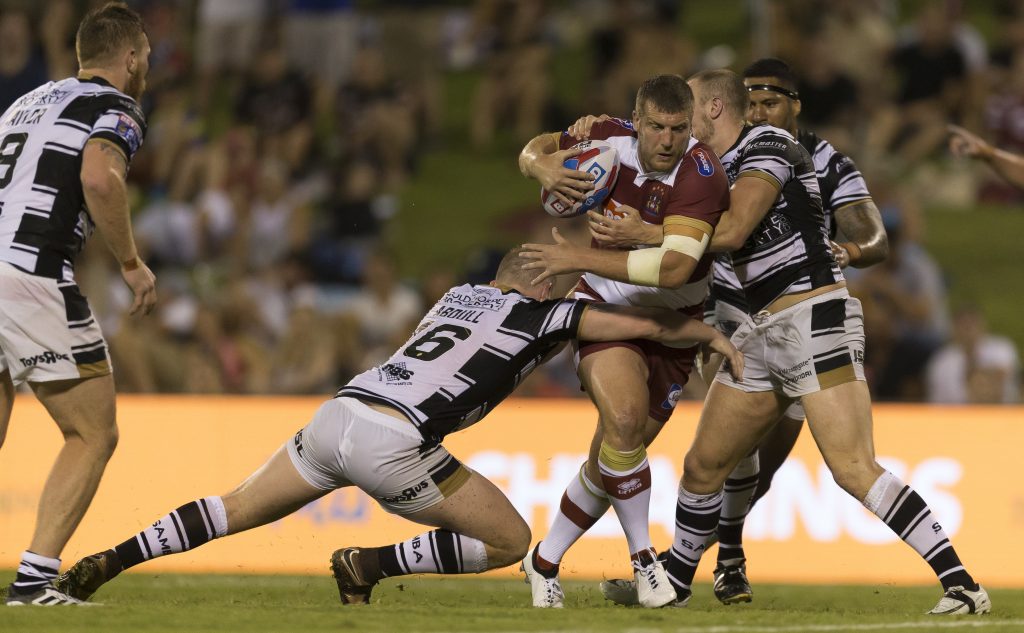 Tony Clubb of the Warriors is tackled during the Super League on Tour rugby league match between the Wigan Warriors and Hull FC at WIN Stadium in Wollongong.

Hearn is a wily old fox and he would have a plan of action to take Super League forward. You only need to look at the Hearn family’s track record in boxing, snooker and darts to see just how successful they can be.

Snooker, in particular, a sport massively in decline less than two decades ago, has bounced back to hit new heights in the modern era. There’s absolutely no reason why Hearn cannot take Super League to the next level. Introducing excitement and entertainment into the industry would have to be Hearn’s number one priority.

Would Hearn be aiming for a Magic Weekend every weekend?

Critics are questioning Hearn’s motives – how far is he willing to go? The logistics of a shift in Super League’s general landscape are tricky enough as it is.

The Magic Weekend, one of the most watched rugby league events of the calendar year, has been a real success but is Hearn interesting in holding a Magic Weekend every weekend?

Only time will tell but there are still plenty of question marks over a deal between Hearn’s Matchroom Promotions and Super League. As a business, Matchroom works incredibly well but would they be as successful branching out into rugby league?

A dark cloud lingers over the topic and it may be some time before we hear any more about a potential Super League takeover.