Cast your minds back to November 22, 2003. England, led by Sir Clive Woodward, faced a daunting task. Beating Australia is always tough, but beating Australia in Sydney was almost unheard of. With the two sides level after 80 minutes, the match went to extra-time and the chance to snatch World Cup glory opened up for a certain Jonny Wilkinson. The rest, as they say, is history.

Every member of that World Cup squad gave 110% – passion, determination and endeavour were three traits that England needed to beat Australia. Inspiration came from within on that day but five members of the squad enjoyed a particularly successful tournament; we look back at England’s most influential stars.

England’s leader both on and off the field, Johnson was a dominant figure in English rugby. The Leicester Tigers man commanded respect from his peers and officials were more than happy to discuss certain decisions with him. Johnson conducted himself impeccably during the competition and he’ll go down as England’s greatest captain.

Current captain Dylan Hartley has had his fair share of disciplinary issues and he could learn a lot from watching Johnson’s influence on the pitch. England, 4/1 to win the 2019 Rugby World Cup, could do with a Johnson-like leader to step up ahead of the competition.

England’s third most capped player is arguably their most famous. Wilkinson’s drop goal will live long in the memory – they remain the only northern hemisphere nation to lift the Webb Ellis Cup. (Sorry Ireland, Scotland and Wales supporters.) As a number 10, Wilkinson had it all; both for the Newcastle Falcons at Premiership level and for England on the international stage. 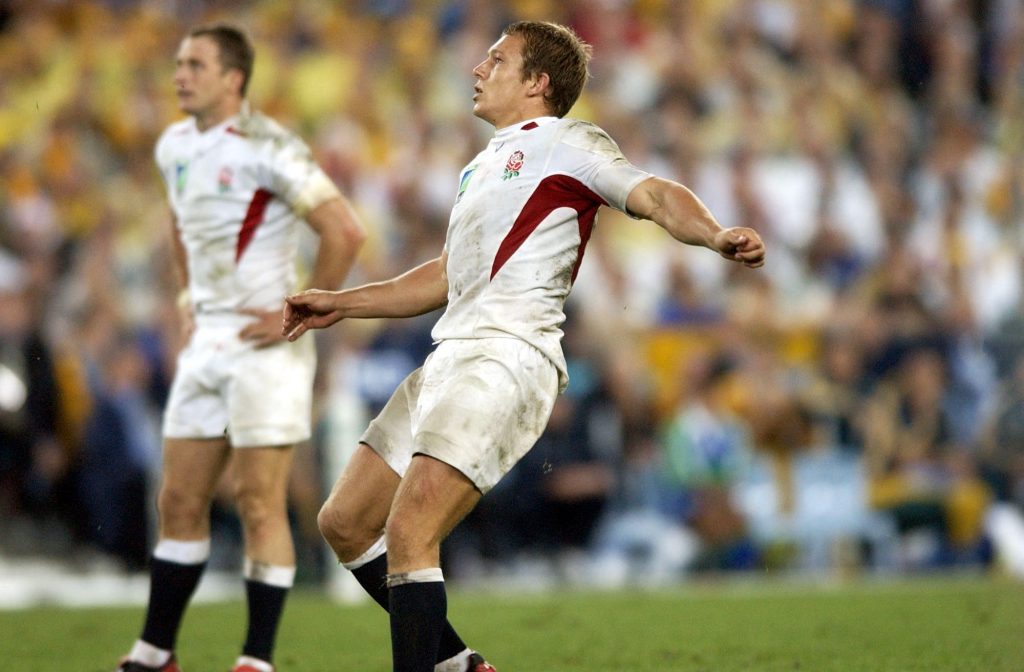 The image of Wilkinson’s drop goal is now present in many rugby loving households across England. He scored 15 of England’s 20 points in the final – without him, it could have been a very different outcome.

It is almost impossible to forget a character like Lawrence Dallaglio, yet so many people tend to overlook his contributions against Australia. The Wasps man made the all-important line break in the build-up to Robinson’s try and he was a man mountain in the second half and beyond with Australia pressing for a winning score.

Often labelled as one of the most versatile players in rugby, Dallaglio represented England 85 times – featuring in all three positions in the back row. He remains level in fourth on the all-time appearances list with Roy Underwood. Illustrious company indeed…

Scorer of England’s only try on that fateful day, Jason Robinson was originally a rugby league player – bet he doesn’t regret switching codes. The Sale Sharks legend touched down for a vital score just two minutes before the interval; that try gave England a 14-5 lead going into the break. Without his score, England may have gone on to lose. 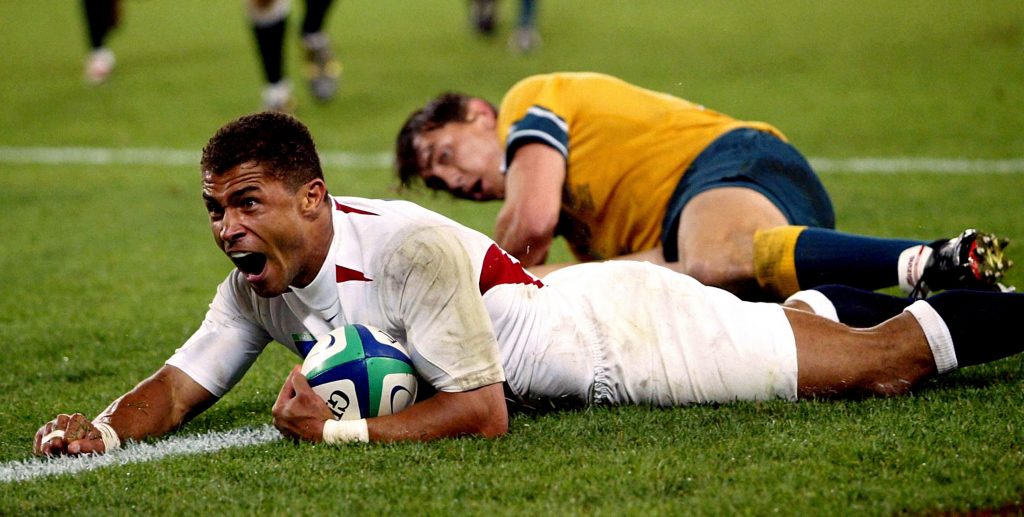 Jason Robinson celebrating scoring his try for England against Australia.

Robinson played in all seven of England’s matches throughout the tournament. The physical demands of playing so much rugby over a short space of time did not have an adverse effect on the England winger. He deserves plenty of plaudits for his 2003 efforts.

Potentially the greatest union head coach of all-time, Woodward was the brains behind England’s triumph. Some have labelled current boss Eddie Jones as the new Woodward – England have an incredible record under the Australian. Japan will be hosting the 2019 event and fans will recall their shock victory over South Africa back in 2015; Jones was in charge of Japan that day.

Since then, Japan have continued to make strides, and Jones deserves plenty of credit for their efforts. Is he the new Clive Woodward? Only time will tell. Sir Clive has a one-nil lead in the World Cup winning stakes at the moment…