England quickest off the mark as Six Nations’ strongest starters

It’s all about getting off to that perfect start at the Six Nations and our research has revealed that England are the quickest off the mark when it comes to winning their opening round fixtures.

The 2021 Six Nations campaign gets under way on Saturday and reigning champions England go into their opener against Scotland with the strongest opening round record in the competition – having claimed more points, won more games, scored more points and notched more tries than any of their rivals.

Our research analysed every first-round fixture in Six Nations history, from 2000 onwards and considered the points system change from 2017, which has revealed that England have racked up a total of 43 points over the years from opening-day games with 17 wins out of 21, while scoring an unbeaten 632 points and 69 tries in the process. 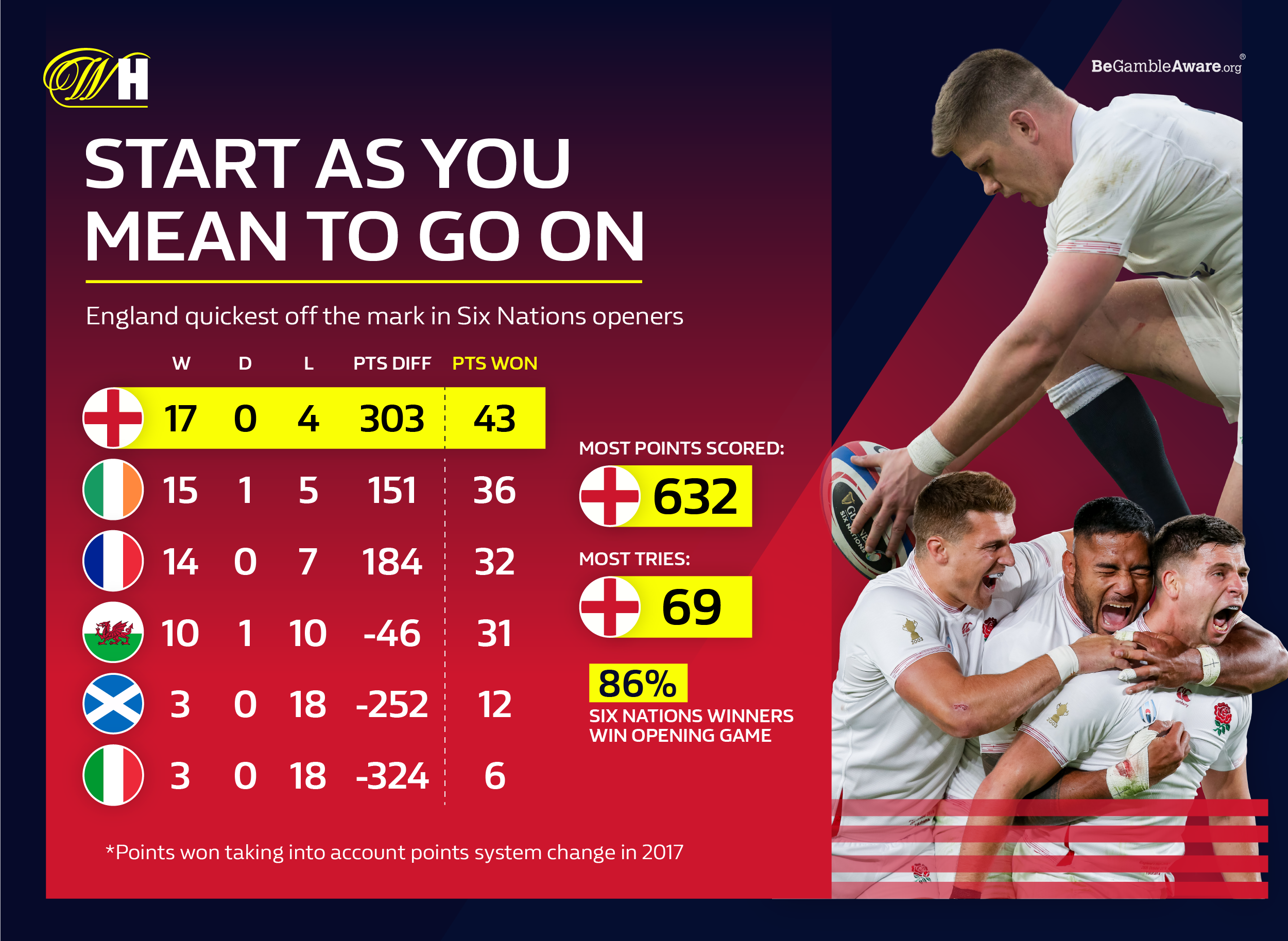