Eddie Jone’s England faces the Springbok at Twickenham Stadium this Saturday, with the Lions tipped as the favourites. But they face fierce opposition and our England vs South Africa predictions are forecasting a defeat for England.

England are projected 4/6 favourites for victory but the feeling is that against a hard-hitting South Africa team, Jones’ men are ripe for the pickings.

A South Africa victory looks a great bet, wagering at a 6/5 pick and a dabble into the winning margin market could bring richer rewards.

The Springboks winning by 11-15 points also has appeal – which is trading at odds of 9/1 – which is a bet that would have landed when the two nations met in Bloemfontein in June.

Four years on and not much has changed for Jones’s men heading into a batch of Autumn Internationals to continue preparations for a Rugby World Cup, and our England vs South Africa predictions reflect this.

Back in 2014, England began the internationals with a 31-28 defeat to South Africa at Twickenham, stretching a losing sequence to five matches.

That scoreline was arguably only so close due to England making the most of a Victor Matfield sin-binning by scoring two tries.

Their form did marginally improve ahead of the World Cup the following year, but that didn’t prevent an elimination in the pool stage, despite being the tournament hosts.

Compare this to the build-up to England’s 2003 Rugby World Cup success, where they defeated New Zealand, Australia and South Africa in the preceding Autumn Internationals.

That’s why we’re forecasting a win for the All-Blacks in our England vs South Africa predictions and betting tips. 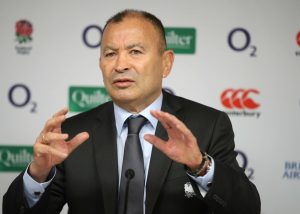 Can Eddie Jones’sside defeat a steely Springbok side on home turf?

England vs South Africa predictions: What are England’s chances?

This year under Eddie Jones, England’s form reads as five defeats in their last six matches, which makes it somewhat baffling that they are priced up as third favourites in the current Rugby World Cup odds at a 7/1 pick.

An argument can certainly be made that England are more likely to fail to reach the knockout stages again in Japan, rather than lift the trophy.

The one positive in their recent outings was the latest 25-10 success over South Africa in Cape Town, although this was a dead rubber in a series already lost and played on a bog of a pitch.

In the two previous defeats to South Africa in the same series, conditions were much firmer, allowing for much speedier, cavalry-charge rugby.

South Africa certainly appear more likely World Cup winners at present, yet can be backed at intrepid odds of 8/1. These two prices may be set for a switcheroo after the Springboks kick off this year’s Autumn Internationals at Twickenham.

Scroll down and peruse our best match bets featuring our England vs South Africa predictions, projections and betting tips. 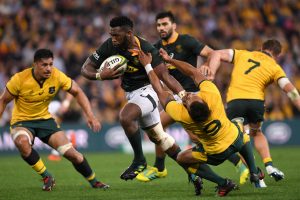 The South Africans are leading the charge in our 2019 World Cup winner predictions.

However, the bigger concern is the lack of productive ball carriers in Jones’ 25-man party. Mako’s brother Billy, Nathan Hughes, Chris Robshaw and Courtney Lawes are others ruled out, while the omission of Ben Morgan for no obvious reason seems foolish.

Bath rookie Zach Mercer, 21, now looks the only option to play at number eight and although he has added bulk to his frame this season, he remains more lightweight than those missing.

Manu Tuilagi was originally selected but has been sidelined due to a groin injury.

What do you make of our England vs South Africa predictions and betting tips?