It’s a popular generalisation that the two codes of rugby in England follow something of a north-south divide. Rugby league is dominated by teams from the north of the country while the opposite is largely true for its union counterpart but there are exceptions.

Sale Sharks have been a regular competitor in the Aviva Premiership while in the north east, union tends to prevail over league in the schools and clubs across the region. Newcastle Falcons have, in the modern day, produced some of the best players in the game, including their leading points scorer Jonny Wilkinson, whose boot led England to World Cup glory in 2003.

The side has, however, won the Premiership title just once, back in 1997/98, and recently even made the drop down to the second tier of English rugby union. The Falcons are widely seen as underachievers but is this down, in some part, to their remote location? Could their isolated spot in the north east of England really affect Newcastle Falcons’ Premiership title chances?

Since returning to the top flight after their Championship win in 2012/13, Newcastle Falcons have done little to suggest that they would add to that solitary Premiership crown. Three consecutive 11th-placed finishes were followed by a slight improvement in 2016/17 and for much of the 2017/18 campaign, Dean Richards’ side were in the coveted playoff places.

A top-four finish and a place in the European Rugby Champions Cup would be seen as progression, while the Falcons’ chances of winning the Premiership title may also look more promising in the seasons that lie ahead. Despite these moves up the table, Newcastle are still seen as an outside bet to win the domestic prize but if there are issues with their location, what problems are presented by this perceived isolation?

Like any side, Newcastle Falcons’ Premiership title chances depend on bringing the best domestic and overseas players into the club. Ahead of the 2017/18 season, the big news in terms of personnel saw Toby Flood return to his first professional club after nine years away with Leicester Tigers and Toulouse.

Injuries restricted the fly-half’s contributions but he remained a consistent points scorer for the Falcons as and when fitness allowed. At 32, Flood is starting to approach the end of his playing career and while his spell in France effectively ended his international days back in 2013, he is arguably the biggest name in the current Newcastle squad.

In contrast, the Falcons’ skipper is Will Welch, who became the club’s youngest ever captain at the age of 22 back in 2012. He’s 28 now and while he’s maintained his role at Kingston Park, Welch has yet to be considered for the full England squad. As a player, Will Welch is typical of the Newcastle squad as a whole – a talented club man who has yet to progress and take international honours or, if they have been capped, the majority of the squad have not become regulars in their respective national teams.

It was a very busy summer for transfers into and out of the club with 12 players arriving in Newcastle and a further 11 departing through the exit door. However, while the Falcons have been improving on the pitch, there was a lack of quality with no real star names arriving in the north east. In fact, early transfer news ahead of the 2018/19 campaign shows that some of those new players will be departing in the summer.

In the case of DTH Van Der Merwe, the deal is already done with the South African-born Canadian international having already departed for Glasgow Warriors in the Pro 14 after just three appearances for Newcastle in 2017-18.

In any sport, it’s said that overseas players, in particular, will either head for the biggest clubs in the game or, if they are not on the radar of those sides, they will tend to look for the more attractive cities in the UK with London a common destination.

That’s an unfair assessment of Newcastle, which has much to offer, but that misconception amongst players is widely acknowledged in the press. The question, therefore, is whether the club has missed out on top players who choose to bypass the north east and look for the warmth and perceived bright lights of the capital. It’s a theory that could be backed up by 2017/18 transfers and while it’s been a more productive campaign, Newcastle Falcons’ Premiership chances may just have been affected by the lack of extra quality in the starting XV. 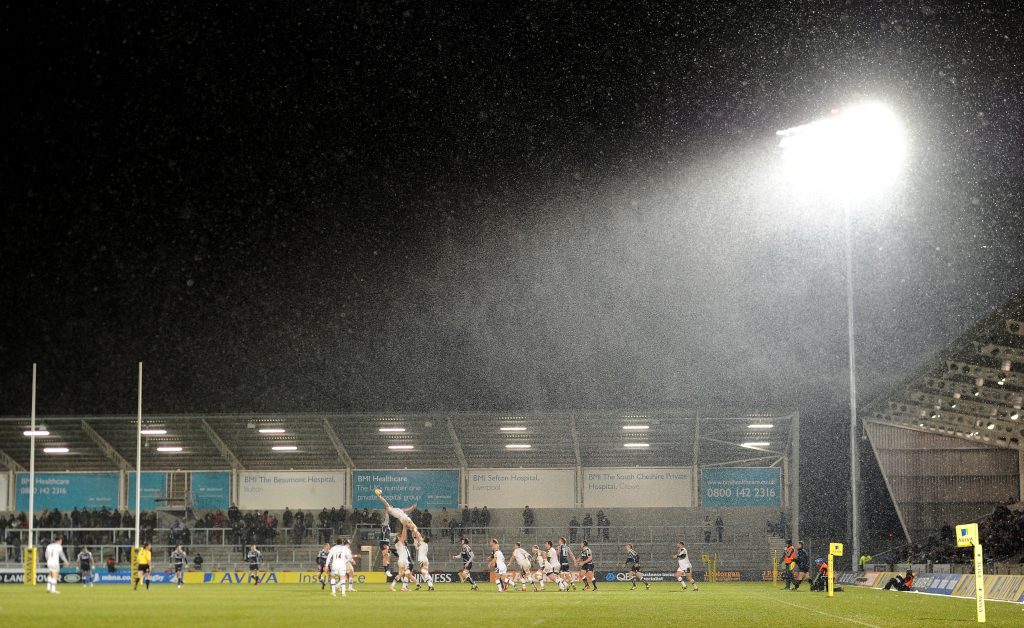 One glance at a map of Aviva Premiership Rugby sides underlines Newcastle Falcons’ isolation from the rest of the clubs in the division. The nearest team are Sale Sharks who are based in Salford, some 165 miles away. At the furthest end of the spectrum, Exeter Chiefs in the south west of England are 370 miles from the Falcons and while they also find themselves in a remote position, no-one in the division is required to negotiate as much travelling as Newcastle.

It’s debatable as to whether this issue affects Newcastle Falcons’ Premiership title hopes but any questions of fatigue will intensify if the club enters into European competition from 2018-19 onwards.

Newcastle will need a big squad moving forward in order to tackle the demands of an increased fixture list, so while the side has progressed in the Premiership over the last two seasons, this is an important summer for Dean Richards and the club. Supporters will hope that a better pool of talent can be persuaded to make the longer journey and use the north east as their base as the Falcons prepare to battle at home and abroad.

It’s unclear as to whether their remoteness has affected Newcastle Falcons’ chances of Premiership success but we may know the answer to that question in the coming seasons as the club looks to improve on all fronts and make itself a more attractive prospect to the best players in the UK and beyond.