The 2020 Six Nations is all set to go down to the final day and our research has revealed that only Italy have a worse record than England in their final round fixture over the last 20 years, with Wales the competition’s strongest finishers.

The Six Nations sides will all complete the 2020 campaign in their final round fixtures on Saturday, with England, France and Ireland all still in contention of winning this year’s championship.

But our research looking at every final round fixture in Six Nations history, from 2000 onwards and taking into account the bonus point system change from 2017, has revealed ahead of Saturday’s game against Italy that England have the worst final day record in the competition, apart from the Azzurri.

England, surprisingly, sit fifth in the table with 22 points from their final round fixtures over the years following nine wins and a draw, with the wooden spoon going to Italy, who have claimed just seven points from their closing games with three wins from 20. 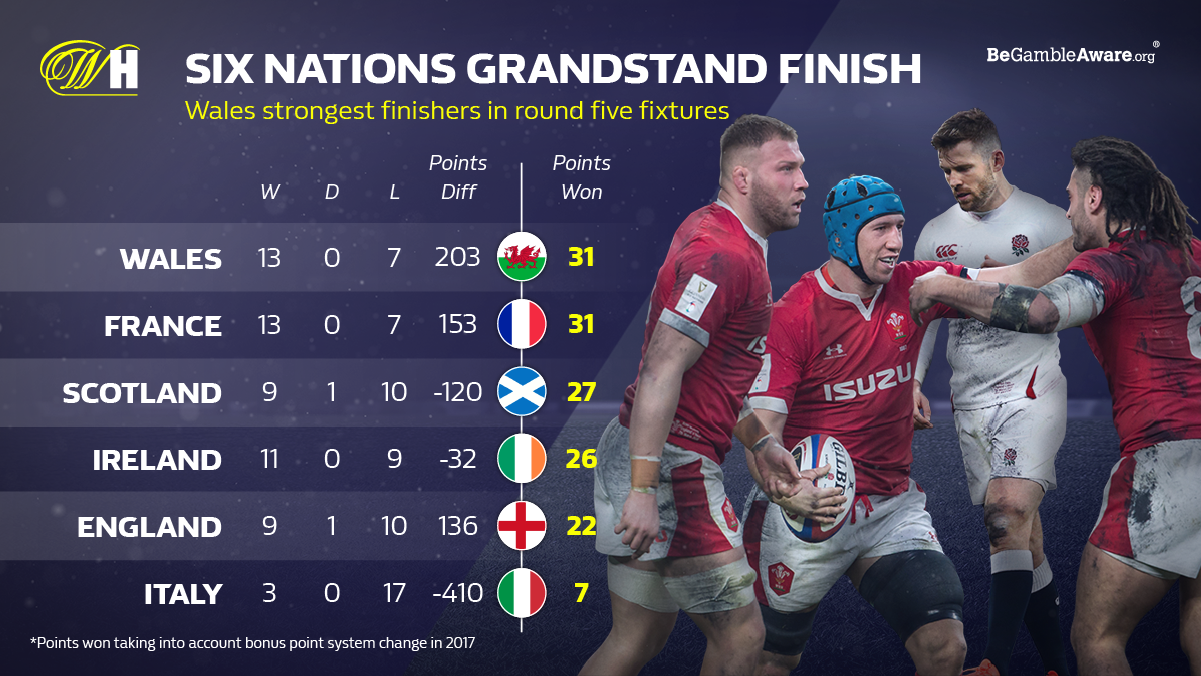 Reigning Six Nations champions Wales, meanwhile, edge France for the crown of strongest finishers. Wales, like France, have picked up 31 points over the years with 13 wins out of 20, but have the superior points difference with 203 to France’s 153.

Sitting next in line behind the top two are Scotland, with a total of 27 points racked up on the final day, with nine wins and a draw from their 20 games, while Ireland follow closely behind on 26 points after recording 11 victories.

While England sit at the bottom end of the table, they have notched more tries than anyone else in their final round fixtures with 61, while France have scored more points with 553. Wales, meanwhile, have the best defence, conceding just 30 tries and 340 points – less than any other side.