There’s only one bet for the Snooker World Championship – Ro…….

Despite not having made it further than the quarter finals in each of the last four years, Ronnie O’Sullivan has been priced up as the 15/8 favourite to win the 2019 Snooker World Championships.

However, the Rocket’s recent record at The Crucible is only one reason that this price is about as attractive as Quasimodo. The second is the draw.

Although things start out easily enough against James Cahill, the first ever amateur to qualify for the main draw, the five-time world champion arguably finds himself in the toughest section.

A possible quarter final with either Judd Trump or Ding Junhui await and O’Sullivan has already lost to the former on multiple occasions throughout the season.

Should they clash at the last-eight stage again, it could be the same result again. With Trump known to play naughty snooker, his naughty draw is also reason to oppose him at outright odds of 11/2. 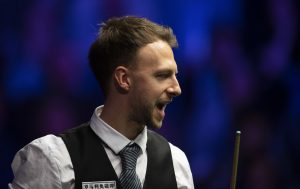 Judd Trump could face Ronnie O’Sullivan in the quarter-finals

This means that there is one obvious World Championship Snooker bet and that’s Neil Robertson each-way at 5/1. Each-way bets with William Hill pays out 1/2 odds on the two finalists.

Why bet on Neil Robertson to become world champion again?

A victory for the Australian would make him the first overseas player to be crowned world champion more than once, following his 18-13 success over Graeme Dott in 2010.

In terms of consistency this season, no player has reached more finals, with three victories and an equal number of defeats, while Robertson also tops the standings in terms of his 78 century breaks.

His triumph in Beijing at the China Open is especially noteworthy, as it’s left him in the top section of the draw, which is away from all of his main rivals for the Crucible title.

What’s more, nobody has a better temperament in the tournament, which is especially critical here given the length of the matches, which can extend into three or four sessions in the latter stages.

With one of Kyren Wilson, Mark Williams or Barry Hawkins looking Robertson’s most likely semi-final opponent, the passage to the final looks smooth for the Aussie, which is all that’s required to make an each-way bet a winner.

Check out all the latest snooker betting odds