Dancing On Ice: We’ve let the Cat out of the bag early on top-three finisher

When it comes to TV talent shows, members of The Pussycat Dolls historically have a great record. Late last year, former I’m a Celebrity runner-up Ashley Roberts reached the final of Strictly Come Dancing, losing to Stacey Dooley despite scoring more points than any other celebrity throughout the series.

Kimberly Wyatt is a previous winner on Celebrity MasterChef and Nicole Scherzinger was twice a winning judge on the X Factor, mentoring both James Arthur and Matt Terry to victory.

Now it’s the turn of Melody Thornton, who has been announced as one of the 12 celebrities strapping on their skates for the latest series of Dancing On Ice. Melody has been priced up at 6/1 in the early Dancing On Ice 2019 betting and she has previously gained some additional exposure with the British public.

She came across in a likeable manner in 2017 during the second series of the E4 reality programme Celebs Go Dating.

In terms of Melody’s partner on the ice, she has been paired with another debutant in Alexander Demetriou, a heartthrob with the capability of drawing his own band of British public voters. Should this happen, then it’s another tick in Melody’s box for reaching the latter stages of the show.

Other Dancing On Ice 2019 betting markets that involve Melody include the 7/4 that she follows in the footsteps of Ashley and reaches the final by securing a Top 3 finish, or the 13/8 that she’s the last female left in the competition. 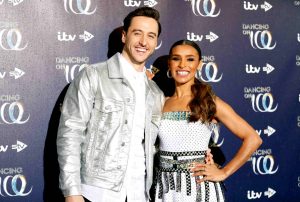 Could the ex-Pussycat Doll star clinch the Dancing On Ice title?

Heading the Dancing On Ice betting is Love Island star Wes Nelson at 7/4, who will be partnered by last year’s winning professional figure skater Vanessa Bauer, who won paired with Jake Quickenden.

James Jordan comes next at 11/2 and, given that he was a professional on Strictly Come Dancing, he will begin with a clear advantage in terms of maintaining the right body positioning and posture.

Also at 11/2 is Richard Blackwood, who has revealed in a TV interview in recent days that he spent time in Sweden growing up, which involved ice skating to school.

Continuing on the Nordic theme, former X Factor runner up Saara Aalto is 9/1. Where do you think she will Finnish?

Click here to create a William Hill account; we’re offering new customers £30 in free bets when you bet £10 on any of this weekend’s action.