Following the off-the-dance-floor antics that have populated many newspaper pages and news bulletins over the past week, it will be little surprise to some to see Seann Walsh as the favourite in the next elimination Strictly Come Dancing betting.

However, there’s at least one reason to suspect that the comedian will receive a stay of execution this week, while some damning statistics point to an alternative fall guy (or girl).

Read on for our latest Strictly Come Dancing betting tips and predictions.

Initially it was doubtful whether the comic would even be allowed to compete in week four of the 2018 Strictly series after his scandalous snogging of dance partner Katya Jones outside a London bar.

Yet a show spokesperson has confirmed that it will be ballroom business as usual for the pair.

Logic would suggest that the duo are unlikely to be in the good books of the voting public, despite their televised apology on It Takes Two, making Seann seem a solid Strictly Come Dancing betting tip at 11/8 to be the third celebrity eliminated.

Also against Seann and Katya is that the past week’s media hullabaloo is sure to have had a negative impact on the pair’s ability to rehearse their next routine.

However, they will be dancing the Charlestown to Lunchmoney Lewis’ hit ‘Bills’ and this style of dance has already brought fellow male celebrity contestants Joe Sugg and Graeme Swann their best scores of the series so far.

So, even if the public rebel against Seann and he ends up in the bottom two of the vote, the odds are that his dance-off performance will be of a high-enough standard to survive another week.

If the show were really keen to see Seann eliminated, they could’ve given him a far more unsuitable dance. 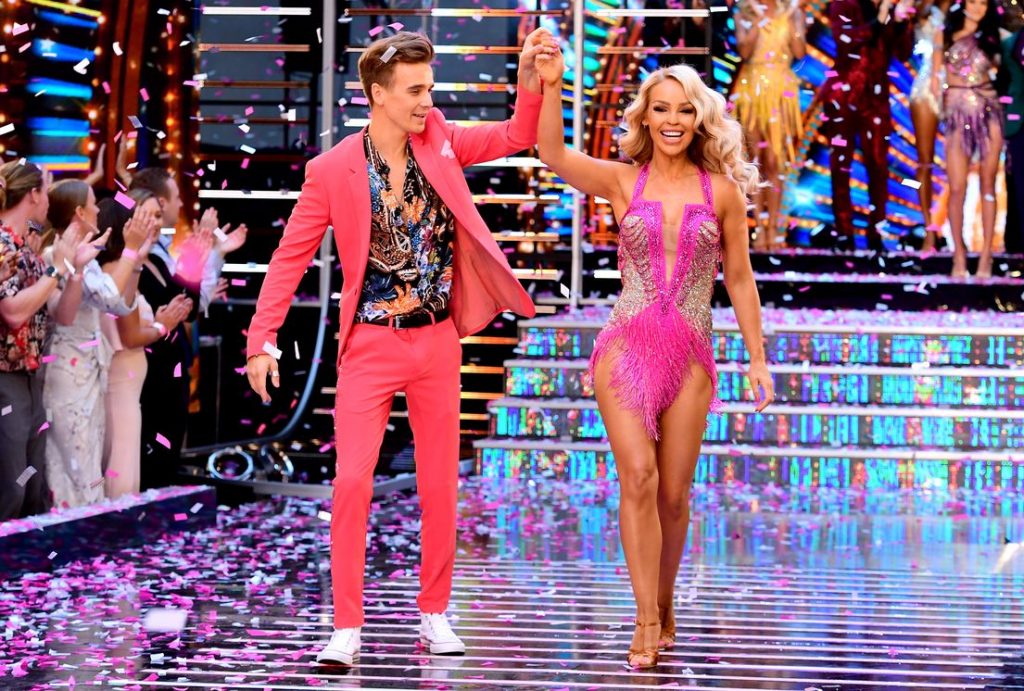 Katie Piper is 9/1 in the betting to leave next

Without the tawdry press parade of recent days, it’s highly unlikely that Seann would be positioned as favourite in the Strictly next elimination betting.

After all, his score of 30 last week was better than eight of the 13 celebrities he will be competing against in week four.

Post-scandal market movements have pushed out the prices of numerous contestants who would appear to be weaker dancers. This means there should be some value to be found our Strictly Come Dancing betting tips – just as we saw in Love Island earlier this year.

After all, as mentioned previously, should one of the weakest dancers end up in the bottom two, they are much more likely to be voted off by the judges.

All of the pairings still in Strictly have danced three times up to this point. Of those, Katie’s average with Spanish professional Gorka Marquez is the lowest.

Her average score of 17.3 points is, in fact, four lower than anyone else. Meanwhile, her top score so far of 22 points is less than all other contestants.

What’s worrying for this week too is that this is likely to be her toughest dance yet.

Katie, who is blind in her left eye, and Gorka are dancing the jive to ‘Why Do Fools Fall In Love’ by Frankie Lymon and the Teenagers and this looks set to be her first quicker dance of series 16 of the show.

Judge Craig Revel Horwood has already questioned her balance and the speed of the jive is only really like to make this more apparent.

A very likely Strictly Come Dancing betting tip is that Katie will register the lowest score with the judges, even if Gorka can manufacture a routine to hide her weaknesses.

Then it just comes down to whether she has enough likeability and sympathy from public voters to avoid the bottom two.

At odds of 9/2 in the Strictly next elimination betting, there is plenty of value in taking the chance that the public send enough votes elsewhere.