Day One Betting: The Cheltenham Event with William Hill

Champion Day is here! It’s the first of four days racing from the Cheltenham Event.

The best novice hurdlers go to post for the opening race, the Grade 1 Supreme Novices’ Hurdle, with the tapes going back at 1:20.

Last year saw a close finish, with Nicky Henderson’s Shishkin claiming the win. Which of this year’s runners will add their name to the history books?

The Championship race of the day sees Epatante looking to defend her Champion Hurdle title in a mouth-watering clash with Honeysuckle at 3:05.

Since 2010, Willie Mullins has trained four winners of the race, and he holds strong claims once more with Appreciate It at the head of the betting.

And, the last seven-year-old to win the race was Captain Cee Bee in 2008, with horses aged five winning five times and six-year-olds claiming the top prize seven times since. 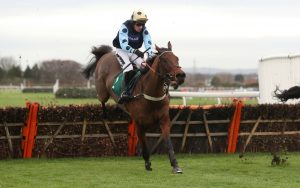 A battle of the mares in the Champion Hurdle

Epatante stormed up the Cheltenham hill to win the 2020 Champion Hurdle. She beat Sharjah by three lengths to give owner JP McManus his fourth consecutive win in the race.

This year, the seven-year-old is looking to become the 14th horse to win consecutive renewals, following the likes of Sea Pigeon, Istabraq and Buveur D’Air.

Her preparation hasn’t been smooth. After an easy win the Fighting Fifth in November, she struggled to land a blow in the Christmas Hurdle on Boxing Day. Can she return to her best form?

Honeysuckle joined Epatante at the top of the betting after her stylish win in the Irish Champion Hurdle at Leopardstown. It was a perfect ride from Rachael Blackmore who made an early move and kicked for home with her rivals seemingly treading water.

It’s 10 career wins from 10 starts for Henry de Bromhead’s star, who recorded her own Cheltenham success 12 months ago in the Mares’ Hurdle. Can she add her name to the Champion Hurdle roll of honour?

Get the latest Champion Hurdle odds

The winning runners and riders from Champion Day 2020

After day one last year, the Prestbury Cup standings were pretty even, with UK trainers winning four of the seven races, while three went to Ireland.

It was a strong start for both Nicky Henderson and Henry de Bromhead, who both trained doubles.

Henderson took home two of the Grade 1 races, including the Champion Hurdle, but it was de Bromhead who watched Put The Kettle On put in a slick round of jumping to win the Arkle, before Honeysuckle’s success.

Here’s a round-up of the winning runners and riders from Champion Day 2020. 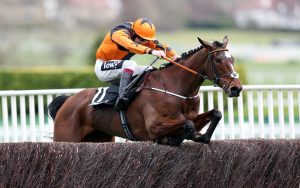