Get the latest Cheltenham Event odds

The eyes of the racing world will fall on the Cheltenham Event from Tuesday 13th March until Friday 19th March for four days of top-class horse racing. Every day, there are seven races, with a Championship race the highlight.

The curtain raiser is the Supreme Novices’ Hurdle. Bookending the event for another year is the Martin Pipe Conditional Jockeys’ Handicap Hurdle.

For the first time this year, there’s a Mares’ Chase. It’s the penultimate race on Friday and has replaced the Novices’ Handicap Chase, meaning the event programme has been slightly reshuffled.

Looking for the latest 2021 Cheltenham Event odds? You can bet online or download the William Hill app for all the latest horse racing odds. And remember to check out our special offers.

Year after year trainers target their horses to win races at the Cheltenham Event, while some runners progress through the ranks to win more than one race at the meeting – look at Tiger Roll.

Last year, we saw Shishkin hold off a late challenge from Abacadabras to win the Supreme Novices’ Hurdle. Nicky Henderson’s gallant grey returned to action this year over fences. He’s three from three over the larger obstacles and looks like the one to beat in the Arkle.

Away from the opening day, you’ll see the likes of Politologue aiming to keep his Queen Mother Champion Chase crown, which could be tricky against Chacun Pour Soi.

Meanwhile, Paisley Park will hope to win back his Stayers’ Hurdle title after last year’s shock success for Lisnagar Oscar.

But most of the attention will be on Al Boum Photo. Willie Mullins’ star chaser has won the last two Gold Cups. Can he become the first horse since Best Mate to win the race in three successive years? You’ll have to wait until the final day to find out. 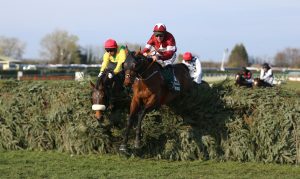 The main races at the Cheltenham Event in 2021

There’s never a shortage of drama at the Cheltenham Event, whether it comes in one of the handicaps or one of the 14 Grade 1 races.

That’s right! Half of the races at the event are at the top-level, and each day sees a Championship race. Let’s look at them:

Last year, Epatante was first past the post for Barry Geraghty and Nicky Henderson. The mare gave owner JP McManus his fourth successive win in the race, after Buveur D’Air triumphed in 2017 and 2018, before Espoir D’Allen won in 2019. So, keep an eye out for those famous green and gold silks.

There are three other Grade 1s on the opening day:

This year’s Arkle could prove to be one of the races of the week – it’s the sensational Shishkin v the electric Energumene.

The second day is also known as Ladies Day, and the feature race is the Queen Mother Champion Chase. It’s been won by the likes of Moscow Flyer and Master Minded, while nobody will forget Sprinter Sacre’s incredible victory in 2016.

This year’s race has its own star attraction with Chacun Pour Soi well fancied to land the spoils for Willie Mullins. And you can see why after his eight-length victory in the Dublin Chase.

Other Grade 1 races on day two include the:

Will Irish eyes be smiling at Prestbury Park on St Patrick’s Thursday? Last year, five of the seven races went to Irish trainers – Gordon Elliott saddled a treble, while it was a double for Mullins.

But there was a shock in the Stayers’ Hurdle where 50/1 shot Lisnagar Oscar powered clear up the Cheltenham hill to give our ambassador Rebecca Curtis and jockey Adam Wedge a success.

Paisley Park, the 2019 winner, is vying to win the race for a second time but will face a familiar foe in Thyme Hill. Philip Hobbs’s runner got the better of him in the Long Distance Hurdle at Newbury in November. Then he got his revenge in a thrilling finish in the Long Walk Hurdle. Will they battle it out again?

The two other Grade 1 races on the card are the:

History is often made on the final day at Cheltenham. Remember Henrietta Knight’s Best Mate winning the Gold Cup three years running between 2002 and 2004?

Can Al Boum Photo write his name in the record books this year? He had to dig deep last year but had enough left in the tank to retain his title, beating Santini by a neck.

Savills Chase winner A Plus Tard, RSA Novices’ Chase winner Champ and the progressive Royale Pagaille could also have their say in this year’s finish.

The other Grade 1 races on the final day are the: