The action continues to come thick and fast with the second day of the Grand National Festival celebrating all things Liverpool. It’s Ladies Day.

There are seven more races, with four Grade 1s, including the Melling Chase at 3:25. Min won in 2019 beating Politologue – the 2018 winner – who went on to win the 2020 Champion Chase at Cheltenham.

This year’s renewal will be highly anticipated with it likely to feature a few runners from the Champion Chase, while Waiting Patiently – third in 2019 – could have another crack at the race for trainer Ruth Jefferson.

There’s also the Topham Chase, which sees the Grand National fences jumped, plus there’s the Sefton Novices’ Hurdle, won by Champ in 2019. So, let’s find out more.

The first race is off at 1:45 and it’s the competitive Orrell Park Handicap Hurdle, won by Three Musketeers in 2019.

Attention then moves to the first of the day’s Grade 1 races – the Top Novices’ Hurdle. My Tent Or Yours, Josses Hill and Buveur D’Air have all won this race after placing in the Supreme Novices’ Hurdle. So, the opening race at Cheltenham could give you some clues to solving this one.

The Mildmay Novices’ Chase (2:50) gives some of the rising chasers a chance to shine and follow in the footsteps of Silviniaco Conti and Native River. The RSA Novices’ Chase or JLT Novices’ Chase can give us a guide to this race, but with Aintree a flatter track, it could prove a more suitable test to a speed horse.

We get to see the Grand National fences in the Topham Chase at 4:05. The runners like to tackle these unique obstacles but may lack the stamina to get home over the Grand National trip. In recent years, Ultragold and Always Waining have won the race multiple times.

The Sefton Novices’ Hurdle is Aintree’s version of the Ballymore Novices’ Hurdle. Champ was second in that race at Cheltenham before going one better here on Merseyside. Lisnagar Oscar was third in 2019, and he went on to win the 2020 Stayers’ Hurdle. So, it could mark your card for some future stars.

And, there’s still one more race – the Pinsent Masons Handicap Hurdle for conditional and amateur riders.

This race has previously been run on the Saturday after the Grand National. But, there’s been a change to the programme seeing it switch places with the Weatherbys Standard Open National Hunt Flat Race. 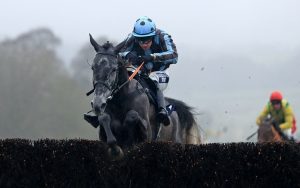 With no racing taking place at Aintree last year, let’s recap what happened in 2019.