Now in its 33rd year, the William Hill Sports Book of the Year award is the world’s oldest and richest sports writing prize with amazing stories and memoirs that reflect the landscape of sport over the past year.

First awarded in 1989, the award is dedicated to rewarding excellence in sports writing, and this year the prize for winning will be £30,000 and a trophy, with shortlisted authors receiving £3,000 cash and a leather-bound copy of their book.

The Longlist was announced on September 30 with 15 books in the running, following 143 entries this year, with the selection including a diverse mix of male and female authors from across a wide range of sports, including tennis, football, rugby league, cricket, cycling, athletics, boxing, rugby, mountaineering and, for the first time in the awards’ history, flying.

This will then be whittled down to a shortlist on October 28, with the winner being announced on December 2 at the official awards ceremony in London.

Following Grigory Rodchenkov’s win in 2020, organisers will be naming a new winner this time around with no previous victors featured on the longlist, and they will have their work cut out with a stellar line up of talented authors making the longlist.

The longlist includes hard-hitting autobiographies and heartfelt memoirs, remarkable tales of courage and defiance, feats of incredible endurance, as well as revealing accounts of racism in sport and accounts from huge sporting icons. 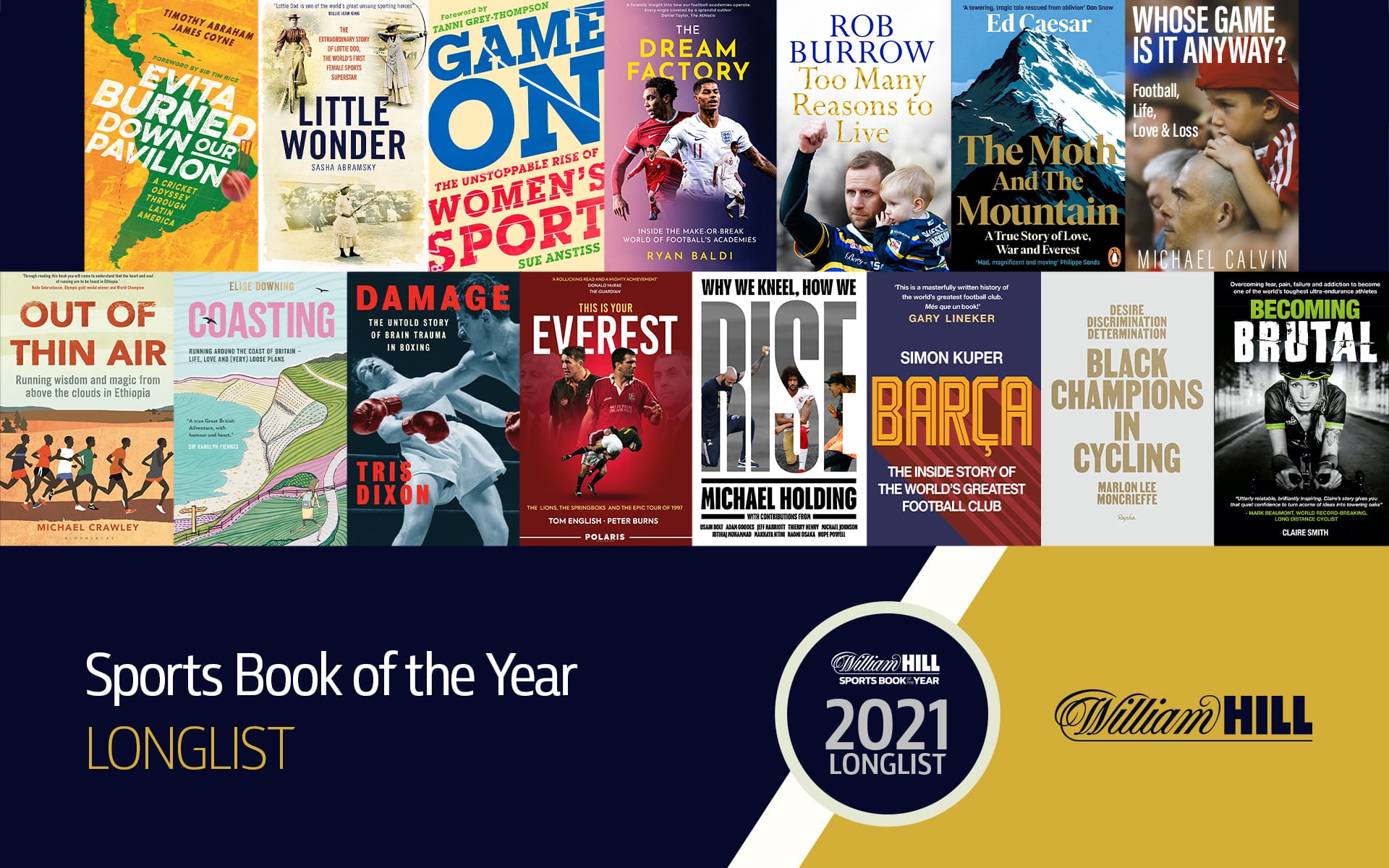 Two of this year’s longlisted authors focus on racism and discrimination in sport. One takes a powerful look at the history of racism through the prism of sport, showing how we can change things through education and understanding. The other highlights the additional challenges that black cyclists have had to overcome to succeed in the sport over the years.

There is also a strong number of female authors this year with three strong contenders, including Claire Smith, who became the first British athlete ever to complete a continuous Double Deca Iron Distance triathlon, Sue Anstiss, who established fearless women in 2020 – a company with a powerful ambition to drive positive change for women’s sport, and Elise Downing’s fantastic account of running 5,000 miles around the coast of Britain.

Rugby League legend Rob Burrow also makes the list. His extraordinary story documents his battle with Motor Neurone Disease and the incredible courage and resilience he has shown to keep fighting to the very end. It tells the story of a man who is channelling all his determination and positivity into his biggest battle yet.

William Hill Sports Book of the Year review panellist and renowned sports broadcaster Matt Williams said: “I’m delighted to have been involved in selecting the longlist for this prestigious award for a second year. The bar was set so high by last year’s entrants but it has been cleared this year. The number of celebrated and talented writers who missed out is testament to the strength of the longlist. Yet again, they demonstrate how lucky we are to be living in a golden age of sport writing.”

Last year’s winner, Grigory Rodchenkov, took the top honours for his memoir The Rodchenkov Affair: How I Brought Down Putin’s Secret Doping Empire. The former head of Russia’s national anti-doping laboratory was in hiding since his participation in Bryan Fogel’s documentary “Icarus”, in which he revealed the true extent of the Russian doping scandal.

The 2021 William Hill Sports Book of the Year Longlist is below: