Petra Kvitova is 8/11 favourite to win the 2019 Australian Open final against rising star of the women’s game Naomi Osaka, but she may still have been underestimated by the William Hill traders.

US Open champion Osaka has been priced up as 11/10 underdog to claim victory and with it her second successive Grand Slam triumph, but to do so she will have to upset a 7-0 Kvitova streak, along with some other dispiriting numbers in her opponent’s favour.

Bet on the Australian Open 2019 womens’ final with William Hill 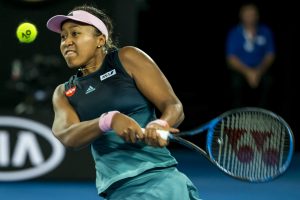 Will Naomi Osaka rise to the challenge of battling Petra Kvitova?

It may be five years since the Czech world number six last contested a Slam final, but her recent record in deciders is undoubtedly one which has swayed our Australian Open 2019 predictions – she’s won the last eight she’s contested.

With a record like that, it’s little wonder the 6ft leftie told wtatennis.com

Like Osaka, Kvitova has won every Slam decider she’s ever contested, thanks to two Wimbledon triumphs, and she bids to extend that perfect record by continuing a potent run of recent form.

The 28-year-old is on an 11-match winning streak after warming up for the Aussie Open with a tournament win at the Sydney WTA.

Unlike the Japanese youngster, the experienced campaigner has yet to drop a set at Melbourne Park and has dismantled those who have stood in the way to the extent that she’s yet to give up more than six games to an opponent so far at the tournament.

Kvitova is 10/11 to overcome a -1.5 game handicap in another of our Australian Open 2019 predictions as a result.

By contrast, the woman who will face her across the net in the Rod Laver Arena has already gone three sets three times en route to the showpiece.

William Hill are offering Enhanced Odds about Petra Kvitova to win the first set 6-1 or 6-2, boosting them from 4/1 to 5/1. Four of her last five outings at the tournament would’ve rewarded backers of the bet.

Bet on all the latest tennis odds with William Hill