The world tennis number one is today playing fewer matches, entering less competitions and travelling to fewer countries each season compared to 20 years ago, according to research from William Hill.

The year-end world number ones for 2001 and 2003, Lleyton Hewitt and Andy Roddick, racked up a massive 98 and 91 matches respectively in those years, while playing in 22 and 23 tournaments and travelling to 10 and 11 countries. Rafael Nadal and Novak Djokovic, meanwhile, played 78 and 65 matches in 2017 and 2018 respectively, and participated in 18 and 16 competitions as they visited 10 and nine countries each.

The decline in playing and travelling time across the past 20 years for the year-end world number ones has enabled them to free up more time for training, recovery and fine-tuning their bodies, allowing them to carry on deeper into their careers. 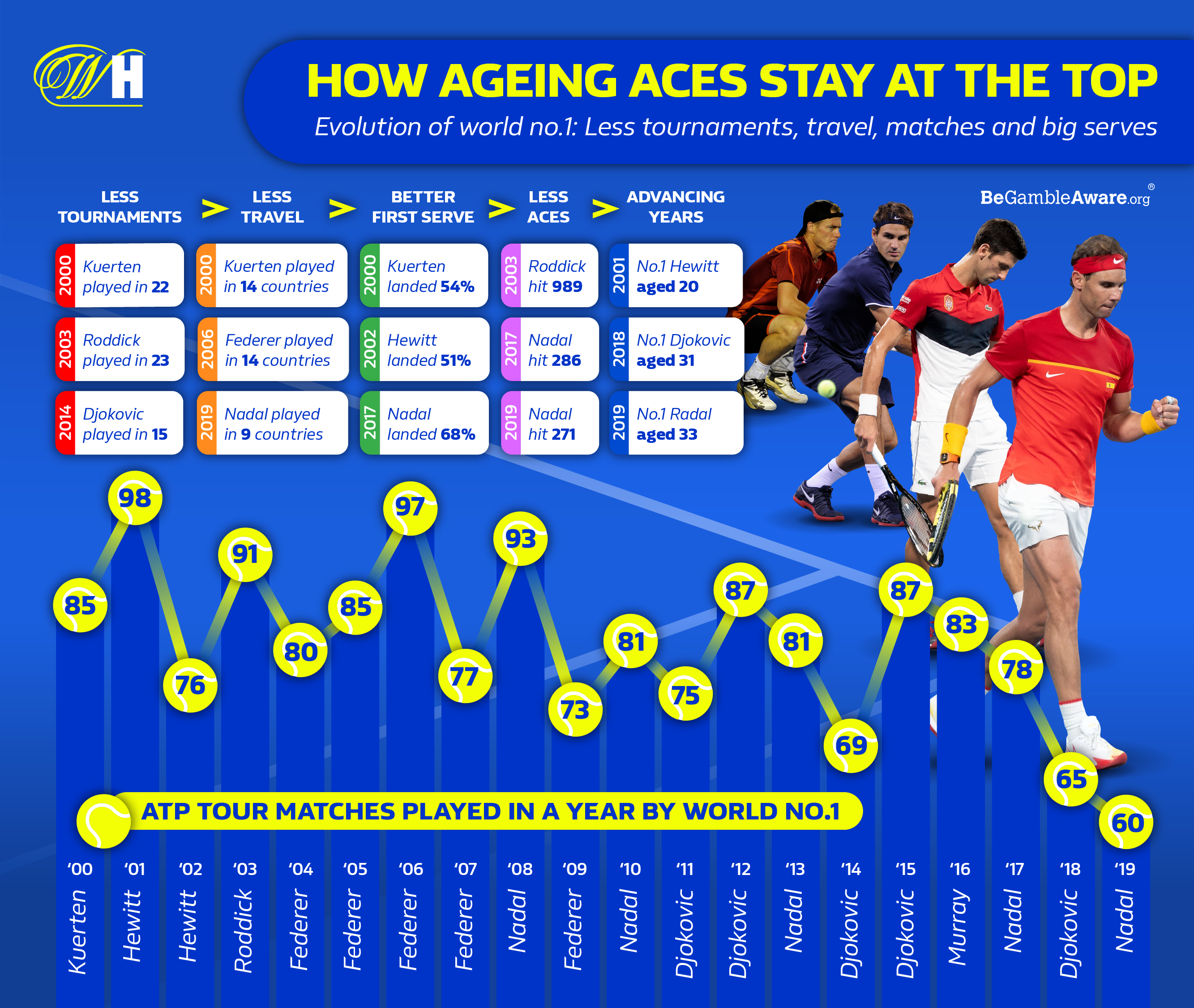 The world tennis number one today is able to play at the top of his game at a much older age compared to 20 years ago – Kuerten was 24 when year-end world number one in 2000, compared to Rafael Nadal at the end of 2019, who was 33.

As well as the evolution of the world number one involving less playing time and players going deeper into their careers, the playing style has also evolved.

With the big power serve less of a focus for the world number one in recent years, they have landed more first serves while also winning more points on their second serve.