William Hill looks at the habits of England fans

World Cup fever has well and truly taken over this year, with Harry Kane’s heroics and a last-16 knockout game sending ever-hopeful England fans’ expectations soaring. But as a nation, how do we embrace the beautiful game?

Here at William Hill, we’ve crunched the numbers and spoken to 2,000 over-25s in the UK to find out the facts. We wanted to know exactly how the country watches and celebrates England games in the tournament. Where do people watch the game? Do they wear an England kit? How many pints have been sunk during the first round, and just how far will England fans push their celebrations? It’s all revealed below.

Gearing up for the game 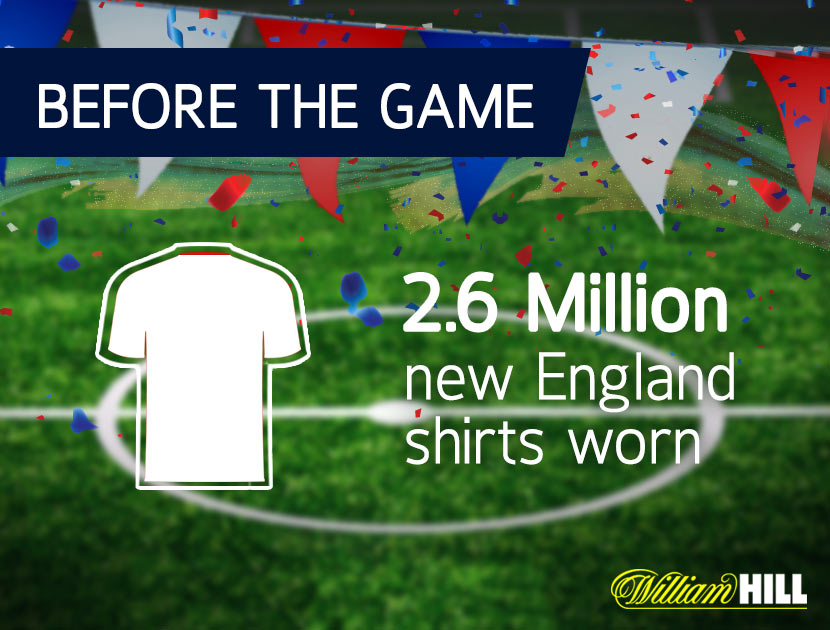 A new England kit can cost upwards of £65; despite this, 2.6 million fans will have bought the official England shirt for Russia 2018. Of all those watching around the country, 15% will don a retro shirt, with David Seaman’s – ahem – colourful Euro 96 goalkeeper’s jersey fetching over £100 on auction sites. Though Royal Mail has famously banned flags on its vehicles, 2.7 million people will be flying car flags them from their windows, and 1.4 million supporters will be wearing the cross of St George as face-paint for the match.

A total of 4.4 million people will also have a flutter in a social sweepstake. That means that, statistically speaking, a lucky(?) 137,500 will have drawn England, while the same number will have been unlucky enough to land Panama.

The game in numbers: 90 minutes around England 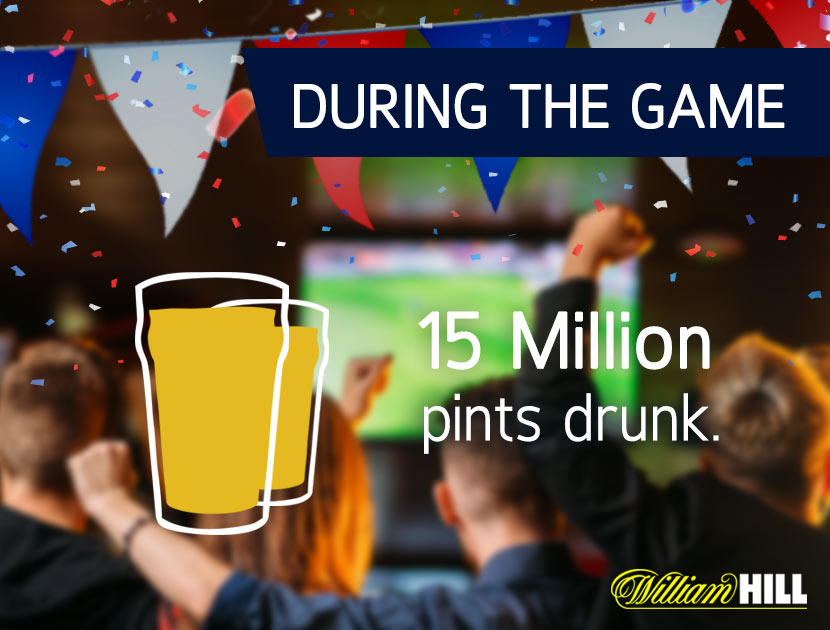 When it comes to watching an England game, 34% of people will be viewing at home and 21% will be in the pub. England are set to play their last game of the tournament in a 3rd place play off against Belgium.

During a game, 6.1 million people will stick the kettle on at half time, 3 million will have a vindaloo and 4 million will be active on their social media channels throughout, sharing their celebrations and opinions of the game they are watching.

In the tournament so far, Harry Kane has scored the most goals per minute, and the figures show that England fans have been celebrating with the talisman. It’s estimated that during the group stages 15 million people enjoyed a pint and 10.8 million were shouting at their TVs.

Celebrating and commiserating: After the game 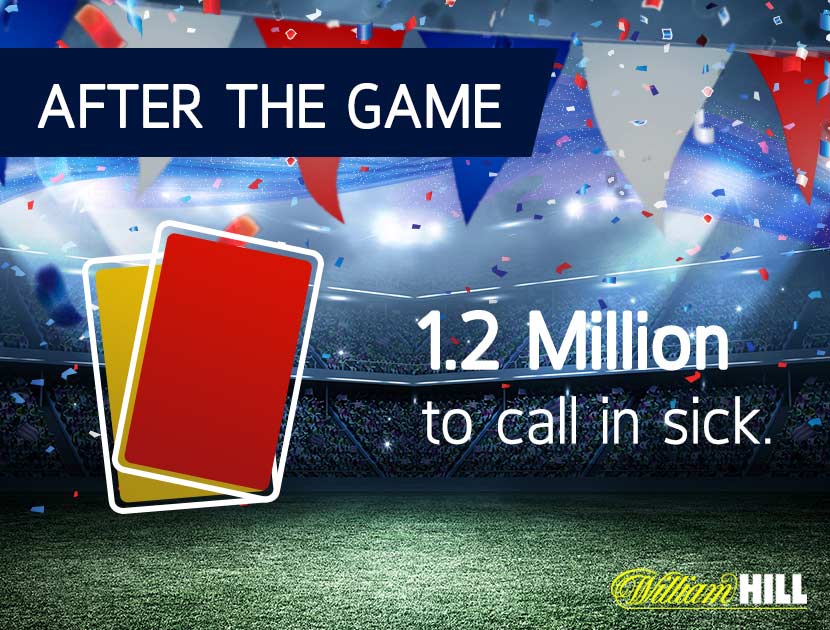 Anticipating a post-celebration hangover – or after drowning their sorrows – an estimated 1.2 million England fans planned to call in sick following the team’s World Cup games, with 1.1 million having already pulled a sickie after previous World Cup games in 2014.

A further 8% freely admitted that they planned to leave work early on the days with England games, and 4% had already booked the day off after one of England’s group games in preparation.

Men are more likely to consider bunking off, with 5% of all male respondents hoping their bosses would be sympathetic, compared with just 2% of women.

Despite work the next day a positive 18% did say they would carry on drinking wherever they watch the game, and, romantic nation that we are, a frisky 5% said that in the event of an England win they would have sex to commend the achievement.