Anatomy of a knockout: How Anthony Joshua knocks out his opponents

Ahead of ‘Clash On The Dunes’, we take a look at how Joshua has gone about his previous 21 knockouts – a tally he’ll be looking to add to when he faces Ruiz Jr. this week.

Joshua keeps his head in knockouts

Joshua is the 4/9 favourite to defeat Ruiz Jr. and is 8/11 to win the bout by knockout – his most-fancied method of victory on the night.

Of Joshua’s 22 professional career wins, 21 of those have come through knockouts, with just his victory over Joseph Parker in 2018 the only one to last the full 12 rounds and to be settled on points.

One knockout, meanwhile, came from a flurry to the head and body (Michael Sprott), while Joshua’s remaining five knockouts were a result of an uppercut to the chin of his opponent (Matt Legg, Matt Skelton, Konstantin Airich, Kevin Johnson and Dillian Whyte).

In terms of when Joshua has knocked out his opponents, it’s the second rounds that have produced his most stoppages with eight (Butlin, Kisicek, Darch, Skelton, Bakhtov, Zumbano, Johnson and Martin), with five first-round knockouts following next (Leo, Avila, Legg, Sprott, Cornish).

Rounds three and seven have each seen Joshua produce three knockouts respectively (Airich, Gavern, Molina/Whyte, Breazeale, Povetkin), while he has landed one knockout apiece in rounds 10 and 11 (Takam/Klitschko).

However, as Joshua’s quality of opponents has increased through his career his fights have lasted far longer, with his last five knockouts coming in the seventh, third, 11th, 10th and seventh rounds respectively.

Bearing this in mind, Joshua is most fancied to stop Ruiz Jr. between rounds four and seven, which are each priced in the round betting at 14/1. 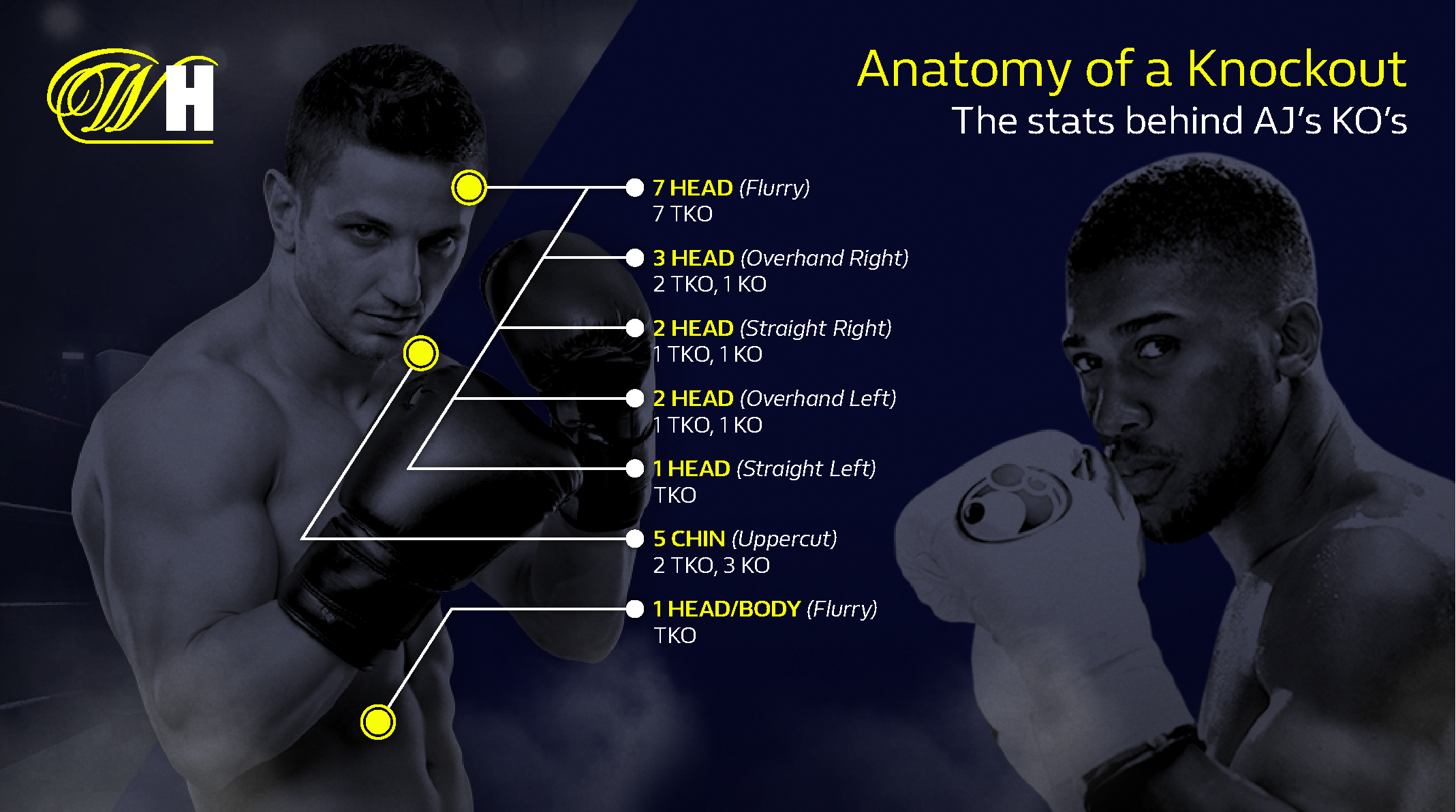