Anthony Joshua can head into his world heavyweight title bout against Oleksandr Usyk at the Tottenham Hotspur Stadium on Saturday full of confidence, with our research revealing he has a better record fighting at UK football grounds than any other British world champion from the past 50 years.

Our study analysing every fight involving past British world champions over the last half century taking place at UK sports stadiums to have hosted football matches has revealed Joshua has an unmatched record with five wins out of five, including four world title wins out of four.

Joshua has previously beaten Matt Legg, Wladimir Klitschko and Alexander Povetkin at Wembley Stadium, and Carlos Takam and Joseph Parker at the Principality Stadium, with all barring the Legg fight being a world title clash. Joshua also achieved an unbeaten 4 KO or TKOs in those fights at a knockout rate of 80%. 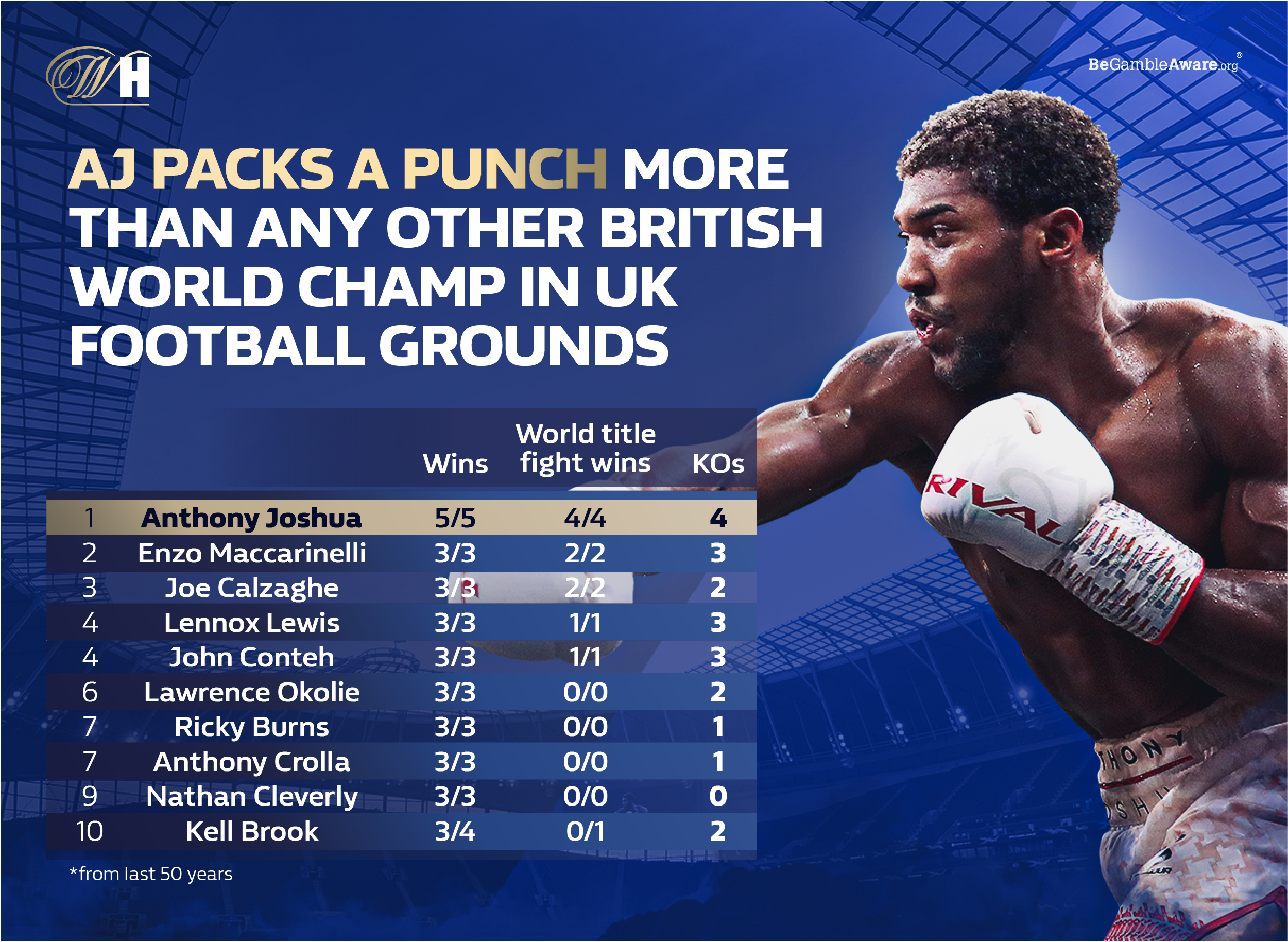 Joshua’s record is superior to that of the 51 other boxers to have fought in UK football stadiums, with the next best records seeing Enzo Maccarinelli, Joe Calzaghe, Lennox Lewis, John Conteh, Lawrence Okolie, Ricky Burns, Anthony Crolla, Nathan Cleverly and Kell Brook all having picked up three wins. Each boxer managed to secure their three victories from three fights, except for Brook who had four fights.

Maccarinelli and Calzaghe boast the best world title fight record of those nine with two wins out of two each, while Maccarinelli, Lewis and Conteh come the closest to matching Joshua’s five KO or TKOs with three apiece.

Over the last 50 years there have been a total of 17 stadiums to host these fights, with the Principality Stadium proving the most popular venue, staging 21 bouts, and Wembley Stadium (14) and Cardiff Arms Park (7) following next in line. Other stadiums analysed included Anfield, Old Trafford, White Hart Lane, Goodison Park, Elland Road, Upton Park and Hampden Park.