Manny Pacquiao goes into Saturday’s fight against Yordenis Ugas looking for yet another world title win, and our research has revealed how a victory for the Filipino boxer would see him overtake George Foreman to be crowned boxing’s king of longevity.

Our study analysing boxers from 1950 onwards to have won at least one major world title (WBA/NBA, WBC, WBO, IBF) in one of boxing’s eight ‘glamour’ divisions – heavyweight, light heavyweight, middleweight, welterweight, lightweight, featherweight, bantamweight and flyweight – shows Pacquiao boasts the second longest spell from the start of his first world title reign to the end of his last behind Foreman.

Pacquiao won his first world title in 1998 when defeating Chatchai Sasakul for the WBC flyweight title, while he most recently held the WBA (Super) welterweight title until being stripped of the belt in January – a period of 22 years and one month. 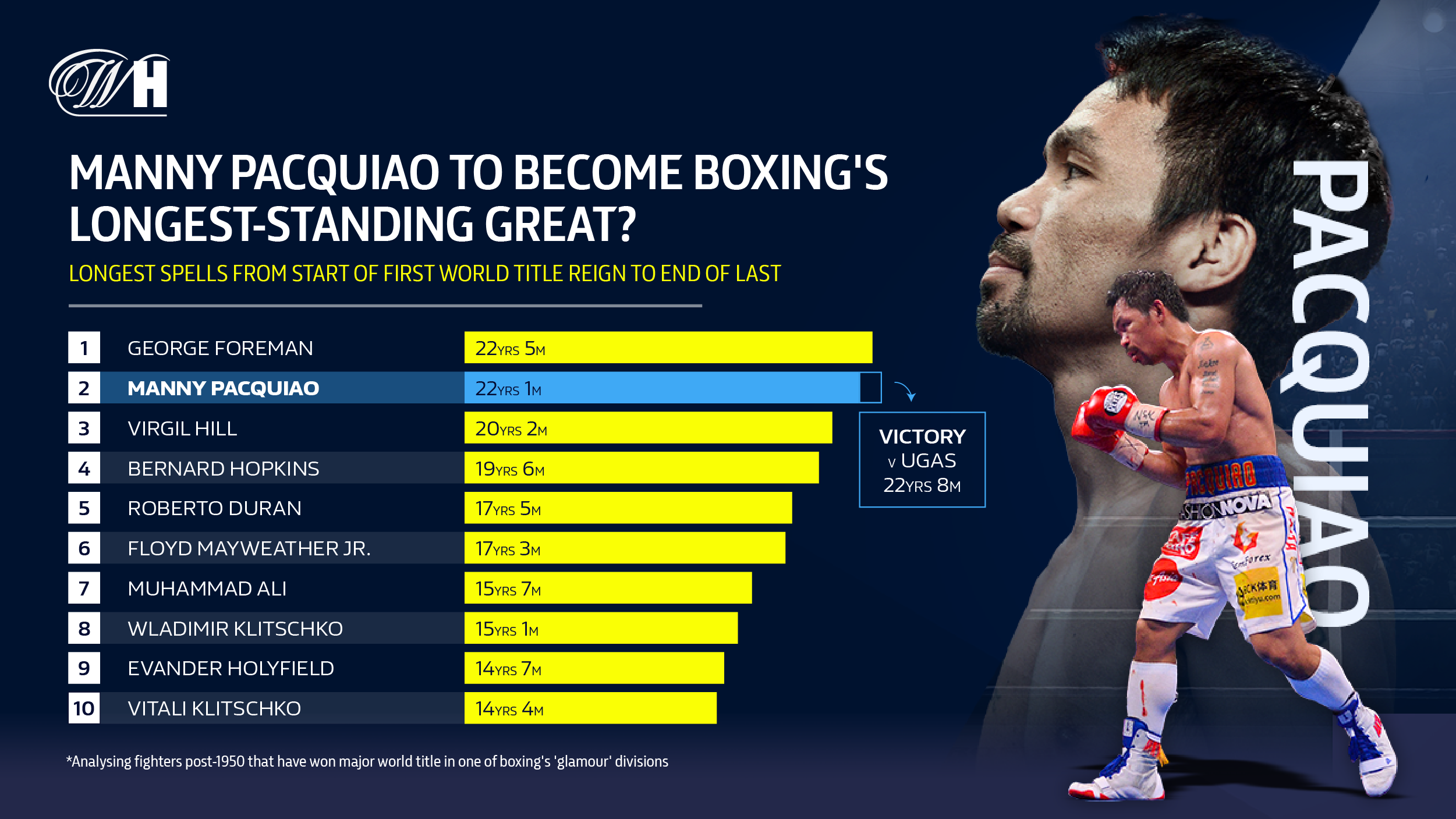 The 42-year-old faces Ugas this weekend in Las Vegas for his old WBA (Super) welterweight title and should he secure another victory, Pacquiao will have extended his period at the top to 22 years and eight months, which would eclipse Foreman’s current record of 22 years and five months. Foreman first became WBA and WBC world heavyweight champion in 1973, before finally losing the IBF world heavyweight title in 1995.

Sitting behind the top two in the list is former world light heavyweight champion Virgil Hill, who experienced a spell of 20 years and two months between winning his first world title in 1987 and losing his last in 2007.