5 things to watch for in the EFL – Matchday 1

The players are back in training, the friendlies are finished, new signings have been made and line-ups have been set: football is back.

The 2022/23 EFL season kicks off this weekend, with 72 teams dreaming of climbing up a level… or trying to avoid the dreaded drop. The only guarantee in the EFL is that nothing is guaranteed, with shocks and surprises at every turn.

Here’s five things to keep an eye on in matchday 1 of the EFL Championship, League One and Leagues Two.

1. Which of Burnley, Norwich and Watford will bounce back to the Premier League?

The three teams newly-relegated from the Premier League are all among the favourites to win the Championship in 2022/23, but things are rarely that simple. Last season, only one side – Fulham – bounced straight back after relegation. Sheffield United did at least make the play-offs, but West Brom fell away and barely made the top 10. Who out of Burnley, Norwich and Watford will shake off the rust of relegation and get their anticipated promotion charges off to a flyer?

Norwich are the favourites to win the league at 5/1, and travel to a Cardiff side against whom they’ve won three of their last four away league matches. The Canaries will hope to take advantage of Cardiff’s historically slow starts, with the Bluebirds winning just one of their last nine opening league matches. Norwich are 11/8 to start their season with three points.

Burnley have a new boss in former Man City skipper Vincent Kompany and face a tricky first game against Huddersfield, who were the beaten finalists in last season’s play-offs. However, each of the last two play-off final losers have started the next league campaign with a defeat. Burnley are 6/4 to make it three out of three with an away win.

Watford will look to end a miserable home hoodoo that has seen them go 13 league games without a win at Vicarage Road, 12 of which were defeats. Will a new season in the Championship see them register their first home win since October 2021? Their opponents, Sheffield United, have lost six of their last eight league openers – we have Watford to win with 2 or more goals in the match at 19/10. 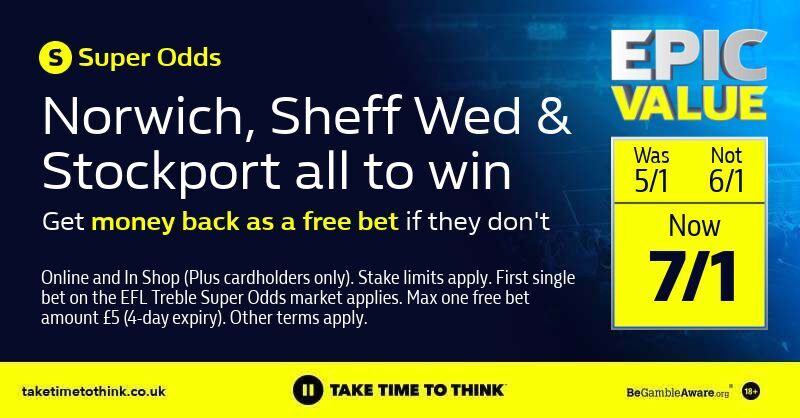 After four years in League One, Sunderland are back in the EFL Championship and with an air of excitement around the Stadium of Light. Under Alex Neil, the Black Cats were play-off winners last year and will hope that momentum rolls forward into the new season.

Sunderland’s reward for promotion is a home game against Coventry City, in front of what’s sure to be a raucous crowd. The Black Cats are unbeaten in their last 16 games, and are 8/5 to start strong with a win against the Sky Blues. Sunderland conceded just seven times in their last 15 games last season and are 21/10 to keep a clean sheet in this one.

One of the biggest matches of the EFL’s opening weekend takes place at the Riverside Stadium, as Chris Wilder’s Middlesbrough host Steve Bruce’s West Brom in a 17:30 Saturday kick-off. These two managers boast an incredible seven EFL promotions between them, and after some exciting summer recruitment, both sides are among the favourites to go up.

Wilder and Bruce were both appointed midway through last season, so expect both sides to be stronger now than when they took over. Bruce has won five of his last six league openers at this level, and West Brom are 9/4 to start with victory. Boro won this fixture 2-1 back in February and a repeat of that scoreline is 8/1. 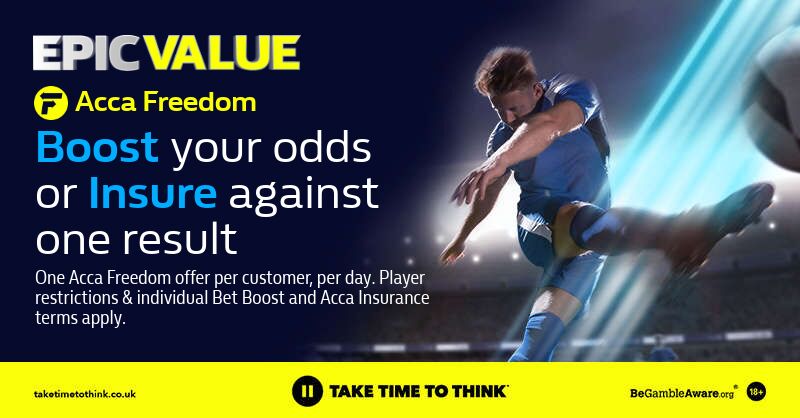 After their relegation from the EFL Championship, this will be Derby County’s first season in the third tier of English football since 1985/86. But after a season of frustration on and off the field, will the fresh start in League One signal a change in Derby’s fortunes?

With the popular Liam Rosenior replacing Wayne Rooney as interim boss, and a host of new faces at Pride Park, the mood around Derby is more upbeat than it’s been for some time. The Rams kick off their League One campaign at home against an Oxford United side who have won just one of their last eight opening league games, and Derby are 23/20 to make a winning start.

5. Stockport County back in the Football League

Stockport are back in the EFL after an 11-year absence, and their opening opponents – Barrow – represent a perfect way to start their season. Of any side they’ve faced at least 20 times in the Football League, County have their highest win rate against Barrow, having won 43 out of 76 meetings. Stockport to win with three or more total goals in the match is 7/5 – a draw is 3/1.

Throughout the 2022/23 season, check out all the latest odds and promotions at www.williamhill.com.