Harry Kane is the favourite to land the Golden Boot award at this summer’s Euros and our research has revealed he will join an elite trio of players to finish as top scorer at both the World Cup and European Championship should he manage the feat – the first to do so in 49 years – with Gerd Muller’s record also in his sights.

England captain Kane finished top scorer at the 2018 World Cup with six goals and if he can do the same at this year’s European Championship, he will etch his name into the history books alongside ex-Germany striker Muller, Soviet Union’s Valentin Ivanov and former Yugoslavia international Drazan Jerkovic. Kane would also become the first player since Muller to finish as top scorer in European Championship qualifying and at the finals.

Muller, top scorer at the 1970 World Cup and 1972 European Championship, sets the gold standard when it comes to Golden Boot performances, netting a total of 14 goals in just eight games across the two tournaments – a goals per game ratio of 1.75. The ex-Bayern Munich man scored two hat-tricks along the way, while securing a win rate of 88% as he helped Germany to the 1972 European Championship title. 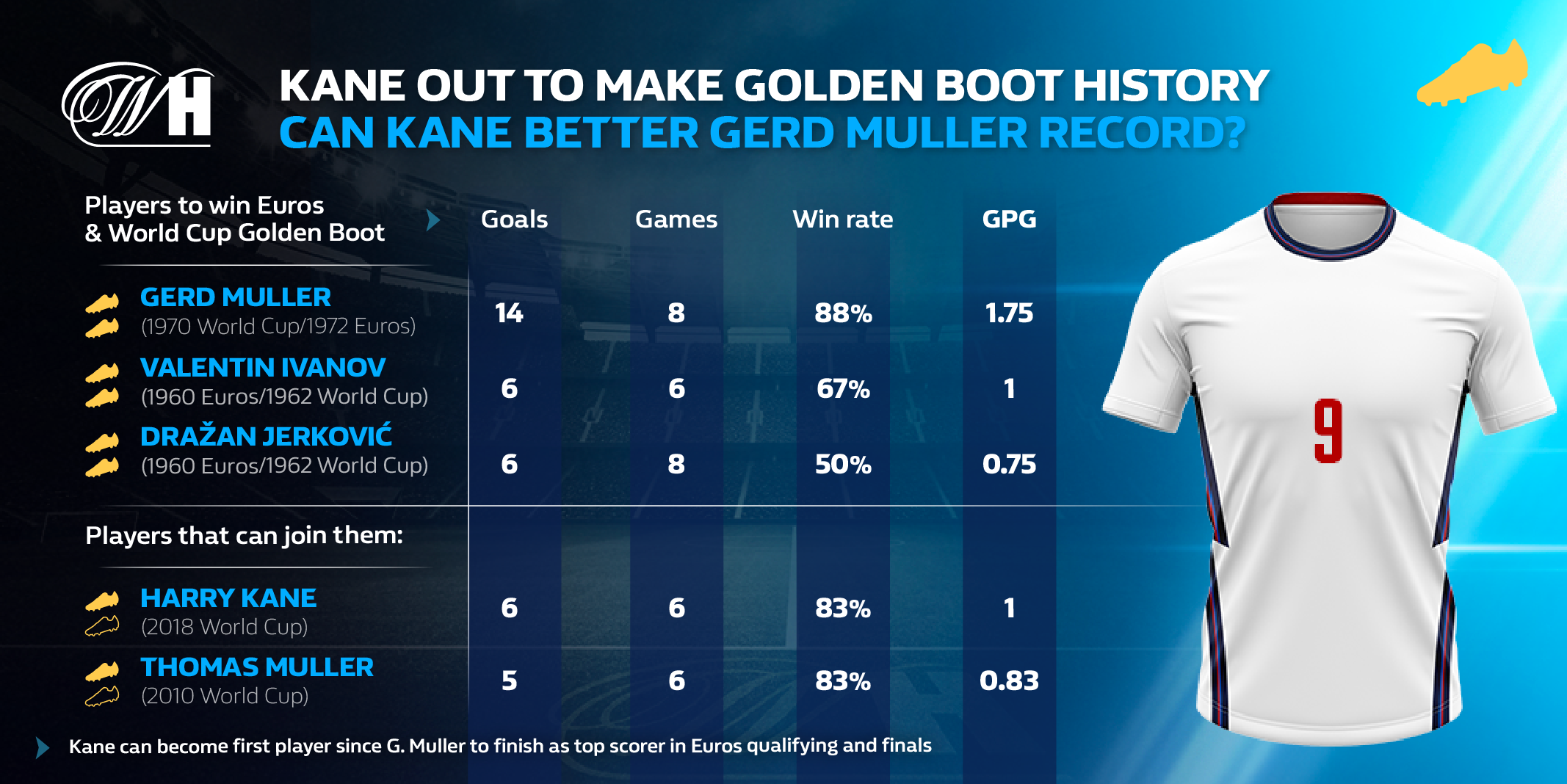 Kane’s six goals at the 2018 World Cup, including a hat-trick, came inside six games at a goals per game ratio of 1, achieving a win rate of 83%. While Kane would need a special performance this summer to match Muller’s Golden Boot record, at the age of just 27, time is on his side with at least one more major tournament still lying ahead.

The pair scored six goals each across the two competitions, with Ivanov (six games) managing the feat in two appearances less than Jerkovic (eight games) for a goals per game ratio of 1 to his rival’s 0.75. Ivanov, who helped Soviet Union win the 1960 European Championship, managed a 67% win rate to Jerkovic’s 50%.

Like Kane, Germany forward Thomas Muller also has the chance to make history this summer, having won the Golden Boot at the 2010 World Cup.