Manchester City may be heading into the Champions League final with Chelsea as favourites and as the new Premier League champions, but our research has revealed that as first-time finalists in the competition, history is firmly stacked against them.

City and Chelsea meet in the showpiece event in Porto on Saturday, with Pep Guardiola looking to secure a third trophy of the season for the club and their maiden Champions League title in their first final appearance.

However, our study, analysing every Champions League and European Cup final in history from 1956 onwards, has revealed that City are up against it based on past first-time finalist performances, with just 15 teams going on to win it at the first attempt across the 65 finals – a success rate of 23%.

There have been 41 first-time finalists in all over the years, with just 37% of them going on to lift the famous trophy. 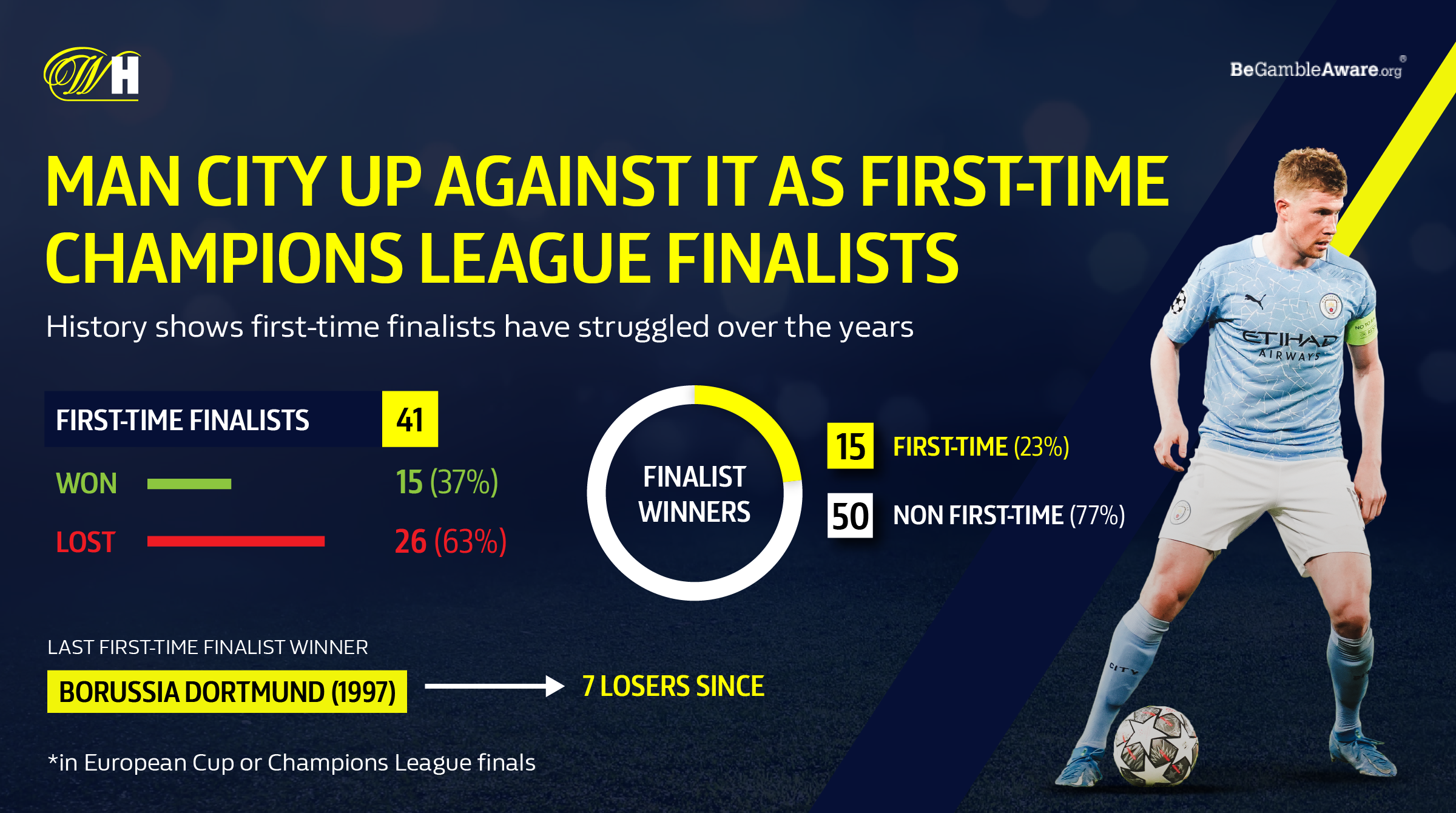 You must go back 24 years for the last successful first-time finalist, Borussia Dortmund in 1997, with seven teams having to settle for the runners-up spot since – Spurs, Arsenal, Chelsea, Valencia, Bayer Leverkusen, Monaco, and Paris Saint-Germain.

City’s final debut this weekend makes it three first-time finalists in a row following Spurs and PSG in 2019 and 2020 respectively – the first time since the 1991 and 1992 finals saw Red Star Belgrade, Marseille and Sampdoria all qualify for the first time.

While history is against Guardiola’s side, they can take some heart from the fact that of the eight English clubs to win the Champions League or European Cup, 50% of them won it in their first final – Manchester United, Liverpool, Nottingham Forest and Aston Villa – with Leeds joining Spurs, Arsenal and Chelsea as first-time finalist losers.