It’s a season of two halves but our research has revealed that the Premier League’s key positions in the table are nearly all but secured by Christmas.

The Premier League title, all of the top four positions and their resulting Champions League qualification spots, as well as two out of the three relegation places are on average already locked in by Christmas Day, according to our study.

We assessed where on average teams in each position of the Premier League table at Christmas go on to finish come the end of the campaign across the last 10 years, and there was little movement where it mattered.

That could mean good news for Liverpool fans and a second consecutive Premier League title for Jurgen Klopp’s men this season, with teams in first spot on average remaining top of the pile come the climax to the campaign.

Leicester, Manchester United and Everton supporters will be keeping their fingers crossed that history is on their side this year as they dream of Champions League football, with second, third and fourth place at Christmas all typically remaining in the top four come the end of the season. On average, second place drops one position, while third and fourth usually remain where they are.

At the other end of the table, it’s bad news for Sheffield United and West Brom. While 20th position typically goes on to climb two places between Christmas and the end of the season, 19th position on average tends to move up one spot, which is not enough to see either avoid relegation.

Fulham fans, however, may be cautiously optimistic to see that 18th position typically moves up by three places to beat the drop – the biggest rise in the table. Elsewhere, there is plenty of movement among midtable positions, while the Europa League qualification spot remains up for grabs. 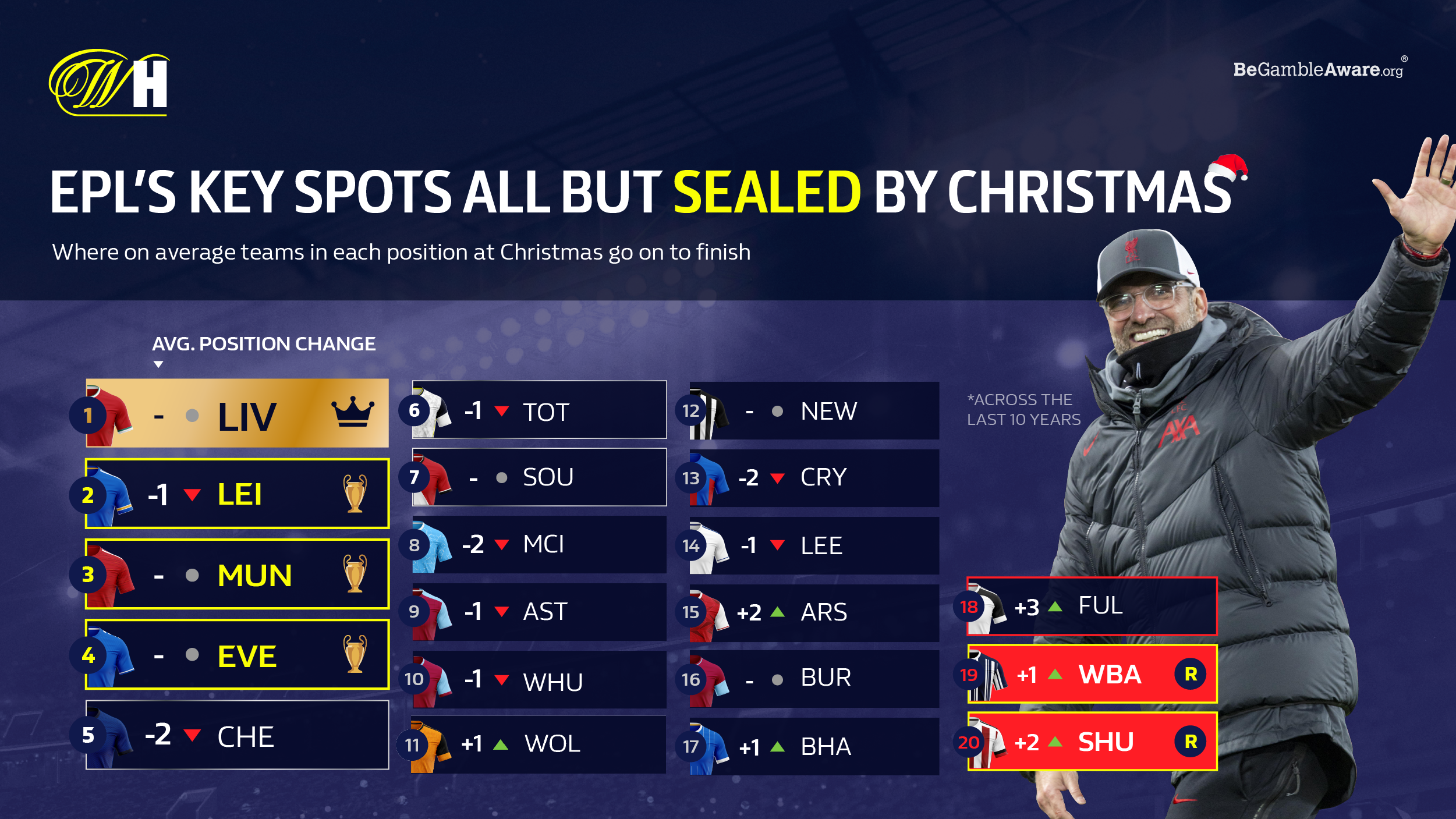