Premier League season on course for tightest ever title race

The Premier League has seen several title races go down to the wire over the years, but this could be the closest one yet, with our research revealing it’s been the tightest start after seven games in the division’s history.

Our study analysing every Premier League season from 1992/93 onwards has revealed that there has never been a tighter gap between the top six after seven games than the two-point difference currently seen between first and sixth this season, after a number of clubs strengthened with big-money signings over the summer. 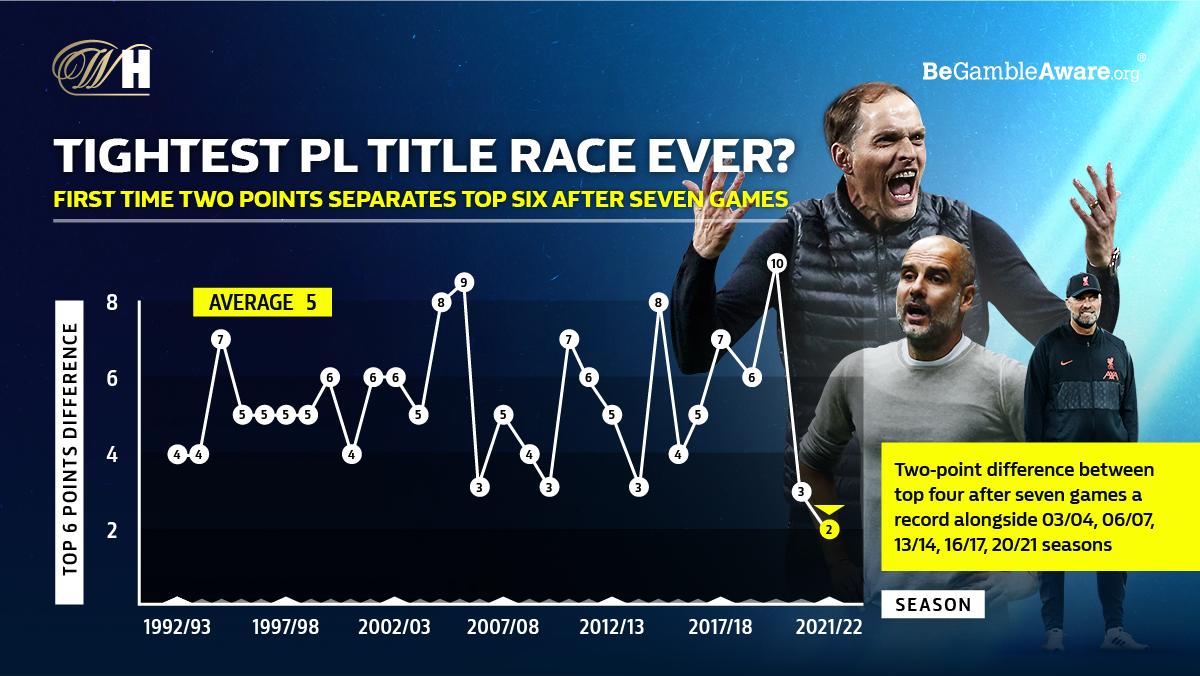 Meanwhile, the six-point gap between the top 10 this term has only ever been tighter twice before – four points in 2020/21 and five points in 1993/94, with the average over the years being eight points.