The incentives to enjoy your Cheltenham Festival betting at William Hill continue to fly in with five places at 1/5 of the odds on three races from the hallowed turf on St Patrick’s Day.

A trio of head-scratcher handicaps add spice to the day three card at Prestbury Park, but five places for each-way players on the Pertemps, the Brown Advisory and Merriebelle Stable Plate and the Kim Muir should make it easier for each-way bettors with William Hill.

Our Cheltenham betting tips have already dished out a duo of big-priced placers this week and we’re back with another three to keep on side on Festival Thursday.

Jessica Harrington’s no stranger to plotting up a Festival handicap winner, with Supersundae bagging the Coral Cup in 2017 and she’s double handed here.

Her Walk To Freedom is shorter in the Pertemps betting, but carries top weight here, while his Huntingdon scorer stablemate Not Many Left has 7lbs less to shift round Cheltenham, as well as being much less exposed.

A game winner on his first try over a trip in excess of 3m in his qualifier, there should be more to come over this trip. 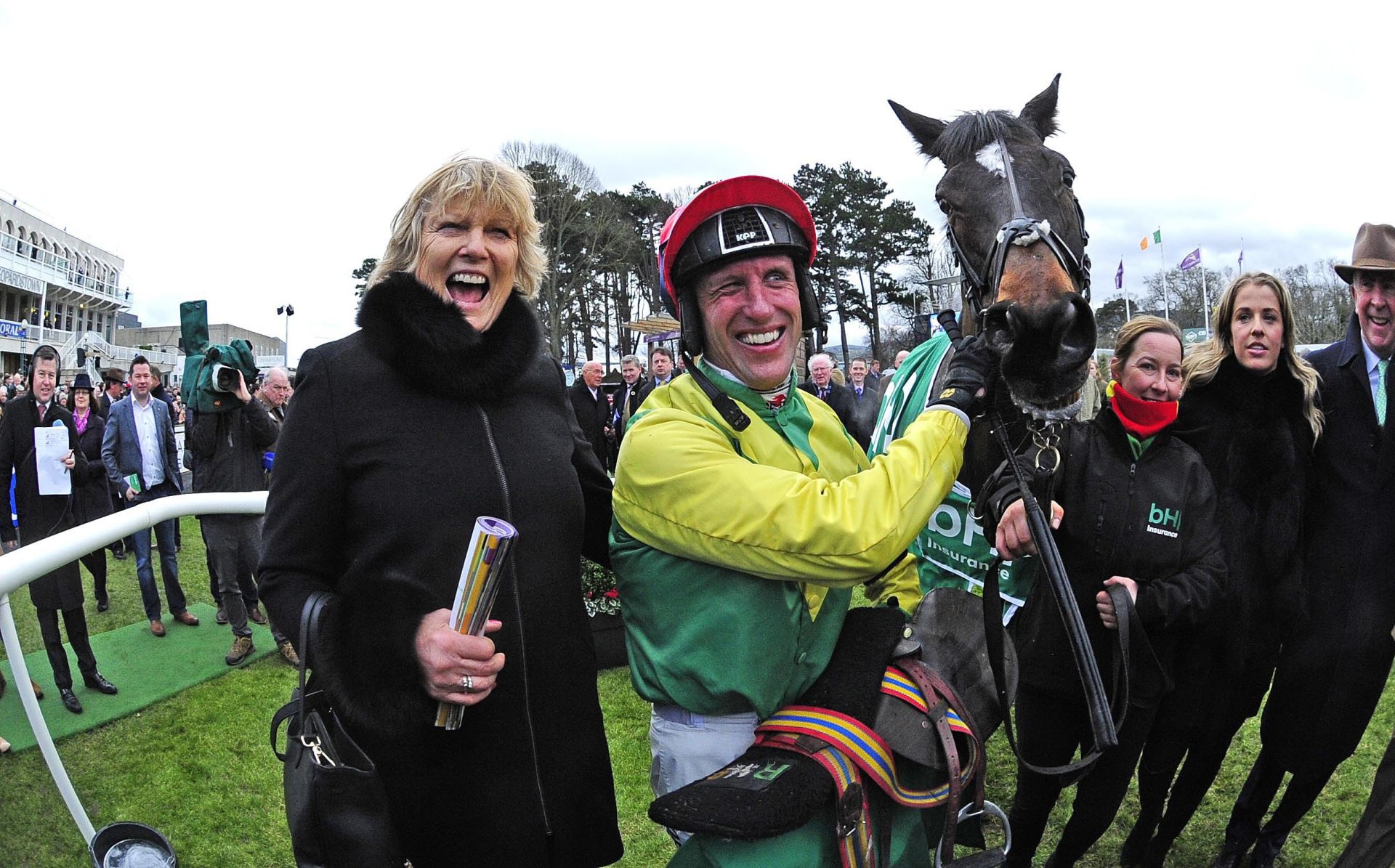 Harrington has speared a Festival Handicap before – courtesy of Supasundae

Alan King’s seven-year-old narrowly failed to get into the Tuesday Festival handicaps, for which he was fancied by many a wise owl, yet he’s still available to back at a decent price here.

He fell four out when travelling well in a strong handicap won by Kildisart on Trials Day at Cheltenham and has a couple of other placed handicap hurdle showings to his name at the track.

A winner of his last two completed chase runs, he’s unexposed, on the upgrade and worth a look in the Plate betting.

A horse that has swapped yards an intriguing amount of times during his career, the selection scored on his handicap chase debut for Henry Oliver in late February.

Oddly for such a low-key campaigner, crack amateur Derek O’Connor came to Ludlow for the ride on that occasion – a move which could be interpreted as a test of his Kim-Muir capabilities.

It was a performance that left his previous two chase efforts, under the tutelage of lesser known handler Christopher Kellet, well behind and hinted that there’s plenty more under the bonnet.