The Ballymore Novices’ Hurdle kicks off the second day of the 2019 Cheltenham Festival and in the past it’s been a race to follow those towards the head of the betting .

Of the last 14 winners, 12 have come from the top four in the market. Champ has been ante-post favourite for a while and still heads the Ballymore betting at 11/4, but he has a major age trend to overcome.

Champ is the sole seven-year-old in the Ballymore field, but horses aged that age or older have failed to win since 1988 from 54 entrants.

If you needed another reason to put on something at larger odds, we’re the only bookmaker offering five places each-way. Some other bookies are paying only three places.

Here are three runners among the outsiders in the Ballymore betting that seem more than capable of finishing in the first five (two of our big-price picks hit the frame in yesterday’s Supreme Novices’ Hurdle).

The trainer and jockey pairing of Gordon Elliott and Davy Russell is often a successful one at the Cheltenham Festival and they team up in the Ballymore with a horse unbeaten in three starts over hurdles.

Although contested over five furlongs longer than the Supreme Novices’ Hurdle on the opening day of the Festival, the Ballymore often goes to speedier types.

In the Supreme, the runners tend to go flat out from the tape. The Ballymore is run at a much more sensible pace, giving those entrants possessing a turn of foot chance to use their speed if they’re good enough.

Galvin has only been seen over 2m to date, but is expected to have the stamina to see out the additional distance. He’s significantly up in class here, but deserves the chance to show if he’s good enough.

See all of the Cheltenham day two betting markets

Dunvegan was last seen finishing down the field in a Grade 1 at Leopardstown last month, but this performance is perhaps worth ignoring on account of the horse being found to be clinically abnormal afterwards.

The fact that he was sent off at 7/1 for that top-level contest over 2m6f suggests that he’s worthy of another crack in this level of company.

Whether Dunvegan is fully over his Leopardstown issues remains to be seen, but what is guaranteed is that he would be at least half of his current price if he would have run more credibly last month. 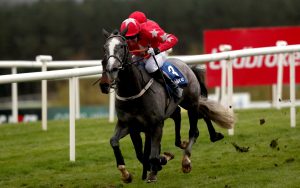 A trio of third-placed finishes may not be the most eye-catching from Tom George’s inmate, but these have all arrived in Group-level outings.

He was third at Cheltenham in November behind Elixir De Nutz and Supreme third Itchy Feet, finishing only three lengths behind the latter when in receipt of 5lb.

Seddon then got within eight lengths of Angels Breath of level weights in another Supreme trial at Ascot.

A repeat of those runs here would give him an outside squeak at worst of finishing in the first five in the Ballymore.