Keeping an eye out for up-and-coming conditional jockeys is one of the many ways to eke out a small advantage when it comes to horse racing betting and Rex Dingle has started 2019 like a man in a hurry to ride out his claim.

The young 5lb claimer has kicked off the year with seven winners from his first 14 rides, including doubles at Lingfield and Catterick, with his latest victory coming aboard Robert Walford’s Bact To Black at the latter track this afternoon.

Red-hot Rex is back in the saddle tomorrow for a ride aboard Our Dot’s Baby in the 3:20 at Newbury. 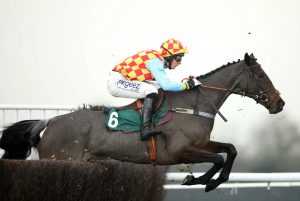 Will Dingle’s winning streak continue in this afternoon’s races?

At the time of writing, Dingle, who is based with trainer Anthony Honeyball in Mosterton in Dorset, is currently riding high in fourth place in the Stobart Conditional Jockeys’ Championship.

While he’s not quite keeping pace with better-known leading pair James Bowen (38 winners) and Bryony Frost (33), he has amassed a respectable 21 scores from 103 rides in 2018/19.

That equates to an excellent 20 per cent strike rate that only star conditional Bowen, who landed the Welsh Grand National and the Lanzarote Hurdle in a breakthrough 2017/18, can equal among the top 10 conditionals for the coming campaign.

Allies in the training ranks

While Honeyball has been the chief supplier of Dingle winners this term, legging up the claimer for seven from 26 rides at a strike rate of 27 per cent, the young rider’s also struck up some rewarding relationships with several outside operations.

Those include Jeremy Scott, for whom he’s banged in four scorers from a mere 13 rides, while he’s also helmed multiple scorers for Johnny Farrelly, Nick Gifford, Anna Newton-Smith and Christian Williams, as well as landing the London National aboard Morney Wing for Charlie Mann.

At present Dingle appears to be at his most effective aboard chasers, which is perhaps unsurprising given his point-to-point background.