Positives of Politologue hard to avoid in King George betting

Many of the King George betting tip principles are surrounded by sizeable question marks, but not Paul Nicholls’ Politologue, who remains an each-way bet to nothing despite having been well backed in the weeks leading up to Kempton’s Boxing Day main event.

The galloping grey is currently third-favourite at odds of 5/1, from 8/1, and looks to have more in his favour than pretty much any of the 10 rivals that stood their ground at the latest declaration stage, which is no mean feat in a field including the last two winners of the race. 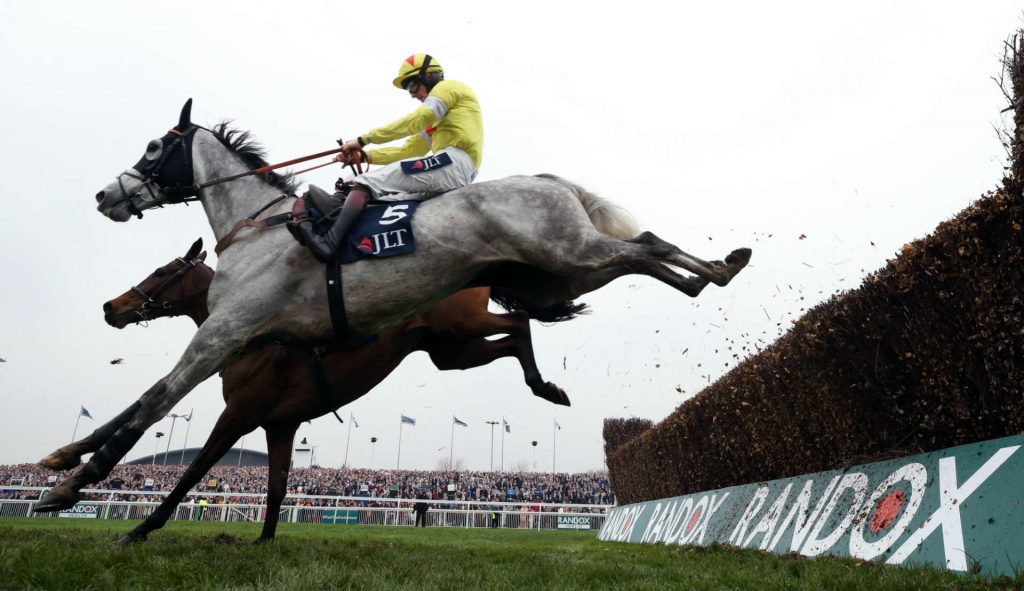 The doubts surrounding the other King George betting principles

Might Bite, an ante-post favourite since winning the 2017 edition and current market leader, is arguably the easiest to form misgivings about after the damp squib that was his seasonal return in the Betfair Chase at Haydock.

With little in the way of concrete excuses coming forward from Nicky Henderson in the aftermath, the 5/2 on offer is easy to turn down.

Ruth Jefferson’s Grade 1 winner Waiting Patiently is unbeaten over fences and could have any amount of improvement up his sleeve, but hasn’t been seen on a racecourse since February.

His top-flight win came in a slightly sub-par contest with an on-the-wane Cue Card the chief scalp. Winning a chase of the magnitude of the King George without a tune-up run is a big, big ask.

After 6/1-shot Bristol De Mai’s latest brilliant Haydock success, there has been a ground-swell of opinion that maybe he’s just matured and isn’t exclusively brilliant at the Lancashire course. However, having flunked last year’s King George, the jury remains out on that particular observation.

Native River (7/1) and Thistlecrack (6/1) finished second and third to the Nigel Twiston-Davies’ grey in the Betfair Chase.

However, the strong-staying former has yet to prove he has the speed to win over 3m dead on ground with good in the description, while promising as the latter’s run was, he never looked like winning and taking a King George after two lengthy injury absences would be a massive feat.

The positives for Politologue in the King George betting tips

With the drawbacks of the other market principles dealt with, let’s get into the good stuff surrounding our King George betting tip, Politologue.

Representing the winning-most trainer in the history of a race first contested in 1937, the seven-year-old is unbeaten in two runs at Kempton Park, with those victories coming by an aggregate of 23 lengths.

His victory at the expense of a race-fit Charbel on season debut, in which he gave that rival 6lbs, has been franked since, with Kim Bailey’s chaser scoring comfortably in the Grade 2 Peterborough Chase on his next appearance.

Politologue is also unbeaten in four races on the prevailing good-to-soft going and even the one-potential stick you can hit him with is just as much of a positive in his favour, namely the fact that he’s never been tried over 3m.

It’s widely accepted that if you’ve any chance of staying 3m anywhere, that Kempton’s the track where it’s easiest to do so and there’s every chance the son of Poliglote could improve for an extra couple of furlongs, having scored in three of his four runs over 2m5f.