Next Tory Party Leader final 10 analysis: Who will claim the crown when Boris drops the ball?

Entrusting the choice of next Prime Minister to 312 Conservative MPs, followed by 100,000 or so Tory party members, seems somewhat appropriate in the barmy current political climate.

The first ballot of Conservative MPs is scheduled to take place on 13th June, with debates to be televised by Channel 4 on 16th June and the BBC on 18th June.

Subsequent votes will be held on 18th, 19th and 20th June, by which time the field will have been whittled down to two.

A ballot of the membership will take place over the following month, with the winner announced in the week beginning 22nd July.

Three weeks on from Theresa May officially setting the ball rolling by announcing her resignation, 10 candidates have made it onto the ballot for the first vote: 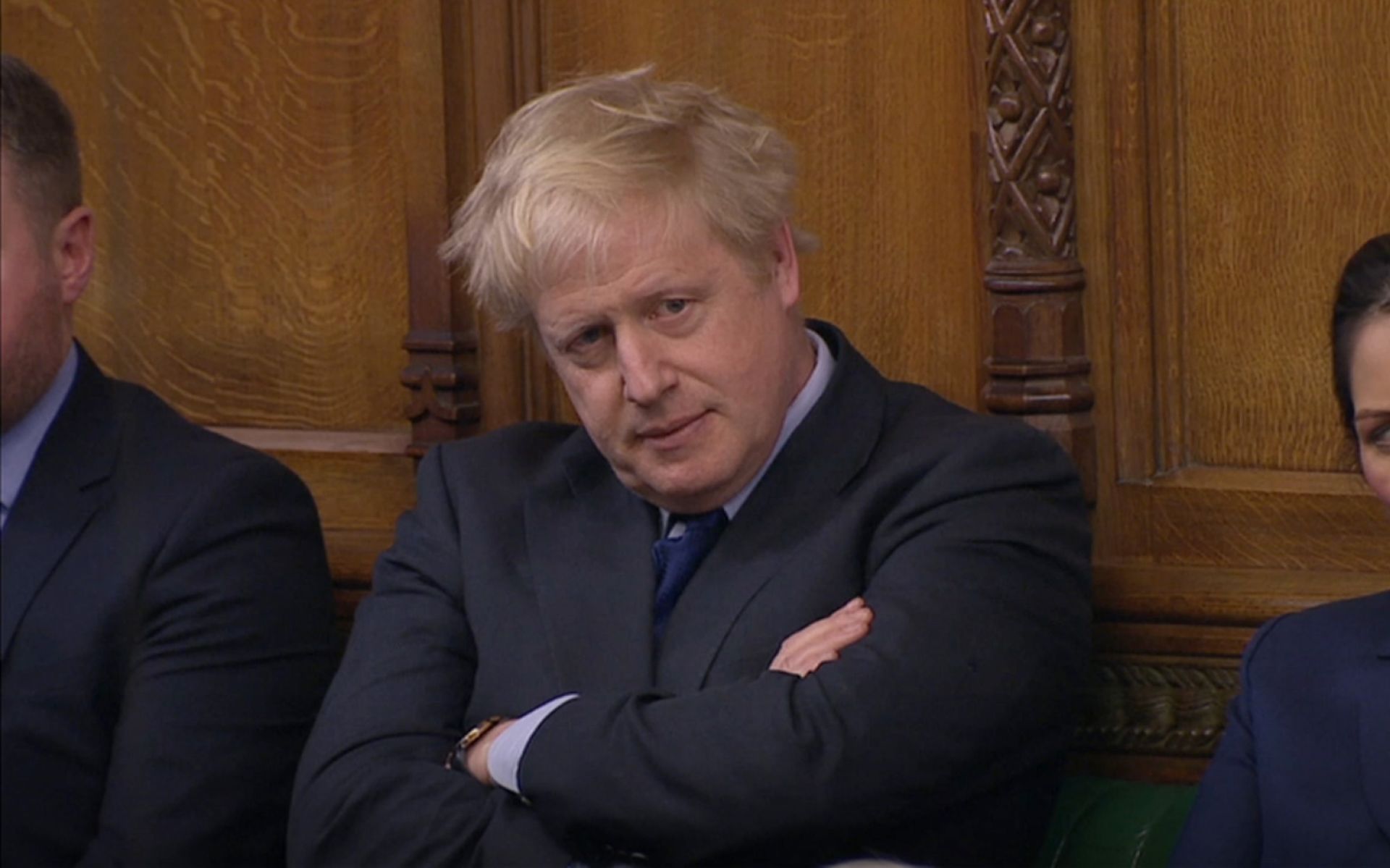 Will the curse of the ante-post jolly do for the right honourable member for Uxbridge and South Ruislip?

It seems the moment has come, and all Alexander Boris de Pfeffel Johnson has to do is step forward and fulfil his destiny, but recent events serve as a reminder of the pitfalls that lie ahead.

Johnson’s jaw-dropping pledge to raise the level at which the 40 per cent income tax rate kicks in from £50,000 to £80,000 sent Tory MPs into a panic not seen since the summer of 2016, when Michael Gove dramatically left his colleague’s leadership campaign to run against him.

Back then, as supporters peeled away to Gove, Johnson – who was vying for favouritism with Theresa May prior to his former friend’s departure – pulled out of the race and slinked off to fight another day.

He will be much harder to nobble this time, and the tightened timetable is also in his favour, but every other candidate will be aiming to wound Johnson, with some looking to knock him out directly.

The temperature of the Tory membership hasn’t been taken in a vote since David Cameron’s victory in 2005, although all polling points to a Johnson triumph, should he get that far.

Conservative blogger Guido Fawkes’ ‘Who’s backing who?’ list has 72 MPs declared for Johnson, more than twice as many as Gove in second place, but that’s less than a quarter of the parliamentary party, so he shouldn’t be quaffing champagne just yet.

No ante-post favourite has won a contested Tory party leadership since the process was widened from a few party elders to the entire parliamentary party in the mid-1960s, with Michael Howard claiming an uncontested victory in 2003.

All that being said, Boris looks very likely to be the next Prime Minister. 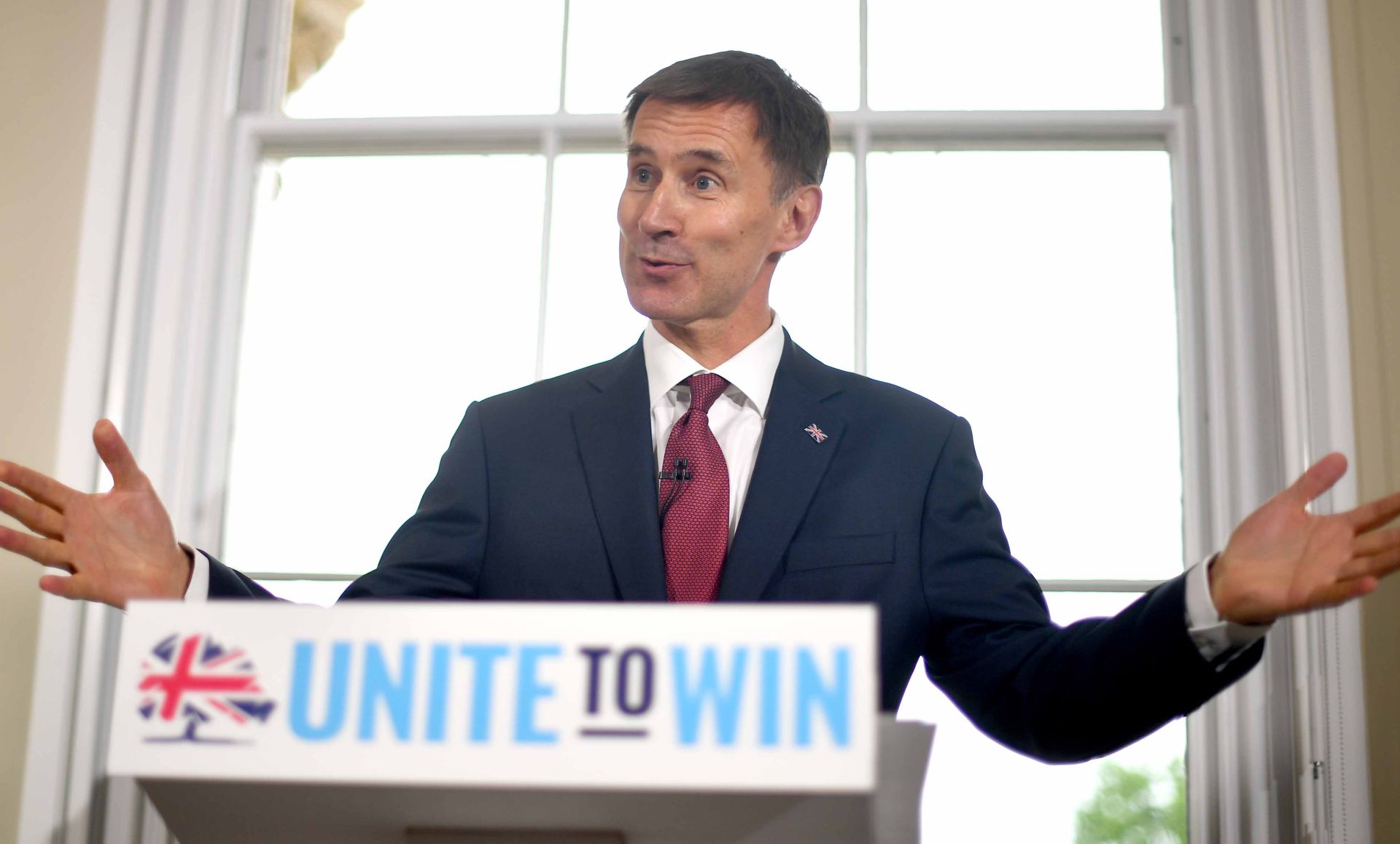 Jeremy – firmly in the Hunt

Having pitched himself as a compromise candidate over the past year of this long and drawn-out process, Hunt may be peaking at just the right time.

The Foreign Secretary voted Remain in the EU referendum and is inextricably linked with the moderate Cameron Government, but Hunt has broadened his appeal within the Conservative party by backing Brexit to the hilt under May.

Stating his personal view that the legal time limit for an abortion should be cut from 24 to 12 weeks was taking it a step too far, but Hunt still managed to attract some eye-catching backers as nominations closed.

Bagging Amber Rudd, Penny Mordaunt and Liam Fox – the latter pair staunch Leavers – was an undoubted boost going into the short campaign, and Hunt has a wealth of experience after continuingly serving in Cabinet since 2010.

Whether Hunt will appeal to the country as a whole at a General Election must be in question given his difficult tenure as Secretary of State for Health, although electability doesn’t seem to be the Tories’ priority at the moment.

It would be a remarkable turnaround, but the conditions may actually be in place for a Jeremy Hunt premiership.

‘The first step is to create a new offer to the EU, the second step is to give certainty to businesses and the third, to negotiate directly with the key heads of the EU’

It’s very difficult to see a route through to the membership for Leadsom, who made it to the last two with Theresa May in 2016, but pulled out before the final vote after a silly comment in The Sunday Times.

She appears to have little support amongst her colleagues, with most of the big hitters who backed the Vote Leave campaigner three years ago now spoilt for choice given the field is dominated by Brexiteers.

Next Tory Party Leader betting tips: At 3/1, Leadsom looks a better pick  in the betting to finish last in the first round of voting than 8/1 to be the next PM. 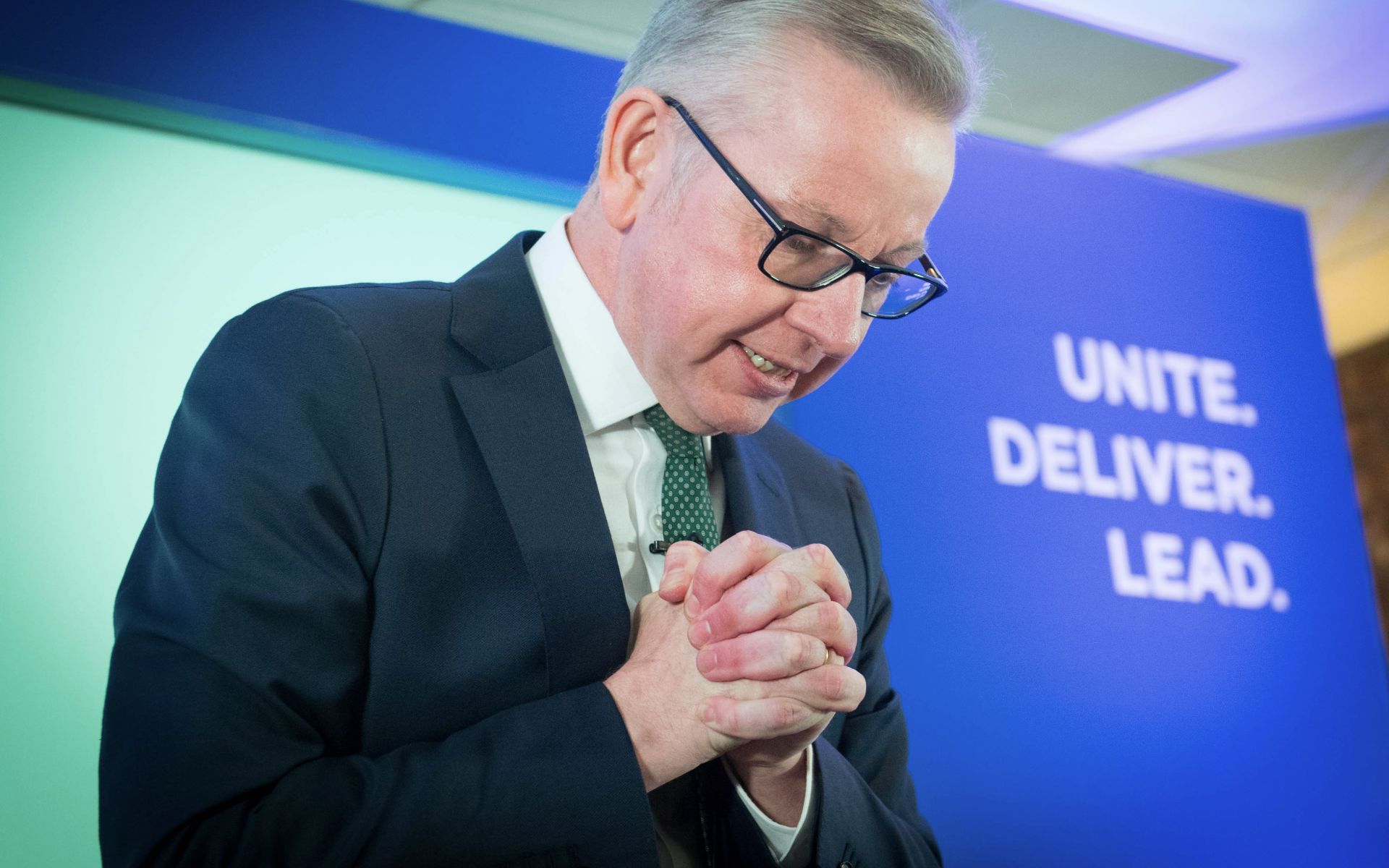 Three years of clawing his way back to the summit appears to have come to nought for Gove, whose past has returned to haunt him in a rather surprising way.

Cast out of government by May despite his efforts in helping Leave win the EU referendum, Gove returned to the Cabinet within a year after showing loyalty from the backbenches and the BBC couches.

The Environment Secretary stayed loyal during May’s failed efforts to force through her EU withdrawal agreement, and Gove has stated that he will not countenance a ‘No Deal Brexit’, which may have hastened his demise before the recent revelations of historic cocaine use.

Gove could bounce back – he polled better in the first round than many predicted three years ago, and is probably the best orator of all the contenders.

Next Tory Party Leader betting tips: The Johnson-Gove combo in the final two betting – which is the race this contest deserves, frankly – can be backed at 5/1.

To be sure of getting through & giving members a choice of a different kind of politics I will need more votes from MPs.

So, if you agree, please write again to your MP asking if they wd send me through with their secret ballot vote tomorrow. Thank you. https://t.co/vpQouBmKQV pic.twitter.com/RparBuDGB9

The story of the campaign so far after spreading his message pseudo-authentically across social media, using a not-so-wobbly camera, Stewart has ruffled feathers by coming across as a genuinely nice bloke, and bringing up Tory taboo subjects such as social care funding.

However, Stewart appears to be running in the wrong race and would surely be far more at home with the Liberal Democrats, who also have a leadership vacancy.

There have been suggestions (by Tory MP Nadine Dorries) that Stewart is a ‘kamikazee’ candidate intent on damaging hard Brexiteers to let a moderate come up through the middle.

That doesn’t sound so implausible. 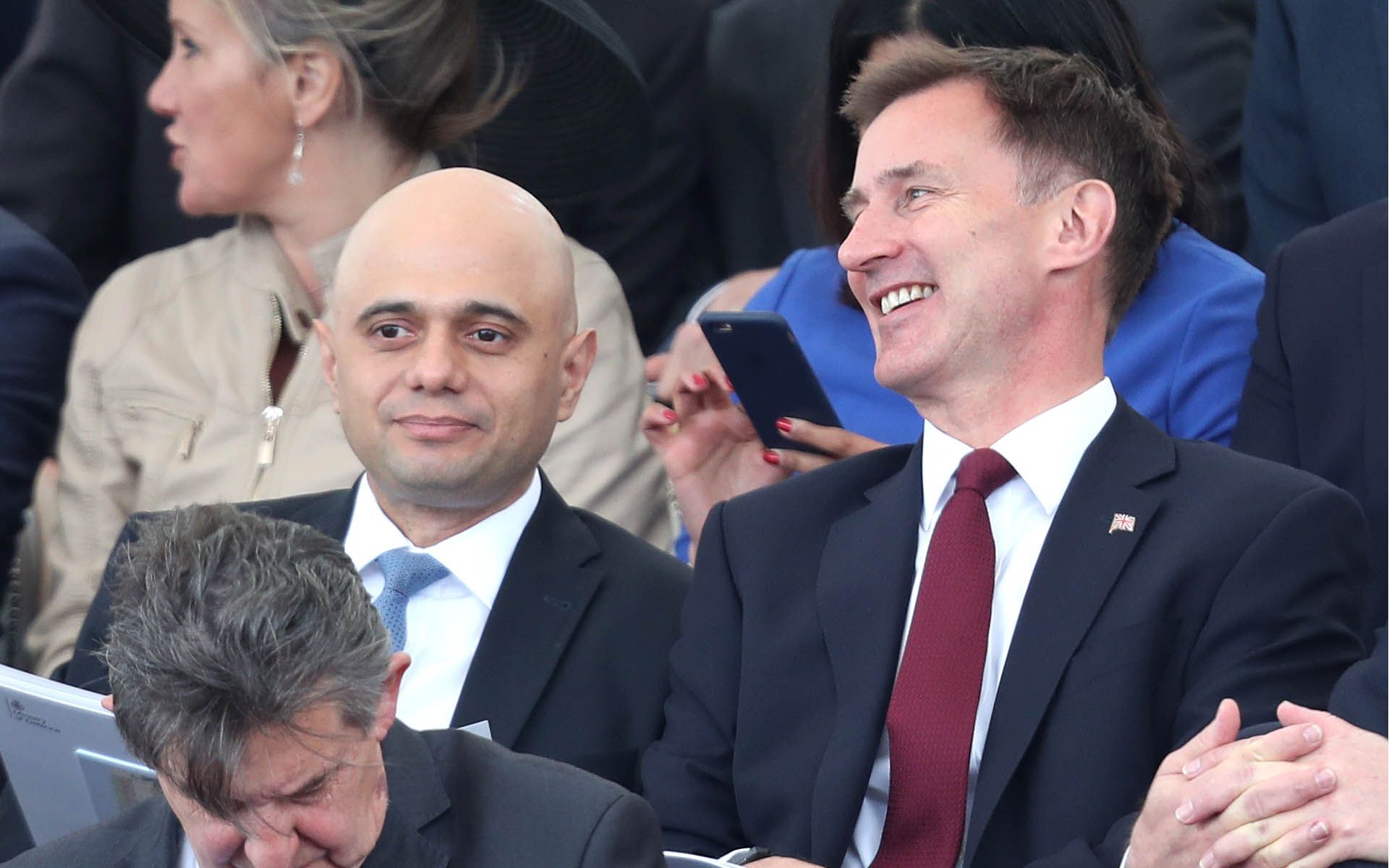 After emerging as a force during the Coalition years, when a key acolyte of former Chancellor George Osborne, Javid would have hoped for better circumstances ahead of his first crack at the top job.

Like Theresa May, Javid campaigned for Remain at the EU referendum despite being a well-known Eurosceptic, and while the trick worked for the outgoing PM, the Home Secretary hasn’t progressed as he might have liked in the three years since.

Javid’s launch was good and his social media strategy seems slick, with the best video of the campaign so far, but the people he has to convince may no longer be listening.

I'm not going to play the game of ruling things out, because I want the clearest signal to the EU. It's the only way to ensure that we deliver Brexit by the end of October. pic.twitter.com/xknXDybAA9

When May announced that she would be stepping down as Tory party leader, Raab was immediately installed as one of the main challengers to Johnson’s market supremacy, with the backing of influential Brexiteers such David Davis and Nadim Zahawi.

It’s hard to pinpoint what has gone wrong for the former Brexit Secretary since, although Raab’s slow-then-rapid drift in the betting has run parallel to a series of old quotes bashing feminists, alongside new slights towards the LGBT+ community.

Raab was also the first contender to voice Jacob Rees-Mogg’s recent idea to suspend or ‘prorogue’ parliament, leaving ‘No Deal’ to pass by default, an outcome that was widely criticised by some MPs in the race.

None of that should really matter when pitching yourself as the right-wing choice in a Tory leadership campaign, and a strong debate showing – which he’s capable of – could yet see Raab pick up the pieces if Boris implodes. 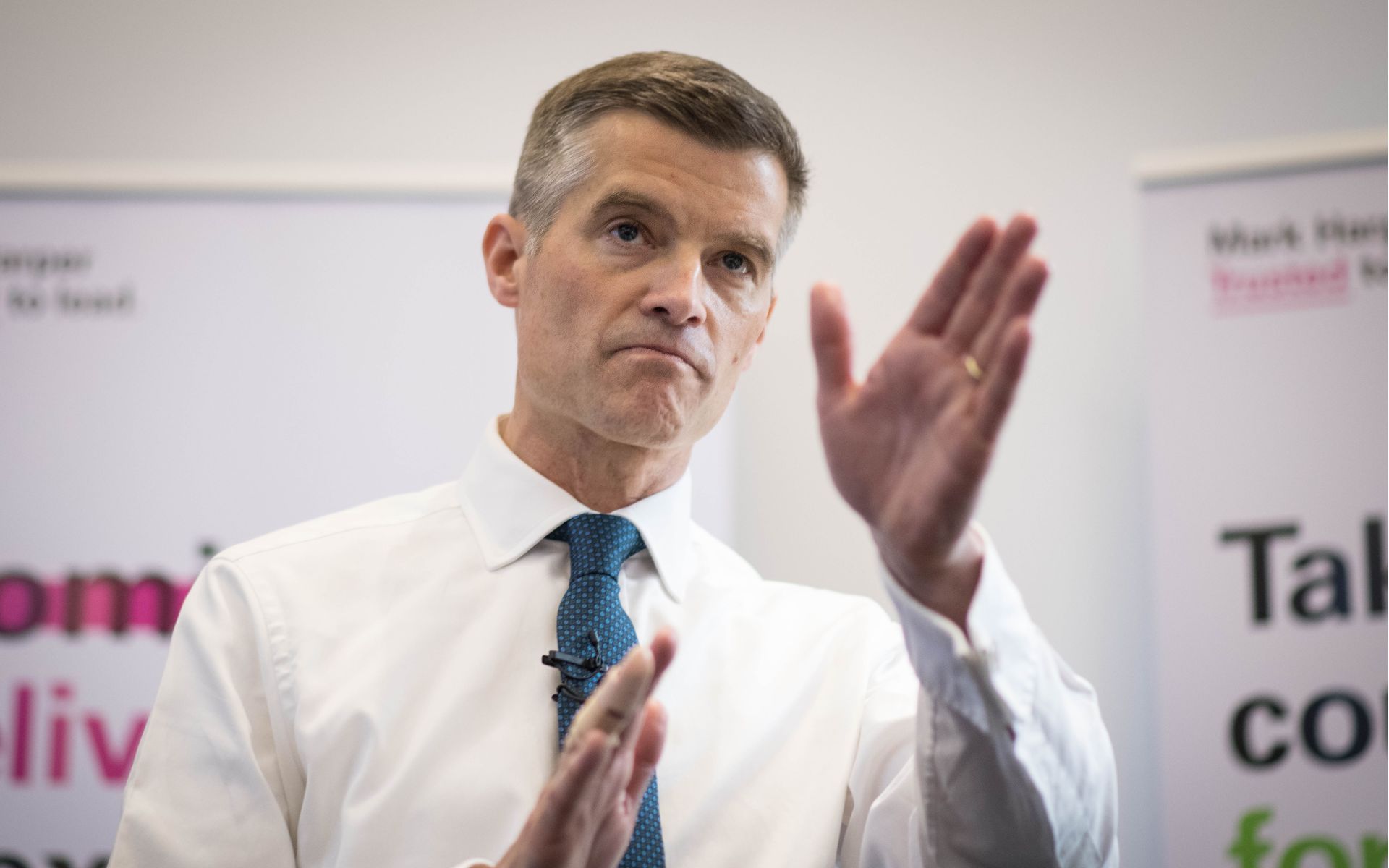 You know you’re paying too much attention to politics when you’ve heard of Mark Harper.

I’m supporting @MattHancock – the right man that the Party and the country needs. https://t.co/EN9Lni8Z1x

He came up in a similar way to Javid, holding five different ministerial positions under Cameron before becoming Secretary of State for Culture and then Health in May’s Government, following a similar route to power as Jeremy Hunt.

The problem? He’s a Remainer whose heart clearly isn’t in leaving the EU.

The video features some of the fine folks of #Mansfield too ???

McVey is running what can best be described as the ‘Mansfield Man’ strategy, with her nomination seconded by Mansfield MP Ben Bradley, and her first campaign video set in poor old Mansfield.

There had never been a Conservative MP in Mansfield prior to Bradley’s 2017 election, and the area is a happy hunting ground for Leave votes, but it’s probably not a place particularly familiar to the 300 or so people McVey needs to win over.

She appears to have no influential backers and recently managed to incur the wrath of Lorraine Kelly. Esther McVey will not be the next Prime Minister.

Bet on all the latest politics odds at William Hill