Politics betting: Theresa May odds-on to win the vote of confidence

British Prime Minister Theresa May has been priced up at just 3/10 to win the vote of confidence after one was triggered by 48 Conservative MPs writing to the 1922 Committee to demand it take place.

The numerical threshold has been crossed in the wake of May pulling out of the Brexit vote parliament had been due to hold on Tuesday, yet the MP for Maidenhead can still be backed at sizeable odds of 12/5 to lose tonight’s ballot and trigger a Tory leadership election.

How come May remains odds-on to win no-confidence betting?

A change of leadership in the Conservative party now would put our country’s future at risk and create uncertainty when we can least afford it.

This was the key passage from a statement made by Mrs May at 09:00 and it’s one which has garnered agreement from the likes of home secretary Sajid Javid, who tweeted the following.

Sajid Javid remains in support with May

Javid is one of 100 MPs who have tweeted in support of the beleaguered PM, while as of 10:38 the Guardian had counted four who had registered their intent to go with the ‘nos to the left’.

Technically, that should go a fair way towards ensuring the PM remains in office, with a total of 315 Tory members of parliament able to vote and a majority of 158 needed to win.

It remains possible that even if she is victorious in the confidence contest, her position could be irreparably weakened should more than 100 of her own MPs vote against her.

However, May could well decide to continue even in the event of such a damaging result, with Brexit negotiations at such a delicate stage. 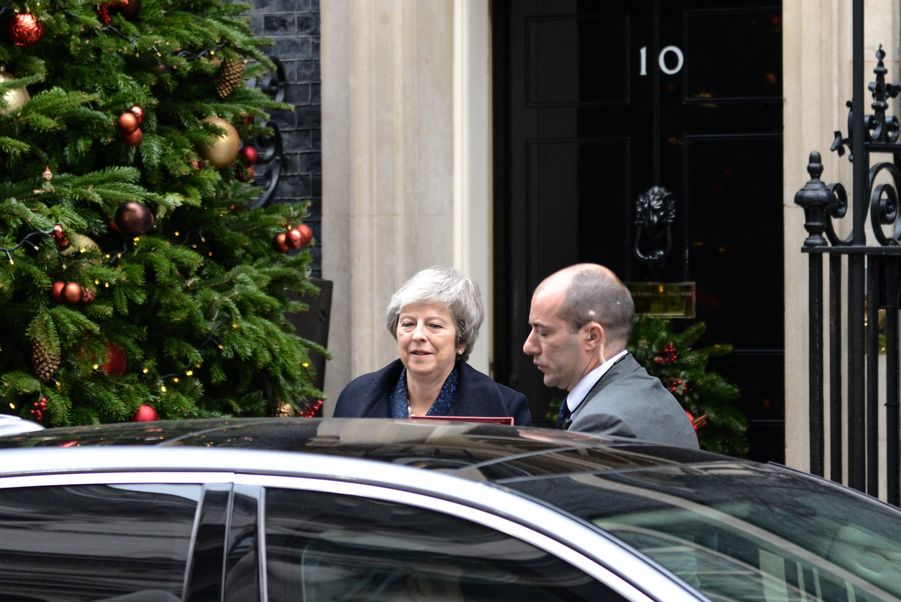 Christmas may be just around the corner, but there is nothing festive about this Vote of Confidence for Theresa May.

Who are the next permanent Conservative Party leader betting frontrunners?

At the time of writing, Boris Johnson remains 4/1 market leader and the former foreign secretary was the clear favourite among the general public in a BMG Research/HuffPost poll on the 28th/29th September this year, with 20% of respondents favouring the Uxbridge and South Ruislip incumbent.

However, at double-figure odds, the two most popular choices from a July 2018 survey of actual Conservative Party members (they who will vote for the next leader) make plenty of appeal, as betting propositions at least.

In the YouGov free-choice poll, 14/1 shot Jacob Rees-Mogg carded 29% of nominations, while the leader of the Scottish party Ruth Davidson (currently trading at a massive 50/1) was next best (20%).

Click here to create a William Hill account; we’re offering new customers £30 in free bets when you bet £10 on the political action.