Irish eyes were smiling on St Patrick’s Thursday at the Cheltenham Event last year with five of the seven races going to Irish-trained runners. But will we see a repeat this time around?

It all gets underway at 1:20 with the Marsh Novices’ Chase, where the magnificent Envoi Allen looks to maintain his unbeaten record – he won the Ballymore Novices’ Hurdle last year.

There are two big races on the day, meaning the action comes thick and fast. The Ryanair Chase is at 2:30 and is followed by the Stayers’ Hurdle at 3:05. But who’ll make their mark?

The other races on the day three include the:

Three of the last five renewals of the Ryanair Chase have gone the way of Willie Mullins. And last year saw Cheltenham bridesmaid Min land the spoils after several attempts to win at the Event.

In 2016, he chased home Altior in the Supreme Novices’ Hurdle, then in 2018, he was behind the same rival in the Champion Chase, before finishing fifth in 2019. He finally got his moment in the sun, digging deep to fend off Saint Calvados to win by a neck 12 months ago. Can he defend his title?

Stablemate Allaho is at the fore in the betting. Last year’s RSA Novices’ Chase third was fourth in the Savills Chase over Christmas, then claimed a Grade 2 at Thurles beating Elimay – favourite for the Mares’ Chase.

Imperial Aura was a winner on the opening day last year. And Kim Bailey’s son of Kalanisi has started this season nicely with two wins, including in the 1965 Chase at Ascot. However, things didn’t go to plan in the Silviniaco Conti Chase, unseating jockey David Bass at the second fence.

It’s a competitive market for this year’s renewal. Who are you backing? Get the latest Ryanair Chase odds

The second feature race has been won by Baracouda, Inglis Drever and Big Buck’s. But who will follow in their footsteps?

William Hill ambassador Rebecca Curtis watched on as her charge Lisnagar Oscar caused an upset at 50/1 last year. He got the better of Ronald Pump and Bacardys, who could all take their chance once more.

But this sees one of this season’s biggest rivalries take centre stage. It’s 2019 winner Paisley Park up against the improving Thyme Hill.

So far, the scorecard is one each. Philip Hobbs’ Thyme Hill took the Grade 2 Long Distance Hurdle before Paisley Park exacted his revenge with a strong finishing effort to land the Long Walk Hurdle at Ascot.

The market suggests it’ll be those two fighting out the finish up the Cheltenham hill, but after what we saw last year, could there be another big-priced winner? 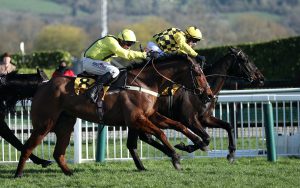 Get the latest Stayer’s Hurdle odds

Rebecca Curtis and Harry Whittington were on the scoreboard for the UK trainers, with Curtis seeing her runner land the Stayers’ Hurdle.

Here’s who won on this day last year. 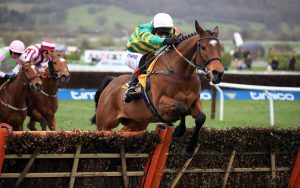