After announcing the Longlist back in September, the time has come to announce the select few titles that have been shortlisted for this year’s William Hill Sports Book of the Year.

Following Grigory Rodchenkov’s win in 2020, organisers are looking forward to naming a new winner and judges now have their work cut out deciding on a brand-new first-time winner with no previous victors featured on the shortlist.

This is the second successive shortlist not featuring any football-related titles, and the only previous time that happened was in 1996. Football-themed books have been the most frequent winners – seven of them. However, there have been five previous boxing-related winners, five cricket- and two rugby union-.

Rob Burrow’s’ Too Many Reasons to Live is his inspirational memoir, documenting the Rugby League star’s battle with motor neurone disease and the incredible courage and resilience he has shown to keep fighting to the very end. Rugby is a continued theme this year, with Rugby Union also featured with authors Tom English and Peter Burns and This is Your Everest, telling the amazing story of the 1997 British & Irish Lions Tour of South Africa.

Jamaican commentator and former cricketer Michael Holding also makes the shortlist with Why We Kneel, How We Rise focusing on racism and discrimination in sport. The book provides a powerful look at the history of racism through the prism of sport, showing how we can change things through education and understanding.

Boxing writer turned author Tris Dixon uncovers the difficult truths of boxing and chronic traumatic encephalopathy in his book Damage and chronicles the lives of fighters affected by it. He interviews some of the sport’s biggest names, some lesser-known journeymen, and highly respected trainers calling for the sport to address the issue.

Ed Caesar’s amazing tale of little-known World War I veteran Maurice Wilson completes the shortlist with The Moth and The Mountain. Maurice had no knowledge of climbing and barely knew how to fly, but conceived a plan to fly a Gipsy Moth aeroplane from England to Everest all utterly alone. The book tells the story of his vision to become the first man to stand on top of the world. 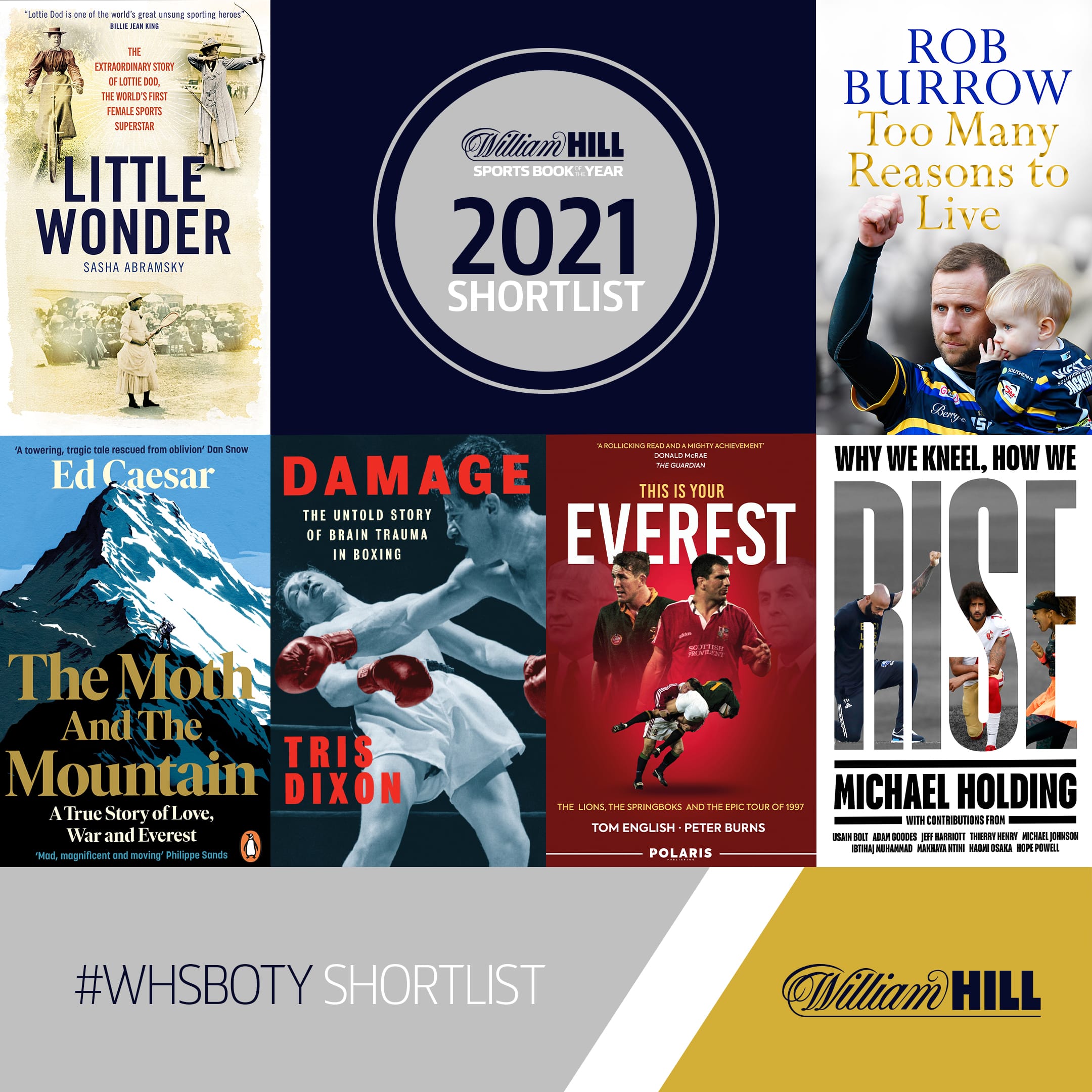 The official awards ceremony will be held on Thursday 2nd December. The winning author will take home the £30,000 cash prize and trophy, while shortlisted authors will each receive £3,000 and a leather-bound copy of their book.